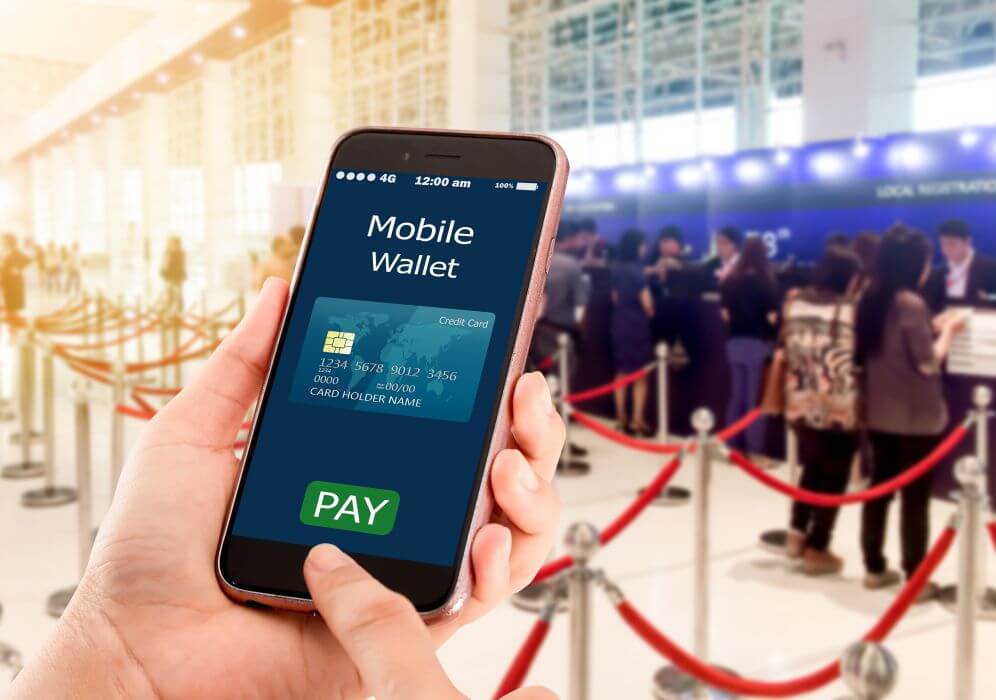 Bajaj Finance will now hold 12.60% in digital payments company MobiKwik, up from the 10.83% it acquired in August last year for about $35.2 Mn (INR 225 Cr). As per a stock-exchange filing, due to a change in the conversion price of compulsorily convertible cumulative preference shares (CCCPS), the company will now hold a 12.60% stake.

The non-banking finance company also revealed that it will not invest further in MobiKwik and readjusted its valuation of the digital payments company to about $279 Mn from $327 Mn.

Under the agreement signed in August last year, Bajaj Finance was to acquire 10 equity shares and 271,050 compulsory convertible preference shares (CCPS) of Mobikwik, acquiring almost 10.83% stake in the digital payments company and valuing it at $327 Mn. 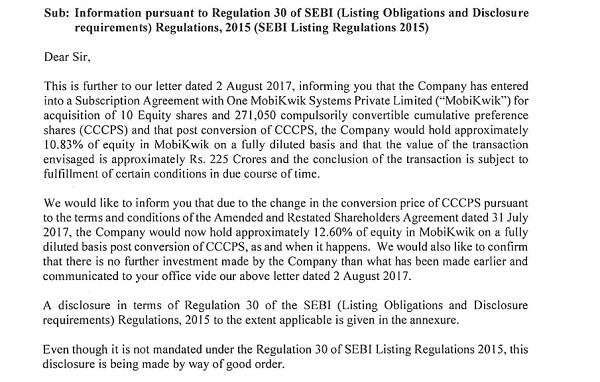 Bajaj Finance had added then that the “investment is intended to support existing line of businesses and to be used to develop front end application for users availing financial services from Bajaj Finance Ltd. Also to enable customers of our company to have a one stop solution for all debit and credit spends.”

An email sent to MobiKwik awaited response at the time of publication.

A Quick Look At What MobiKwik Has Been Upto Last Year

The round of funding from Bajaj Finance came after MobiKwik co-founder Upasana Taku stated in June last year that the digital payments company was in talks to raise a fresh round of $100 Mn-$150 Mn. This new round was expected to take its valuation to $1 Bn, making it a Unicorn.

At the time, Upasana had declined to disclose the details of the investors but said that there was at least one major strategic investor and a number of financial institutions that they were currently in talks with. MobiKwik expected to close that round in the next few months.

In October last year, the Gurugram-based digital payments company also partnered with Bajaj Finance for the launch of the Bajaj Finserv Wallet.

Started in 2009, by Bipin Preet Singh and Upasana Taku, the mobile wallet claims to have over 55 Mn users and 1.5 Mn retailers on its platform.

The company has raised a total of $151.9 Mn in 6 rounds of funding, to date. It had raised $25 Mn in Series B funding from Tree Line Asia in 2015. Japanese and Taiwanese investors also backed the company for an undisclosed amount in May 2016. This was followed by a strategic partnership agreement between MobiKwik and South Africa’s Net1UEPS and a $40 Mn investment by Net1UEPS.

Sudden change in valuation is something that Indian startups witness frequently. Just this week, the research firm of Morgan Stanley has marked up the valuation of home grown foodtech unicorn Zomato to $2.5 Bn. But given that MobiKwik competes with formidable players like Paytm in India’s uber competitive digital payments industry, this change in valuation from Bajaj Finance might raise concerns about its plans to becoming a Unicorn.  Paytm which had raised $1.4 Bn funding from SoftBank Group last year had seen its valuation rise to $8 Bn at that time.