MobiKwik Gets About $25 Mn From Tree Line Asia & Others In Series B; Plans To Raise Another $100 Mn

MobiKwik Gets About $25 Mn From Tree Line Asia & Others In Series B; Plans To Raise Another $100 Mn 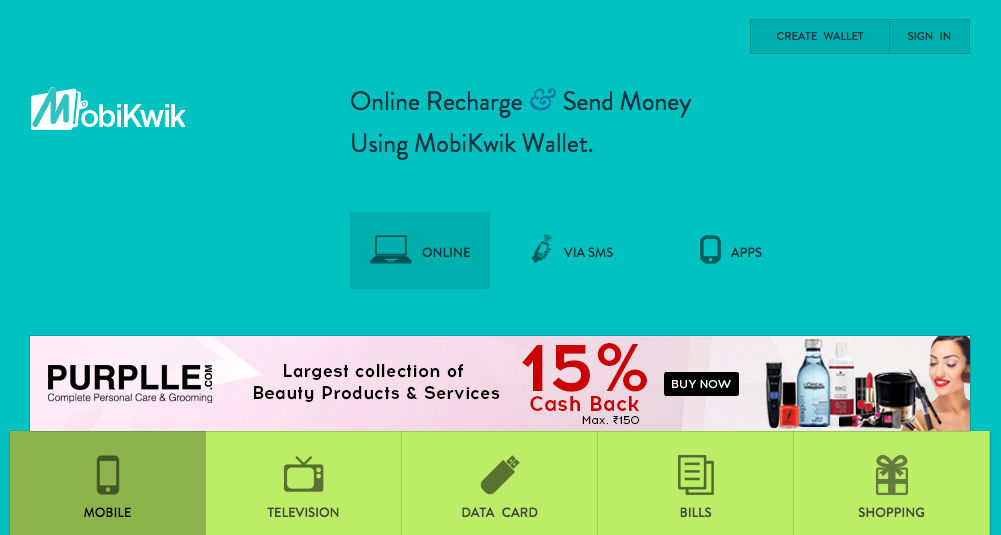 MobiKwik, Indian mobile wallet company with over 15 Mn users and 25,000 merchants, has announced that it has raised close to $25 Mn in a Series B round led by Tree Line Asia. The other investors who participated in this round include Cisco Investments, American Express and the existing investor, Sequoia Capital. The funds will be used for investments in technology/data analytics, brand building and growing the network of users and merchants.

Earlier, there were reports that the company was looking to raise over 100 Mn.

In 2015, MobiKwik has been focused on creating a pervasive brick-and-mortar retail network of more than 100,000 merchants across India. The brick and mortar retail stores will serve both as points for cash loading into the wallet and for wallet payments acceptance.

The company has also applied for a Payments Bank license in February 2015. With a potential Payments Bank license, MobiKwik plans to disrupt the delivery of financial services in India by using mobile technology to reach people that the existing banking networks have been unable to reach.

Bipin Preet Singh, Founder and CEO, MobiKwik said, “We have a 100% focus on creating a neutral, interoperable and widely accepted wallet. With over 15 million wallet users, and neutrality towards 25,000 merchants, we are now aiming for the next level of growth and building a ubiquitous mobile wallet for a billion Indians. With 90% of Indians being unbanked, simplified payments via a mobile wallet make perfect sense. Taking millions of Indians from cash to digital transactions and building a rich user profile to meet all their financial services’ needs, is our ultimate mission at MobiKwik.”

American Express’ investment in MobiKwik helps the payments company to play an active role in fostering the growth momentum of mobile payments in India. According to Sanjay Rishi, President, American Express South Asia, “MobiKwik has been impressive with its focus on a mobile-based product that customers love to use. American Express is a firm believer in the untapped potential of the mobile to make financial transactions easy and yet safe.”

MobiKwik’s new initiatives include a strong offline push with a recent tie-up with Café Coffee Day, where customers can pay for their coffee and snack across all CCD outlets via their MobiKwik wallet.

Alok Bardiya, Country Director, Cisco Corporate Development, said, “This investment demonstrates our focus on India and the belief we have in the country becoming a hotbed for innovation. Financial inclusion is a key pillar for the Digital India initiative and MobiKwik’s product innovation across the spectrum of mobile phones and platforms will help support the new Government’s vision by offering a more dependable and low cost solution that provides financial access to many.”

Ambit Corporate Finance was the exclusive financial advisor to the deal.

MobiKwik was started in 2009, by Bipin and Upasana Taku  its Wallet enables users to pay in a flash for their mobile recharge and bill payments, it has partnered with over 20,000 businesses like Café Coffee Day, PVR, Domino’s Pizza, Pizza Hut, TastyKhana, JustEat, eBay, Jabong, Snapdeal, ShopClues, HomeShop18 among others.

In the mobile wallet service space, MobiKwik competes with Paytm, Oxigen and Citrus; On the other side, major telecom service providers in India are also engaged in the mobile wallet space through mpesa(Vodafone), Airtel Money (Bharti Airtel), Mobile Money (Aircel) and mRupee (Tata Teleservices).