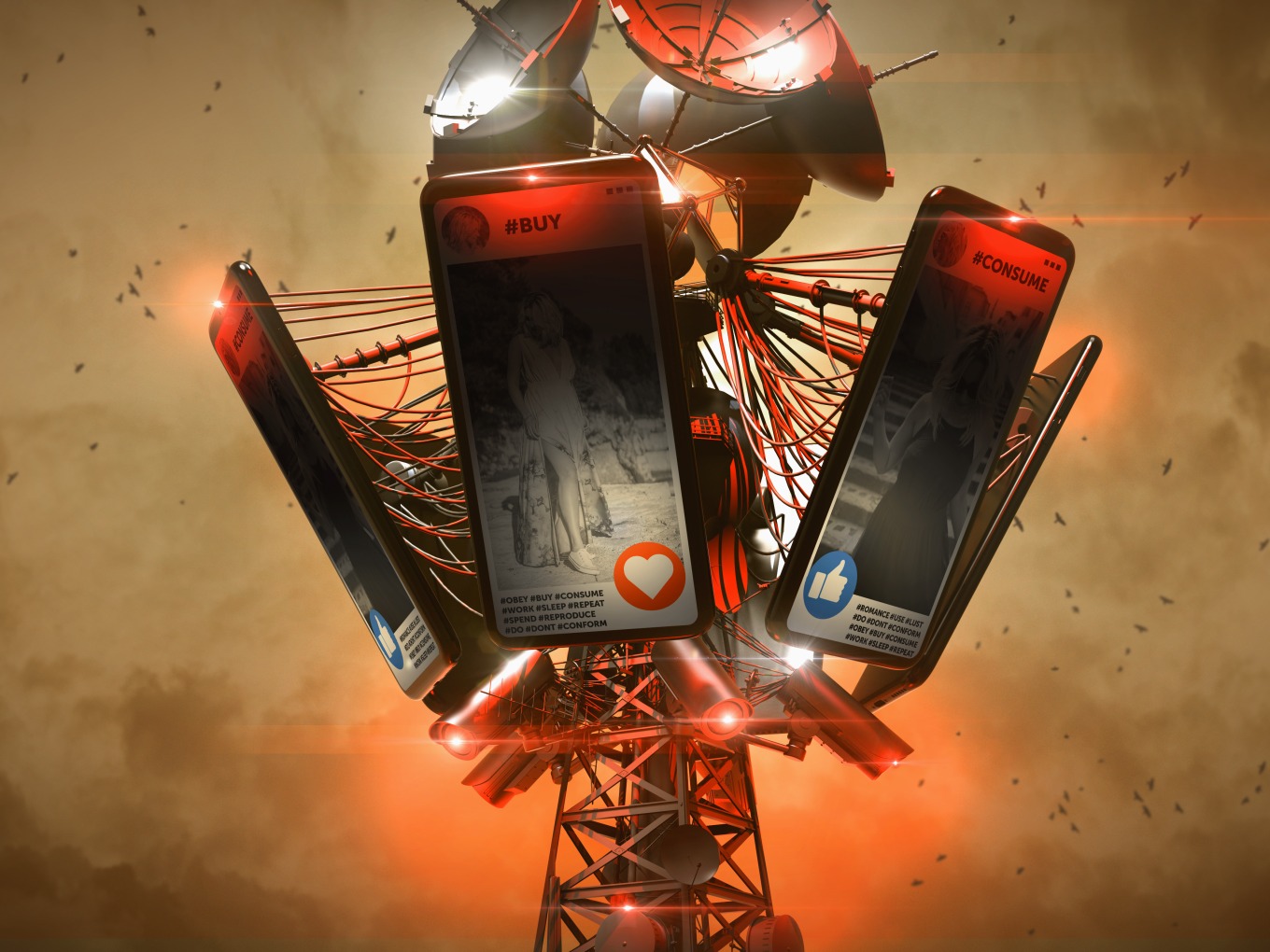 India’s controversial IT Rules, 2021 will go into effect from May 26, 2021 and increase the compliance burden on social media intermediaries

While Indian startup Koo has claimed that it has met the legal requirements, Facebook said it is working to comply with the rules

India’s controversial IT (Intermediary Guidelines and Digital Media Ethics Code) Rules, 2021 will go into effect from tomorrow (May 26, 2021) and it is set to impact the way users interact with social media platforms and increase the compliance burden on such platforms as well as OTT video streaming companies and digital publishers.

This kicks off a new phase in the life of social media intermediaries in India as they have to make several changes in how they function to comply with the rules. Those platforms that do not comply with the rules will lose their rights to use provisions under Section 79 of the Indian IT Act, 2011 which grant safe harbour protection to such platforms. It also opens them up to greater scrutiny under the provisions of the law, including monetary penalties and/or imprisonment.

Given the severity of the rules, many platforms have announced that they have complied with the terms and conditions of the intermediary guidelines. Last week, homegrown regional language microblogging platform Koo claimed it had completed its compliance processes and is now ready for operations under the new regime. Since the new rules only apply to significant social media intermediaries — the ones with over 5 Mn users in India — not every platform needs to make changes. Koo claims to have more than 6 Mn users.

Among the social media giants, Facebook has released a statement saying it is working to become compliant with the rules, but it did not say when the process would be completed. “We aim to comply with the provisions of the IT rules and continue to discuss a few of the issues which need more engagement with the government. Pursuant to the IT Rules, we are working to implement operational processes and improve efficiencies. Facebook remains committed to people’s ability to freely and safely express themselves on our platform,” a Facebook spokesperson said.

On the other hand, a Twitter spokesperson declined to comment on the question of compliance. Interestingly, Twitter is engaged in a major battle with the central government over ‘manipulated media’ tags on some posts by members of the ruling party Bharatiya Janata Party. While the government has told Twitter to delete the tags, Twitter has not acted on the directive. As a result, members of the Delhi Police’s special cell seemingly raided two of Twitter’s offices in India.

Inc42 has also reached out to Reddit for a comment on the same. The story will be updated as and when we receive a response from the company. Reddit is said to have 13.5 Mn users in India as per BackLinko.

The new rules were notified in February this year, and one of the key requirements is a three-tier oversight process for digital media and online curated content i.e. OTT platforms. It also tightens the noose around social media apps like Twitter, Facebook, and YouTube, which would be required to take down objectionable content/posts within 36 hours of receiving a complaint from competent authorities. OTT platforms like Netflix, Amazon Prime and Zee5 will also face stringent scrutiny from the government as per the new guidelines. All such intermediaries and digital media platforms are also required to appoint Chief Compliance Officers, resident grievance officers and other employees specifically to deal with the requirements under the law.

As per the rules, the government will also set up an Inter-Departmental Committee (IDC) consisting of representatives from various ministries, to look into complaints regarding online content on news portals, social media and OTT platforms. The committee will form the core of the oversight mechanism for digital media intermediaries. Video streaming or OTT platforms such as Netflix, Amazon Prime and Disney+ Hotstar would have to classify their content based on the age of viewers. Besides this, they have to appoint grievance officers to address viewer complaints and liaise with an industry self-regulatory body that would have authority over all such platforms.

The rules mandate a government-appointed inter-departmental committee (IDC), which could order cuts or censor online content based on the complaints it receives. Worryingly, the IDC’s authority overrides those of OTT platforms and their self-regulatory body. It can also take up complaints suo moto, without waiting for the video streaming platforms or their self-regulatory body to resolve those complaints. Under the new IT rules, the I&B ministry will frame a charter which OTT platforms need to abide by, which includes a code of practice for the industry.

Legal Challenges Against IT Rules

Soon after the rules were notified in February, India’s law and IT minister Ravi Shankar Prasad defended the new rules, which are widely being seen as a move to further government censorship of news, social media and OTT content. Prasad said while India will remain “tolerant” of online content, video streaming services need to be responsible and accountable for their shows and movies.

Among the challenges against the IT rules, several have been led by businesses that are directly impacted by the changes in the law. In April 2021, the Delhi High Court issued a notice while hearing a petition by a clutch of digital news media organisations challenging India’s IT rules. The petition was filed by the Foundation for Independent Journalism (FIJ), a non-profit company that publishes The Wire. The petitioners include MK Venu, director of The Fund for Investigative Journalism (FIJ) and founding editor of The Wire, Mangalam Kesavan, director at FIJ, and Dhanya Rajendran, founder and editor in chief, The News Minute.

The petition alleges that the new IT rules are illegal, as they seek to monitor and regulate digital news media portals, even though the parent statute (IT Act, 2000) doesn’t provide such powers to the government. Further, it points out that the IT Act doesn’t provide for the imposition of a TV programme code or regulation of news portals in any manner. However, this is sought to be done through the new IT rules.

The petitioners claim that even Section 69A of the IT Act, which allows the government to issue directions to take down certain content from the internet, doesn’t provide powers to dictate content to news media portals.

While social media giant Facebook has said that it would comply with the new regulations, it is also said to be considering a legal challenge to India’s new IT rules based on violation of the right to privacy. Facebook is considering filing an appeal alone or jointly with social media peers who will be affected by the rules.

Besides this, the Internet and Mobile Association of India (IAMAI) on April 9, 2021 prepared a final list of concerns from online video streaming OTT platforms such as Netflix, Amazon Prime and Disney+ Hotstar on the Information Technology Rules, 2021. OTT platforms have sought an extension to the deadline to comply with the new rules. IAMAI also wrote that the industry has asked for an additional three months to appoint grievance officers and implement the self-regulatory body (SRB), both of which are mandatory under the new law. The platforms also sought a year’s extension for implementing parental controls and an additional six months for other obligations such as content descriptors.

The IAMAI also contended that the government-run IDC shouldn’t get complaint referrals directly from the I&B ministry, and these should instead work their way up the three tiers, failing which the point of self-regulation would be undermined.

Should Smaller And Niche Platforms Be Worried?

While the threat of over-regulation is hanging over the social media industry and major intermediaries, as per the government, in the future, the new rules could be applied to any digital platform that disseminates information, publishes content from users or acts as a communication platform, even if it does not fit the definition of ‘significant social media intermediary’.

“The Ministry may by order, for reasons to be recorded in writing, require any intermediary, which is not a significant social media intermediary, to comply with all or any of the obligations mentioned under rule 4, if the services of that intermediary permits the publication or transmission of information in a manner that may create a material risk of harm to the sovereignty and integrity of India, security of the State, friendly relations with foreign States or public order,” the text of the guidelines states.

Further, the guidelines state that the rules may be applied “to a specific part of the computer resources of any website, mobile-based application or both.” This opens up the possibility of smaller players also being regulated in the same way as social media giants in the future, as they gain momentum even if that may be a temporary spurt in user activity.