The Delhi Police earlier sent a notice to Twitter India MD Manish Maheshwari, asking him to appear in the Lodhi Colony office of the Deputy Commissioner 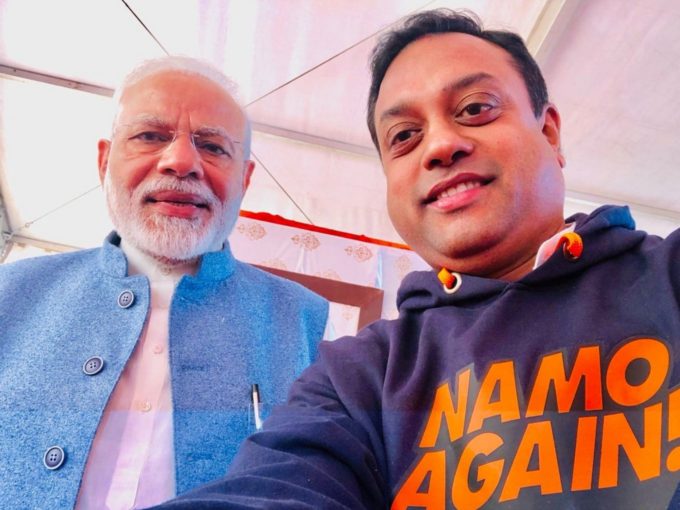 Twitter India’s offices in Delhi’s Lado Sarai and in Gurugram were raided by a special team of Delhi Police on Monday (May 24) evening, according to news agency ANI. Media reports say that the raid was related to an alleged toolkit prepared by the Indian National Congress to amplify the support given to Covid patients.

Interestingly, the social media giant had flagged a tweet by BJP spokesperson Sambit Patra as ‘manipulated media’ on Friday (May 21). Patra had tried to portray the alleged toolkit as a PR exercise of the Congress party on May 18. In the aftermath of Twitter’s action, the Delhi Police — which is under the direct control of the Union Home Ministry — sent a notice to Twitter India MD Manish Maheshwari, asking him to appear in the Lodhi Colony office of the Deputy Commissioner (Special Cell) on May 22. Also, the Indian government has reportedly asked the micro-blogging site to remove its “manipulated media” tag which was attached to BJP spokesperson Sambit Patra’s tweet.

According to a report by NDTV on May 21, the Ministry of Electronics and IT issued a “strong communication” to the global team of Twitter, objecting to the use of the “manipulated media” tag on BJP leader Sambit Patra’s tweet.  The report added that the government’s letter criticised Twitter’s move as “pre-judged, prejudiced and a deliberate attempt to colour investigations”.

“Such content moderation by Twitter puts a question mark on its status as an intermediary and its credibility as a neutral and unbiased platform facilitating the exchange of views by users,” the government added in its letter to Twitter.

“The Delhi police team went to Twitter office to serve a notice to Twitter, as a part of routine process. This was necessitated as it was to ascertain who the right person was to serve a notice, as replies by Twitter India MD had been very ambiguous,” news agency ANI quoted an unnamed source close to the developments as saying.

The social media giant has been in a constant brush with the government since last year when it opposed the Centre’s diktat to remove certain tweets and block accounts criticising three farm bills which have led to widespread protests.

In February, the Modi government had threatened Twitter India with jail time if it did not comply with takedown orders related to over 1,000 accounts in relation to the massive farmers’ protests across India. Overall, 1,178 Twitter accounts are said to have been listed in the takedown order, with many claimed to be bots amplifying misinformation in relation to the protests and the farm bills.

The government had alleged that those accounts have been flagged by security agencies as belonging to supporters of the erstwhile Khalistan separatist movement or “backed by Pakistan,” as per an ET report which quotes unnamed officials. The publication also claimed that the government has “taken note of” Twitter cofounder and CEO Jack Dorsey liking some of the more high-profile accounts and tweets, supporting the protesting farmers.

The mention of accounts being backed by Pakistan came after rampant misinformation and fake news on Indian social media around several international personalities who had tweeted in support of the protesting farmers. These included singer and actress Rihanna, environment activist Greta Thunberg and Meena Harris, the niece of the US Vice President Kamala Harris. The Modi government also released an official statement condemning some of these tweets, while a number of Indian celebrities also joined the fray with pro-government tweets, which many have likened to propaganda.