The Ministry of IT has submitted a request to Twitter, objecting to the use of the "manipulated media" tag on BJP leader Sambit Patra’s tweet

Twitter has been abuzz with putting the blame squarely on the central government for failing to procure enough oxygen, medication and vaccines 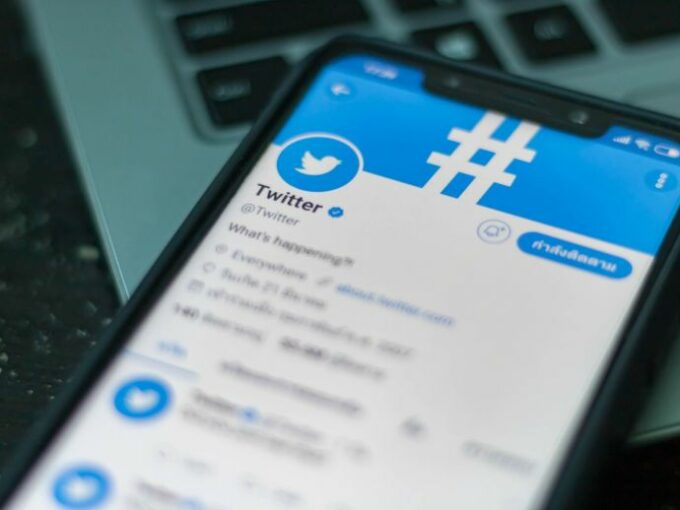 According to a report by NDTV on 21st May, the Ministry of Electronics and IT has submitted a “strong communication” to the global team of Twitter, objecting to the use of the “manipulated media” tag on BJP leader Sambit Patra’s tweet.

The report added that the government’s letter criticised Twitter’s move as “pre-judged, prejudiced and a deliberate attempt to colour investigations”.


“Such content moderation by Twitter puts a question mark on its status as an intermediary and its credibility as a neutral and unbiased platform facilitating the exchange of views by users,” the government added in its letter to Twitter.

On May 18th controversial BJP figure Patra in a tweet had alleged that his rival political party (Congress) had created a social media toolkit meant for smear campaigning the Narendra Modi government’s relief efforts for covid-19 victims. 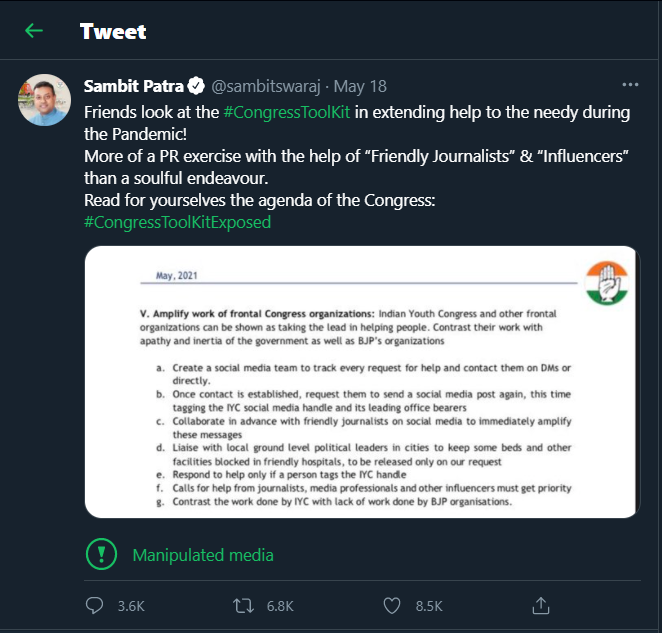 However, within hours of Patra’s tweet, Twitter included a “manipulated media” tag on his post. The Congress party also reportedly filed FIRs in Chhattisgarh and Rajasthan on May 18th, alleging that BJP leaders shared a fake “toolkit” based on manipulated screenshots.

In February 2020, Twitter had updated its policy on combating fake news which is prevalent on social media platforms. One of its policies includes labelling tweets, pictures, videos, GIFs, etc. found to be altered or manipulated.

“You may not deceptively promote synthetic or manipulated media that are likely to cause harm. In addition, we may label Tweets containing synthetic and manipulated media to help people understand their authenticity and to provide additional context,” Twitter said in a statement last year while updating its policies.


This isn’t the first instance of the Narendra Modi government targeting Twitter and other social media platforms. Earlier, Twitter had complied with a government order to take down tweets criticising the government’s response to the Covid pandemic.

As the public healthcare system cracks under the burden of the second wave of the pandemic in India, social media platforms like Twitter have been abuzz with many blaming the Narendra Modi government for failing to procure enough oxygen, medication and vaccines.