The vehicles will be released under the banner of Foxtron; a joint venture between foxconn and Taiwanese automobile manufacturer Yulon Group 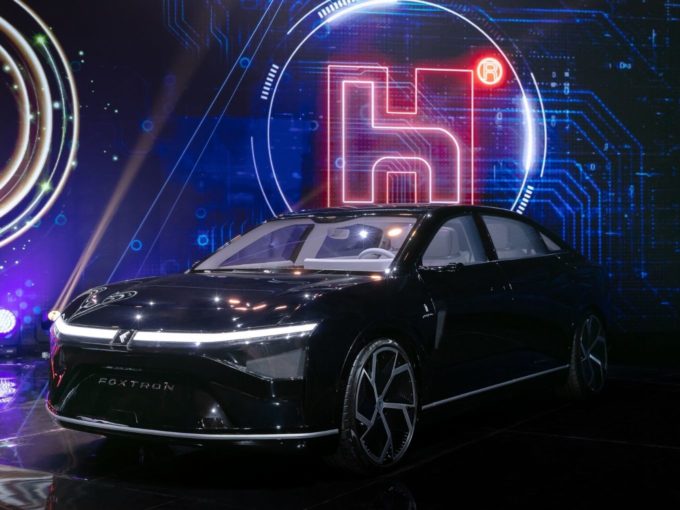 Electronics manufacturer Hon Hai Technology Group, known as Foxconn, unveiled a range of three electric vehicles during a company event held in Taipei on Monday. The Taiwanese company is known for manufacturing Apple devices including iPhones, iPads and the Apple Watch among others.

According to a Reuters report, Foxconn has plans to manufacture electric vehicles in India, Europe and Latin America. While speaking to reporters during the event in Taipei, Liu Young-way, the chairman of Foxconn group said that the company cannot speak about its plans for the three regions due to disclosure restrictions.

In addition to Apple, the company’s other customers include Dell, HP, Samsung and LG. The largest electronics manufacturer in the world reported revenues of $181 Bn in 2020.

In March 2020, Foxconn signed an agreement to get into a joint venture with Yulon Group, a Taiwanese automobile manufacturer. A couple of months later, the two manufacturers established Foxtron as a new automobile brand.

Model C: The SUV: The Model C is 4.64 meters long with a wheelbase of 2.86 meters and offers seating for 5+2 passengers including the driver. The car reportedly accelerates from 0 to 100 kmph in 3.8 seconds and has a company reported extended range of 700km.

Model E: The luxury sedan: The Model E sedan was jointly developed with Italian design firm Pininfarina and is aimed at high-end customers. According to the company, the car has an extended range of KM km and can accelerate from 0 to 100 kmph in a staggering 2.8 seconds. To put that into context, Porsche’s 718 Boxter, a two-door sports car with an ex-showroom price of INR 1.26 Cr, takes 3.9 seconds to accelerate from 0 to 100 kmph.

Model T: Low-floor city bus: The Model T is an electric low-floor bus built to meet the United States Federal Transit Administration (FTA) regulations and standards. The bus purportedly has a range of 400km with a maximum speed of 120kmph.

Despite the differences between Foxtron’s Model E and Model C, both vehicles share a platform that can be further adapted to work with other cars. In January this year, Foxconn formed a joint venture with Geely Holding group to ‘provide OEMs with customised consulting services’. The Geely Holding Group owns brands like Volvo, Lotus and Benelli.

Car import duties of up to 100% make it unviable for manufacturers to import and sell cars from abroad: they end up costing too much compared to the vehicles manufactured domestically. Elon Musk had famously spoken out about this issue earlier.

Between the import duties and the low labour costs in the country, investing in domestic manufacturing capabilities is a good bet for any company trying to sell vehicles in the domestic market.

These market conditions present domestic manufacturers a clear and distinct advantage when it comes to entering the EV market, which amongst other reasons, have contributed to an uptick in EV investments in India.

Similarly, startups such as Lohum and Gegadryne in the EV battery space have also received funds in 2021.