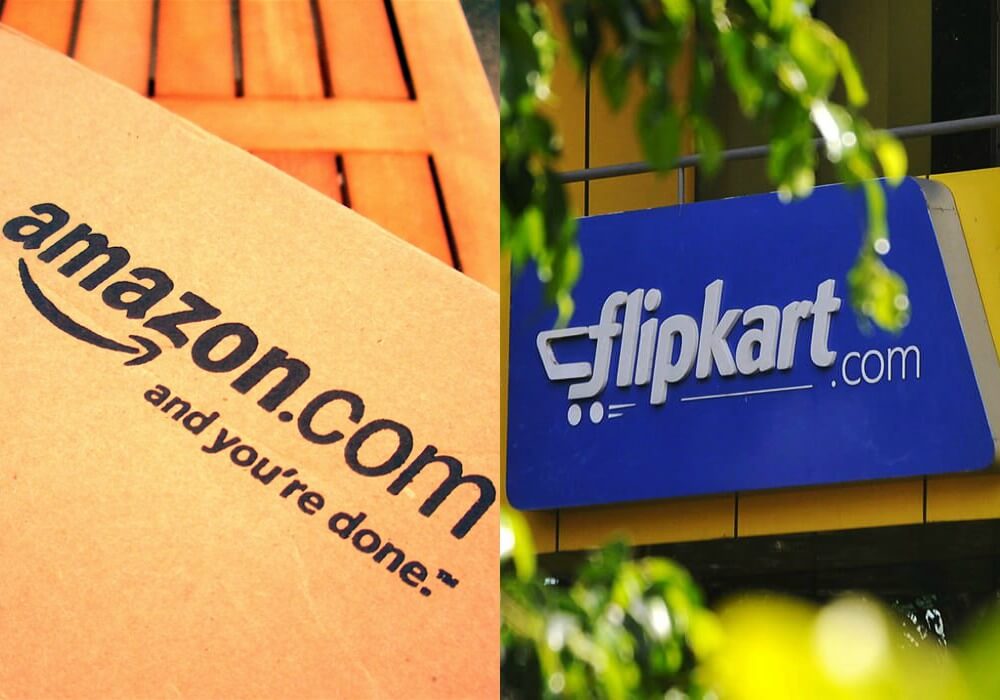 Global ecommerce behemoth Amazon is reportedly looking to acquire Indian rival Flipkart even as the latter remains engaged with Walmart for a proposed $7 Bn investment, as part of which the retail giant is eyeing a 25% to 51% stake in the online marketplace.

As per sources in the know, Amazon recently has already initiated exploratory talks to buy Flipkart. If the talks materialise, it might soon submit a rival bid for the homegrown ecommerce unicorn.

The development comes just a day after reports surfaced that Amazon India laid off nearly 60 employees from its recruitment team last week. The company has also reportedly put 25% more employees on performance improvement plans (PIPs) in the December quarter.

Refuting the claims, a spokesperson for Amazon said, “ As a global organisation, we have recognised the need to more organise our teams to keep us agile and help us use our resources optimally. Additionally, I would like to add that we continue to hire across multiple roles in India, with little over 4000 jobs being open for hire across various teams in India.”

Email queries sent to Flipkart’s and Amazon’s communication teams awaited response till the time of publication.

Walmart Vs Amazon: Who Will Get The Lion’s Share Of Flipkart?

Founded in 2007 by Sachin Bansal and Binny Bansal, ecommerce giant Flipkart continues to be a favourite of investors, despite numerous fluctuations in valuations. With popular fashion portals Myntra and Jabong, digital payments platform PhonePe and eBay India in its kitty, the online marketplace has raised over $6.1 Bn in funding till date from a bevy of investors.

Its last funding round took place in August 2017, when Japanese investment behemoth SoftBank led a massive $2 Bn-$2.5 Bn investment, as a follow-on to the earlier $1.4 Bn round from Tencent, eBay and Microsoft. The round valued Flipkart at $14 Bn.

Walmart, on the other hand, has been eyeing a stake in the Flipkart since 2016. Inc42 had then reported that Flipkart and Walmart were in early talks for an alliance. With talks between the two companies reaching the final stages, it is believed the Walmart is planning to invest in Flipkart through a mix of primary and secondary purchase of shares.

As suggested by sources, the $10 Bn-$12 Bn secondary share sale will take place at a discounted valuation. It was also estimated that if the deal goes through, Flipkart’s valuation will rise to $20 Bn from its current valuation of $14.2 Bn.

Recently, in the second week of March, reports surfaced that SoftBank was preparing to sell a part of its share in the company to Walmart. Other than SoftBank, investors holding substantial stake in the online marketplace – including New York-based Tiger Global, Accel Partners, Naspers and IDG Ventures – are looking to sell a portion of their shares in Flipkart, people closed to the development revealed.

Interestingly, both Walmart and its major global rival Amazon had announced their plans to invest over $300 Mn (INR 2,000 Cr) in India in a bid to build their network and to gain a share of the local retail market in January 2016.

Amazon, for instance, has already entered the food retail segment in India. The company started its pilot project in Pune, while also expanding its hyperlocal services arm Amazon Now in February.

Reports suggested that Amazon will now sell locally made and packaged food to the consumers directly and will compete with other leading online grocery and food retail marketplaces like Grofers, Bigbasket, Supr Daily, who received similar approvals from the government for food retailing.

Amazon, for one, has remained true to its commitment to the Indian ecommerce market through frequent capital infusions. Its latest interest in acquiring rival Flipkart is likely in line with its aim to emerge as the champion of the country’s burgeoning ecommerce segment.