Is Amazon Looking To Acquire Jabong?

Is Amazon Looking To Acquire Jabong? 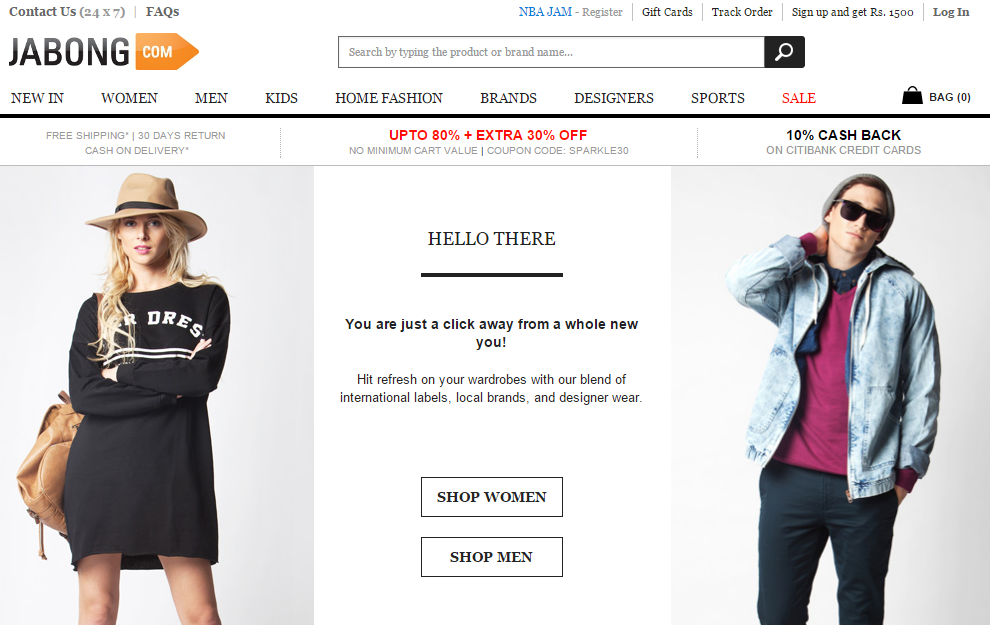 In his recent visit to India, Amazon’s CEO Jeff Bezos has said that he expects that fashion is one sector which will do well in India, due to presence of various regional fashion across the country. Seems, Amazon now wants to hit the chords of fashion online retailing in the country and stand up strong against Flipkart & Myntra, as the reports suggest that Amazon is in talks to acquire online fashion retailer Jabong.

No doubt fashion is one such category which leads the online retail segment in the country, even according to retail consultancy Technopak, fashion accounts for 25% of the online retail industry’s sales. Flipkart-Myntra as a combined entity has a market share of over 50% in fashion retail and Jabong holds 25%.

“After Myntra got acquired by Flipkart, Jabong is the ideal candidate,” said a person close to the development.

Jabong is a part of a global group after its investors German venture capital group Rocket Internet and with Swedish investor Kinnevik announced a merger of five emerging market fashion startups. The merged entity i.e. Global Fashion Group (GFG) is worth about 2.7 Bn euros or INR 21k Cr.

Amazon.in had marked its entry into Apparels in May this year, with the launch of ethnic and Indo-western wear for women in April and had launched intimate apparel store for women. It forayed into men’s apparel with the launch of the Denim Hangout and men’s innerwear stores on its platformin June. Acquiring a player which has already established its mark in this category appears to be a good buy for it, this can be a bit similar to what it did in US by acquiring Zappos in 2009.

We have written to Jabong for the same, however their reply is awaited.