Rocket Internet To Merge Jabong With Its Four Other Ecommerce Services 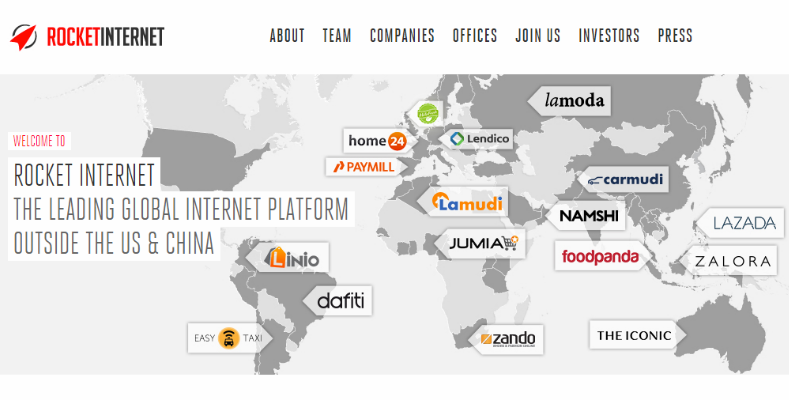 Berlin based startup incubator, Rocket Internet alongside one of its biggest co-investors, Kinnevik, has announced that it will be merging Indian online retailer Jabong with four of its fashion brands to form one single business. The combined entity will have valuation of $3.5 Bn.

The new entity will maintain separate inventories, business models and other tweaks within each market. According to Rocket Internet, GFG has some 4.6 Mn active customers, and counts more than 7,000 employees worldwide.

With this, substantially all the direct and indirect shareholders in the five ecommerce companies will contribute their shares into the newly formed group. The three largest shareholders in GFG will be Kinnevik (25.1%), Rocket (23.5%) and Access Industries (7.4%).”

Since launching in 2011 and 2012, the five have attracted more than 1 Bn euros in funding from investors including Kinnevik, Access Industries, Summit Partners, Verlinvest, Ontario Teachers’ Pension Plan and Tengelmann and still have about 350 Mn in cash as of June 30.

“GFG will be focused on capturing the massive growth opportunity of fashion e-commerce in emerging markets. Each of the business units will be able to build on the original Rocket platform and continue to leverage knowledge and expertise gained across 23 countries,” said Oliver Samwer, CEO of Rocket Internet, in a statement. “I look forward to working with our founders in accelerating GFG’s growth profile and development even further.”

The board of GFG will include Lorenzo Grabau, CEO of Kinnevik as chairman, Oliver Samwer, co-founder and CEO of Rocket Internet as deputy chairman and representatives of the other large shareholders.

This will allow the Jabong to tap into a global knowledge base and also give it access to new and large investors.

“By operating as a single entity, Dafiti, Jabong, Lamoda, Namshi and Zalora will be even more effective in expanding their leadership positions in their respective marketplaces,” said Lorenzo Grabau.

“We are delighted to have joined forces and have created a global fashion giant which is active in four continents. This will lead to an even better experience for us internally but also for our customers. We can rely on common sourcing, outstanding IT competencies and our experiences with private labels,” said Praveen Sinha. Though, he denied sharing any further details.

According to the Rocket Internet, all these five players have been developed now. Such as Jabong, has launched private labels Lara Karen and Sangria whereas Zalora has launched a namesake in-house brand and another called Ezra.

In context of India, fashion is seen as a hot category now, with Flipkart acquiring Myntra, and now Snapdeal too getting aggressive for fashion segment, Jabong is going to face a tough competition.  Let’s see how this association will help Jabong which is said to be second largest player in fashion and lifestyle category in the country to maintain a strong hold in this category.