After WhatsApp, Is Facebook Also Enabling A Payments Feature?

After WhatsApp, Is Facebook Also Enabling A Payments Feature?

While the current payments features are part of Marketplace, Facebook may soon enable Messenger payments too

Despite a petition pending with the SC and MeitY’s warning letter, WhatsApp continues to experiment with payments in India 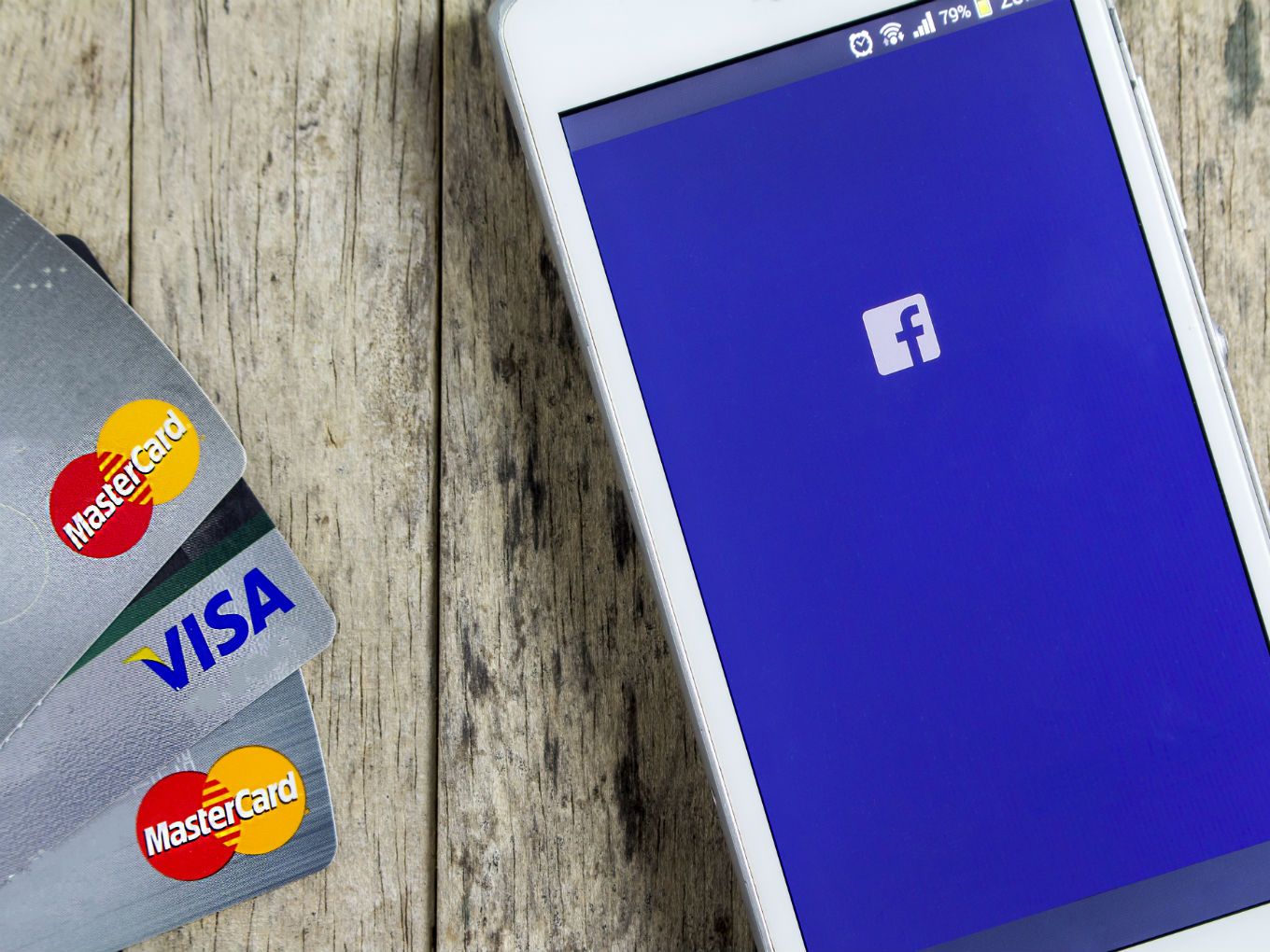 Even as WhatsApp’s payment service WhatsApp Pay is facing delays, its parent company, Facebook, is reportedly rolling out a payments feature through its Messenger app. Facebook plans to offer mobile recharges and top-ups as an extension of its Marketplace feature and has partnered with a number of companies, including telcos, to provide these services to its users.

Facebook Payments is currently available to users in a few countries such as the US, the UK, and France. The Messenger App enables free friend-to-friend payments feature.

The services’ links are even available on the Facebook timelines of some Indian users. 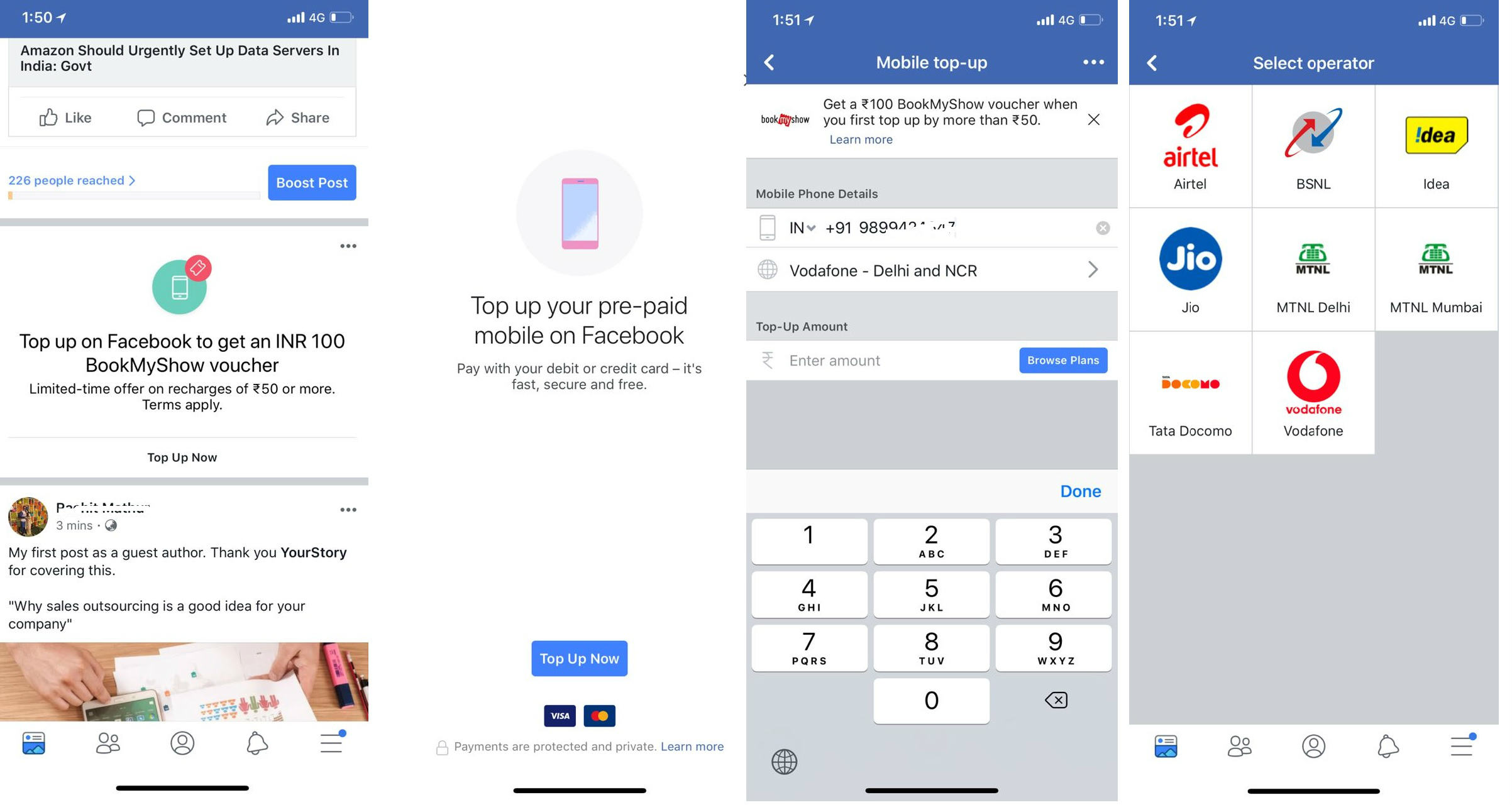 An email sent to Facebook did not elicit any response till the time of publishing this news. We will update the story as and when we hear from them.

A Facebook India employee told Inc42, “The Facebook Payments, along with the WhatsApp Pay project, has been delayed owing to the Cambridge Analytica data fiasco that occurred earlier this year. Further, compliance requirements too have changed and we are making sure we meet all the requirements before rolling a full-fledged feature.”

He added, “However, the top-ups, recharge, and event tickets are currently being introduced as part of Facebook Marketplace in different categories. Enabling Messenger Payments might take longer than expected.”

Be it WhatsApp or Messenger, Facebook aims to strengthen the P2P payments features instead of going towards a full-fledged payments feature. Assuming that cryptocurrencies are the ultimate way of making payments, experts are of the opinion that with the P2P payments platforms of WhatsApp and Messenger, FB founder Mark Zuckerberg wants to align himself on the right side of the technology.

In January, after banning cryptocurrency and ICO ads on its platform, Facebook, just a few months later, not only removed the ban but Zuckerberg also went on to set up a separate blockchain division and explore how P2P payments could benefit the Facebook ecosystem.

The importance of the project can also be understood by the fact that the company has appointed David Marcus, who was serving as the vice-president of messaging products and overseeing Facebook Messenger, as head of the blockchain group. Marcus, who was formerly the CEO of US online payments company Paypal and a director at Coinbase, a crypto exchange, comes in with just the right experience to help Facebook’s plans to introduce cryptocurrecies as part of its P2P payments facilities.

Marcus, who recently resigned from the Coinbase board, earlier stated in his blog post: “After nearly four unbelievably rewarding years leading Messenger, I have decided it was time for me to take on a new challenge. I’m setting up a small group to explore how to best leverage blockchain across Facebook, starting from scratch.”

Once launched, the cryptocurrency transactions facilities are likely to be made available in India as well, after existing regulatory roadblocks are removed.

However, there is a mixed reaction from the crypto community. One of Reddit’s Bitcoin community users remarked, “Why do we want to give Facebook more data about ourselves? It seems like centralizing an activity that should be decentralized. We don’t need a company to facilitate the transaction of Bitcoin. It is Peer to Peer. I send it…you receive it. I don’t have to send money to Facebook and have them forward it to you by charging a bank. Think about that, You have to give even more sensitive data to Facebook, who then uses that data to contact a banking institution to initiate a transaction to Facebook, who then creates a transaction to your bank. Bitcoin is so much simpler.”

What’s Up With WhatsApp Payments?

Meanwhile, despite the ministry of electronics and IT (MeitY)’s reported warning that WhatsApp must not launch its payments service in India until it gets a representation in the country, WhatsApp has apparently started rolling out its payments systems in India.

According to the Financial Express, WhatsApp’s Beta version users have started getting payments feature in their settings menu. The feature can also be used by directly selecting the ‘Payments’ option on the timeline. 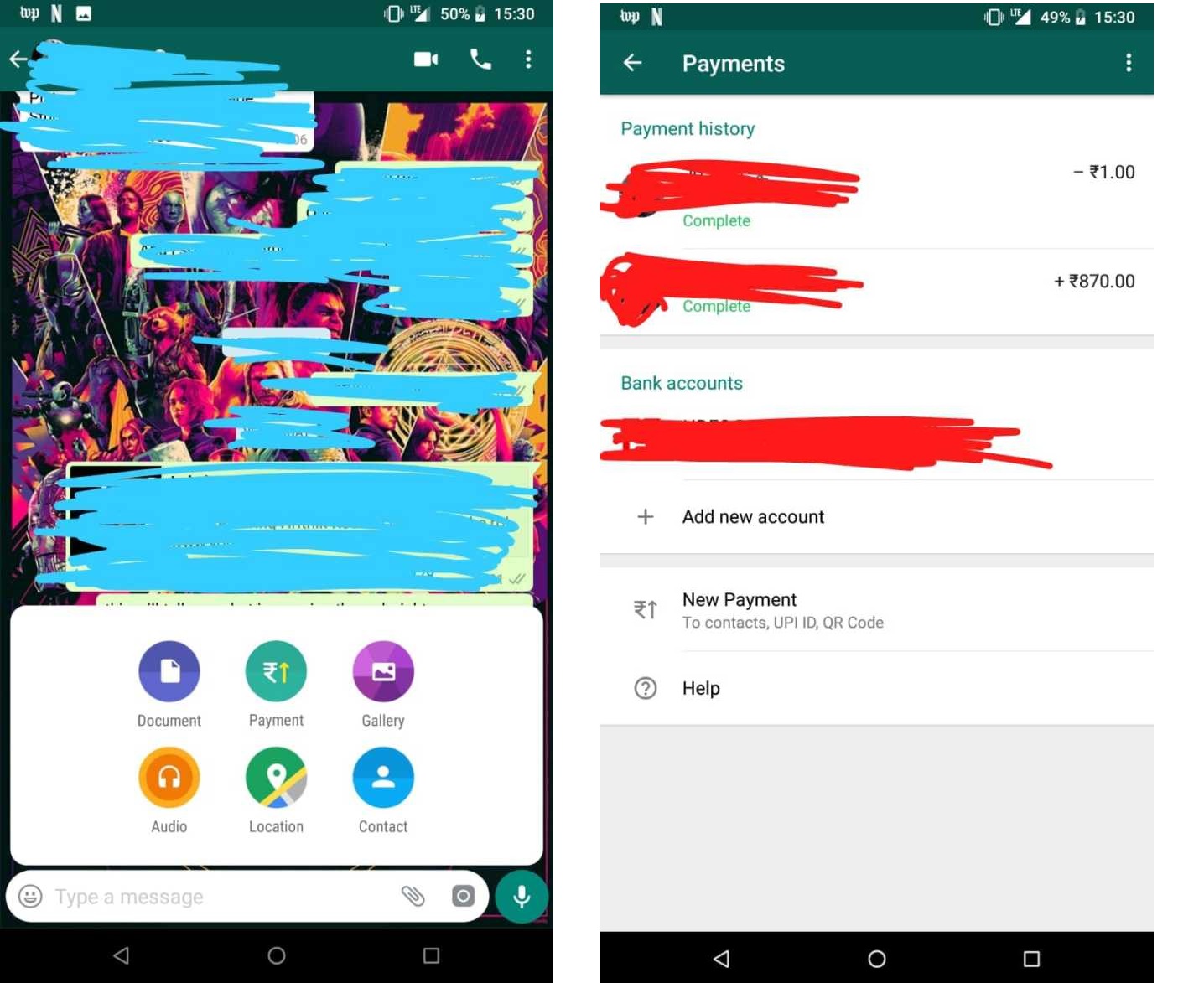 The company has already partnered with multiple banks such as ICICI Bank, Axis Bank and HDFC Bank and asks its payments users to meet their payments-related service terms.

An email sent to WhatsApp did not elicit any response till the time of publishing this news.

Inc42 team downloaded the Beta/testing version of WhatsApp. However, it didn’t find any payments options or payments update so far.

Earlier, Inc42 had reported that the MeitY had asked WhatsApp and its partner banks to furnish more details on the payments system. The ministry officials had also sought a response from the National Payments Corporation of India (NPCI) on whether WhatsApp Pay is fully compliant to the UPI’s terms and conditions, and expected the RBI to take necessary measures in this regard.

Declining to comment on the ministry’s letter, Anne Yeh, a WhatsApp spokeswoman told Bloomberg, “We are working closely with the Indian government, NPCI, and multiple banks, including our payment service providers, to expand the feature to more people.”

The MeitY warning came after a petition was filed before the Supreme Court seeking a direction to the Centre to compel WhatsApp to appoint a grievance officer in India for redressal of local complaints, as mandated by the RBI.

According to the RBI circular, a company offering payments solutions in India must have its offices and data server located in the country. This rule appears to be violated by WhatsApp, considering that it is a foreign company having no offices or servers in India.

The developments have come at a time when it was reported that almost 700K Indian users have been given access to payments feature.

Digital Payments Companies Look To Up The UPI Payments Game

The Indian government’s Unified Payments Interface (UPI) is one of the most advanced payments interfaces in the world. And owing to the huge population, the payments market potential that UPI enables is huge.

No wonder that leading digital companies in India — Paytm, Flipkart (PhonePe), Uber, and Ola — have already enabled the UPI feature in their payments wallets. And Facebook is looking to do the same.

An Uber spokesperson told Inc42, “Given our strong focus on technology, we are uniquely placed to partner with the Indian government’s vision of providing seamless mobility for the future. Supporting the government’s mission to transform India into a digital payments-led society, Uber’s initiative last year in partnership with the National Payments Corporation of India (NPCI) and banking partners Axis Bank and HDFC Bank, reaffirmed the ridesharing technology firm’s resolve to play a catalytic role in the mass adoption of fintech innovations such as BHIM/UPI for millions of riders and driver partners.”

It added, “Uber, like several other tech companies in India and around the world, depends on consumers being able to frequently make low value payments with minimal friction. UPI integration has brought bring millions of riders and driver partners into the digital payments ecosystem, offering them another secure and seamless payment interface and bolstering the nation’s digital payment revolution. Moreover, Uber has also partnered with Whatsapp Business globally for customized notifications and relevant content to promote enhanced connectivity and build Uber into a comprehensive digital platform.”

Another ecommerce giant, Amazon, has been testing UPI payments under its Amazon Pay wallet. While Inc42 was able to make payments using a UPI PIN at Amazon Pay, the company didn’t confirm whether the BHIM UPI features are currently available to all.

In an email, an Amazon spokesperson told Inc42, “We are excited about UPI as it democratises the payments experience for banked customers by simplifying mobile payments across 50+ banks and powering  use cases like money transfers. Amazon is one of India’s most downloaded apps with millions of users. By integrating UPI into amazon, we are looking forward to offering our customers a great payment experience, and thereby accelerating momentum for UPI.”

Meanwhile, the NCPI has launched its much-awaited payments update — UPI 2.0. More than 10 banks, including the SBI, HDFC Bank, ICICI Bank, and Yes Bank, among others, are said to be coming on board UPI 2.0. Many other banks are reportedly in multiple stages of updating the payment product. The process is expected to be completed within the next two months.

WhatsApp and Facebook are currently the number one and two communication apps on Google Play Store, and have the largest user base for any apps in India — Facebook at 219.94 Mn users and WhatsApp at 200 Mn users.

After launching their own full-fledged payments feature, Facebook and WhatsApp payments have the potential to disrupt the entire payments facilities in India.

But first things first. If they want to sell in India, they must store your data in India. And clear other regulatory hurdles.