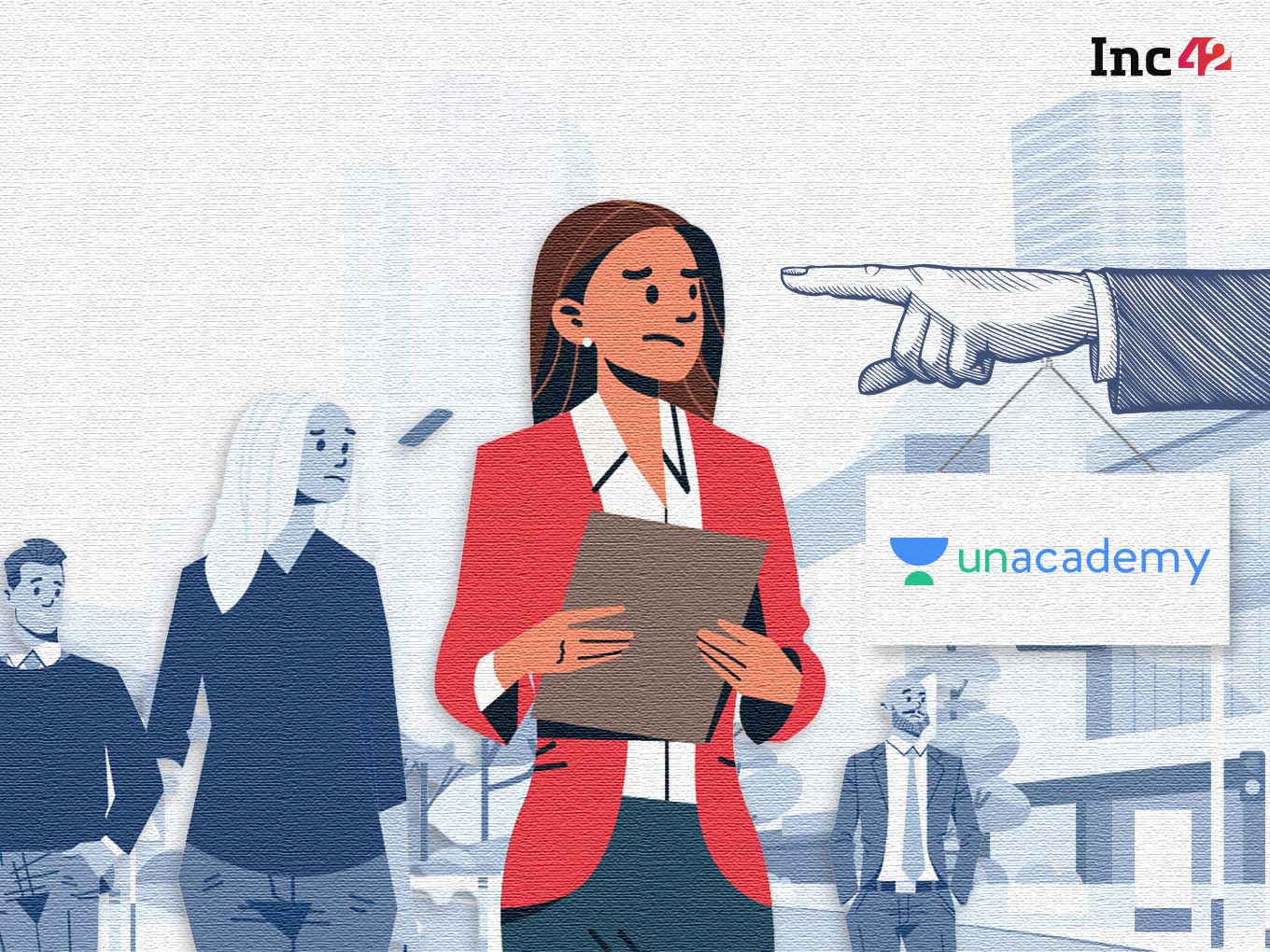 In most of the cases, the edtech unicorn has not renewed the contracts of these teachers, and in some cases, it has terminated their contracts

Bengaluru-based edtech unicorn Unacademy has let go off around 210 educators. People aware of the development requesting anonymity have informed Inc42 that layoffs were done as a cost-restructuring exercise and based on their poor performance.

“In most of the cases, the startup (Unacademy) has not renewed the contracts of these teachers and in some cases, it has terminated the contract of some teachers,” said a person aware of the development.

Of the 210 educators that were laid off, around 80% of the educators used to provide free lessons through Unacademy’s Youtube channel, and the rest were educators for Unacademy’s subscription-based model.

Unacademy is unlikely to refill the vacated spots at the moment. The edtech unicorn currently has a teacher base of 3,000, meaning 6.6% of the teachers have been laid off.

The second most valued Indian edtech unicorn has offered a one-month severance package to these teachers and has their extended medical insurance by three months.

“From time to time, Unacademy reviews, assesses and audits its businesses and verticals. Basis one such recent exercise, Unacademy has identified that there is scope to streamline some of its platform offerings and improve its learner experience,” an Unacademy spokesperson said.

“In this regard, roles of educators across categories have been re-evaluated such that engagements of a few service providers have either not been renewed or have become redundant. Consequently, we have parted ways with some educators in accordance with the terms of their contractual engagements. We value the contributions of all Educators, and we wish them all the best,” the spokesperson continued.

The development comes almost on the heels of Unacademy laying off 125 ‘consultants’ from its PrepLadder team. The fresh development has also come immediately after the edtech startup launched its experience store – Unacademy Store, for teachers to meet and interact with students.

With the onset of 2022, reports of employees being laid off from various startups have been resurfacing from time to time. It all started with Lido Learning, a Ronnie Screwala-backed edtech startup which had to let go off over 150 employees as the startup failed to secure a fresh round of investment. Later, OkCredit, a Tiger Global and Lightspeed backed bookkeeping app had to let go of 40 employees.

While in both the above cases, lack of funds might have resulted in the layoffs, the same cannot be said for Unacademy. The Gaurav Munjal-led Unacademy is at present the second highest edtech unicorn with over $3.4 Bn valuation. The startup has raised over $838 Mn across several rounds and is backed by marquee investors such as Sequoia Capital, Dragoneer, Tiger Global, SoftBank, General Atlantic to name a few.

Founded in 2015 by Gaurav Munjal, Hemesh Singh, and Roman Saini, Unacademy claims to have more than 50,000 registered educators and more than 62 Mn learners. It offers learnings in 14 languages across 5,000 cities. BYJU’s, on the other hand, the country’s most valued startup at $22 Bn claims to have enrolled 100 Mn learners on its platform. Last month, Inc42 had exclusively reported that Unacademy have forayed into the US with its medical test preparation courses.