After Make In India, Govt Pushes Apple, Samsung To Export From India

After Make In India, Govt Pushes Apple, Samsung To Export From India

The meeting was attended by top executives from 54 electronic companies 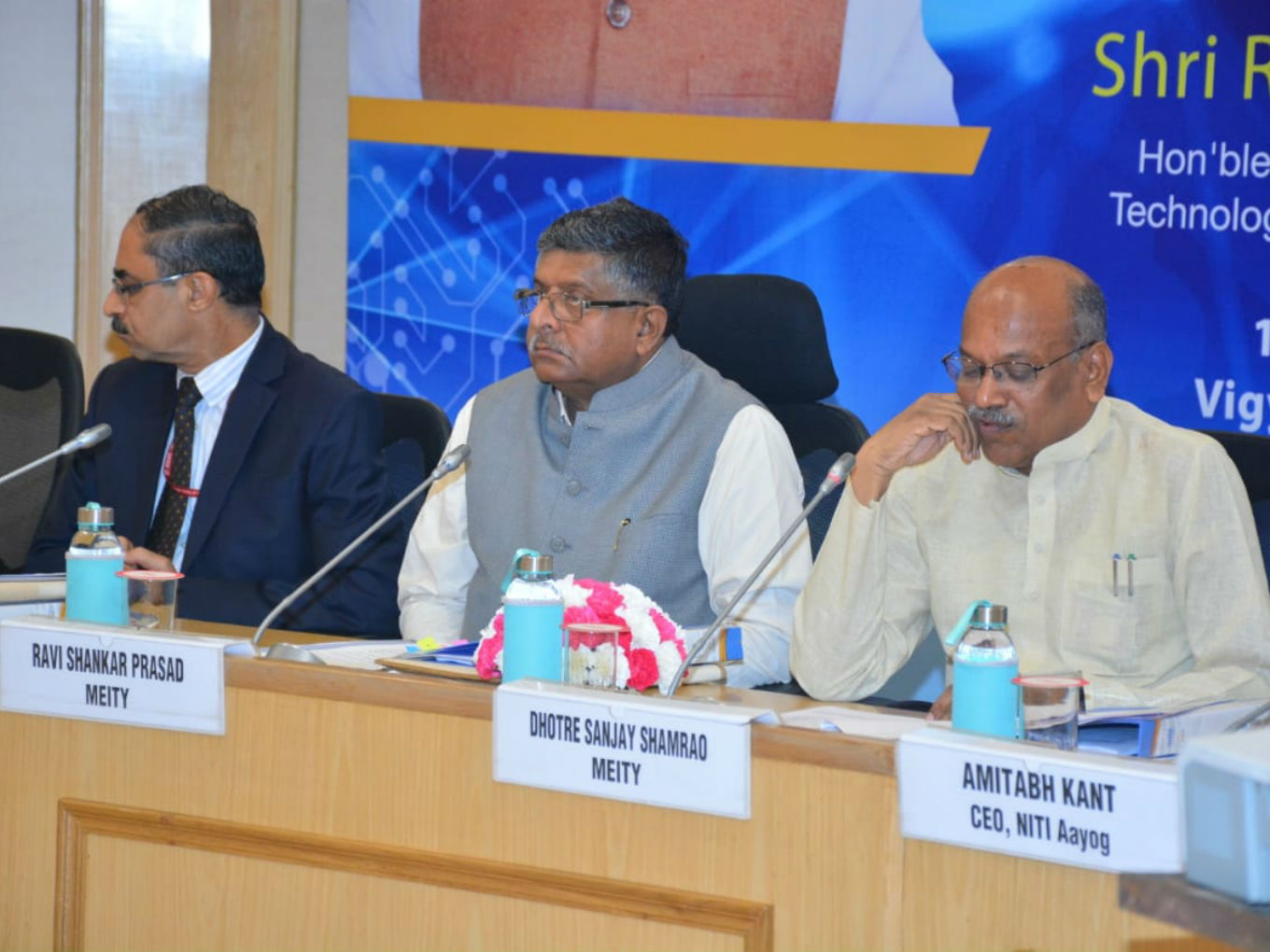 The government organised a roundtable discussion on Monday with chief executives of 54 electronic companies on the theme of “India: Towards a Global Hub”. The roundtable was chaired by the minister of electronics and IT Ravi Shankar Prasad who said that the time has come to make India a big hub for the export of electronics and components.

“India will offer you human resource, investor-friendly policies and incentives for making in India, and for exports,” he reportedly said. The minister urged global tech giants such as Apple and Samsung to expand their manufacturing base in India and use the country as an exports hub.

Apple and Samsung should, together with domestic companies such as Lava, transform India into a global powerhouse, Prasad added. “Apple has started manufacturing iPhones in India… making components and are exporting as well… Apple is on board as far as India’s success story is concerned,” the minister said. Prasad further added that the country has increased the production of electronics from $29 Bn in value terms to $70 Bn in 2019.

Eight industry bodies and officials from the ministries of telecom and commerce also attended the meeting. The concerns which reportedly arose were about the end of incentives, lack of focus on components, skilling, and infrastructure issues.

The minister assured that they have taken note of all the suggestions and will work on them. He further said that a task force will be set up to take care of the industry’s concerns and make sure that the industry has a favourable work environment.

It is to be noted that under the National Electronics Policy 2019, the government is aiming at a turnover of $400 Bn in domestic electronics manufacturing by 2025, of which $190 Bn is expected to be contributed by exports. It targets production of 1 Bn mobile handsets valued at $190 Bn by 2025, including export of 600 Mn handsets valued at $110 Bn. Hence, the push for global companies to manufacture and export from India.

Prasad also said that an inter-ministerial panel set up by the Prime Minister’s Office (PMO) has been working on policy to develop India as a hub for electronics exports. Led by NITI Aayog chief Amitabh Kant, the panel will release its policy within one month focused on how to further boost handset manufacturing, Prasad said.

The minister also said that a larger policy for the entire electronics manufacturing ecosystem will also be put in place in the next two to three months, which will include fresh incentives and sops to promote India as a global manufacturing hub.

Prasad said the government was working on a “plan” with bodies such as NITI Aayog on how to promote the global industry, including measures such as having a robust land policy, job creation, etc. “NITI Aayog will release the detailed policy… I will also be vetting it,” he said.

Ajay Prakash Sawhney, secretary in the Ministry of Electronics and IT, said that industry had mentioned about a need for new incentives, after policies such as the Modified Special Incentive Package Scheme (MSIPS) came to an end last year. “There are three new schemes in the making, the inputs received today will go into refining those policies,” he said. He added that the government will come up with policies and incentives to act as catalysts for the growth of the industry.

Further, Samsung is reportedly planning to invest INR 2,500 Cr ($360 Mn) to transform its India operations into a hub for components business.