After India, US Tries To Curb Sale Of Counterfeit Products On Amazon

After India, US Tries To Curb Sale Of Counterfeit Products On Amazon

US officials can raid warehouses and fulfillment centers 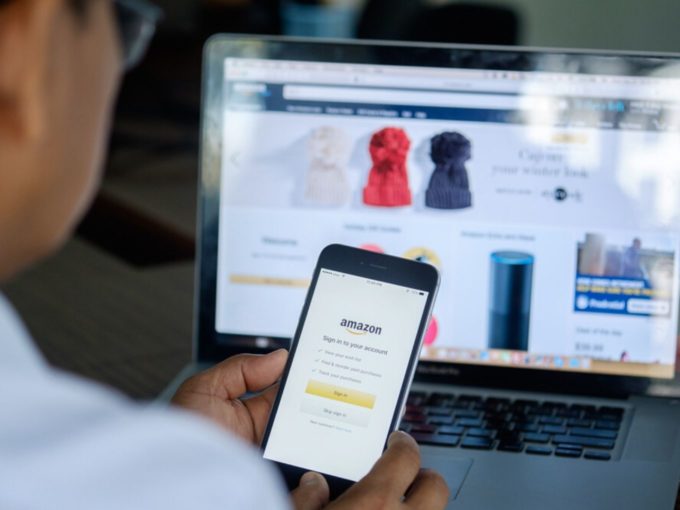 The sales of counterfeit products on the ecommerce segment is not something only India is grappling to tackle. Meanwhile, ecommerce giants — Amazon, Flipkart and others — which acts as a marketplace for sellers to sell their products online, always maintained that they have nothing to do with the inventory.

As the Indian government is working on ecommerce regulations, which will tackle issues like deep discounting, policies and the sale of counterfeit products online, news have surfaced that the Donald Trump-led US government has decided to take stern steps to tackle the issue.

As per a new report released Friday by the US’s Department of Homeland Security, the Trump administration is looking to curb the sale of counterfeit products on ecommerce platforms like Amazon.

The report added that law enforcement officials will soon start identifying cases where fake or duplicate products have been sold online, following which the US government will impose civil fines and other penalties on the ecommerce entities.

The report has also suggested the US government to set up a new legislation to “seek injunctive relief against third-party marketplaces and other intermediaries dealing in counterfeit merchandise.”

In February 2019, Amazon rolled out a “Project Zero” to put an end to the sales of counterfeit products on its platform. For this, Amazon relied on additional proactive mechanisms and powerful tools to identify, block and remove counterfeits. So far, over seven thousand brands have been associated with Amazon’s Project Zero across US, Europe and Japan.

What Is India Doing To Tackle The Menace?

The Indian government, in its Consumer Protection (e-Commerce) Rules, 2019 released in November, asked all the ecommerce platforms to take down sellers selling counterfeit products.

Moreover, the draft policy also stated that ecommerce players will be held guilty and secondary liable if it has made an “assurance” for the authenticity of a product and then it turns out to be a fake.

Back in 2018, the Commerce and Industry Ministry was looking to set up a mechanism to help the consumers who get duped by counterfeit products. The commerce ministry reportedly believed that counterfeit products cause erosion of brand value, reputation and goodwill of the manufacturers. Moreover, the ministry also reportedly noted that it leads to social and economic consequences, causing huge economic losses.

As far as Amazon is concerned, even the Delhi High Court has also pulled it up for selling counterfeit products. A year later, Amazon rolled out its “Project Zero” in India in November 2019. Several brands have participated in the pilot project to help Amazon to test Project Zero in the country.