The challenge has been launched in eight categories, from ‘work from home’ to ‘games’

Winners in each of the categories will receive cash prizes 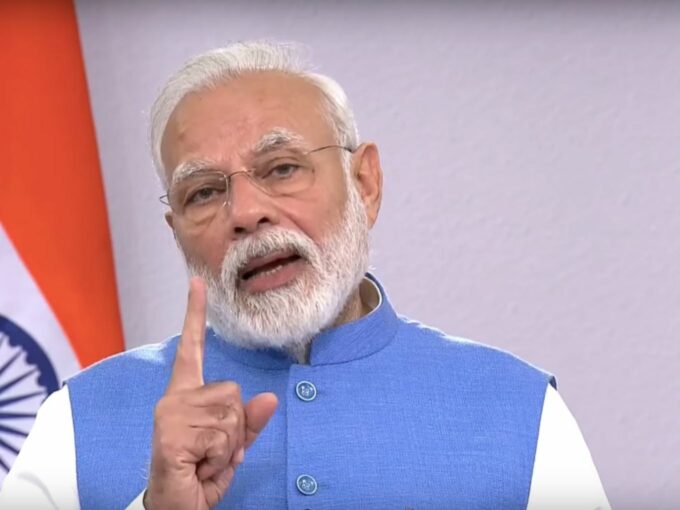 Modi announced the challenge on his official Twitter handle. 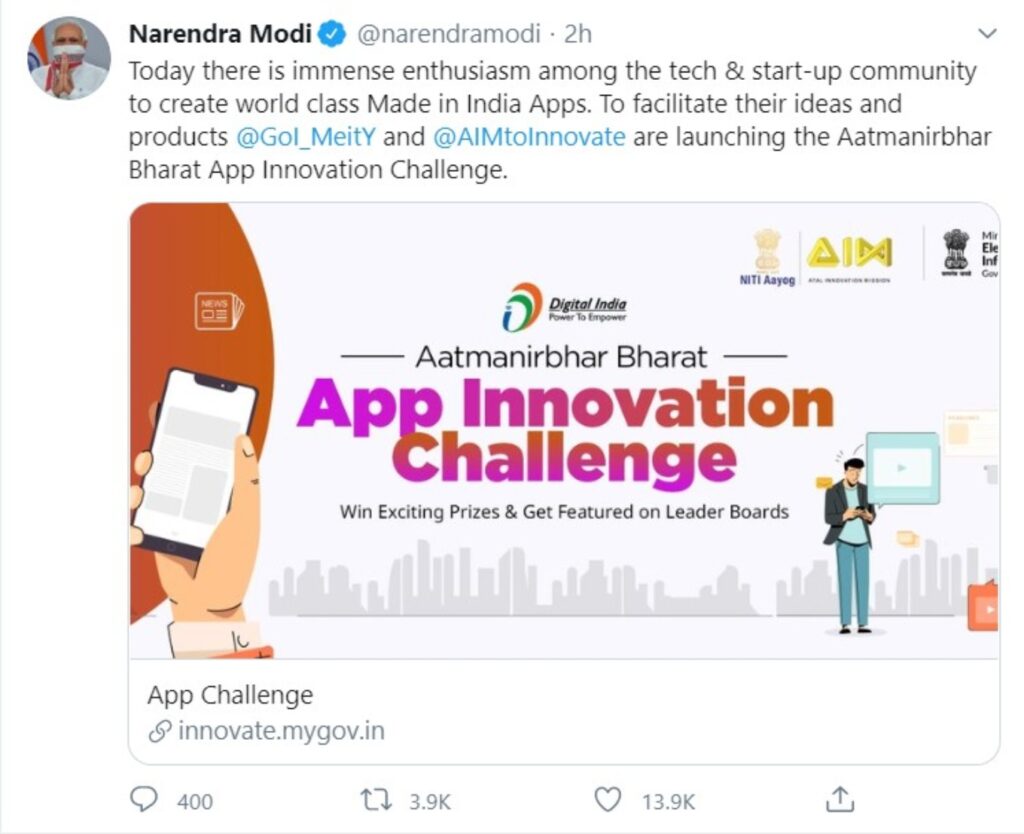 As part of the challenge, Indian startups will be incentivised to create world-class apps, also furthering the ‘Make In India’ and ‘AtmaNirbhar Bharat’ initiatives.

The challenge has been launched in eight categories, ranging from ‘office productivity and work from home’ and ‘health and wellness’ to ‘news’ and ‘games’. There might be several sub-categories within each category, surmised in some of the problem statements, one of which reads, “A robust indigenous anti-virus software for mobile devices.”

The challenge will have top performers winning cash prizes and rewards for their apps featuring on the leaderboards of their respective categories. The government has allocated ₹20 lakh, ₹15 lakh and ₹10 lakh for the first, second and third-placed apps in each category. There may also be sub-categories, where winners will get ₹5 lakh, ₹3 lakh and ₹2 lakh for first, second and third position, respectively. The mission statement for the challenge says that it will harness the talent in the country and foster an ecosystem, “where Indian entrepreneurs and Startups are incentivised to ideate, incubate, build, nurture and sustain Tech solutions that can serve not only citizens within India but also the world.”

As for the registration process, the challenge is available online at innovate.mygov.in and participants need to submit their entries by 18 July. The competition will be conducted in two stages. The first stage will be the screening process, where eligible entries will be screened, while the second will be the jury round, where app-makers will be asked to present a demo of their working app.

The competition seems to be an extension of the government’s call to encourage app-makers to develop a homegrown video-conferencing app after it issued an advisory in April against the use of Zoom due to data privacy concerns. The challenge is particularly relevant in the current times, given that India this week banned 59 Chinese apps for threats relating to national security. Fittingly, ‘security features’ have been listed as one of the parameters on which entries for this competition will be judged.