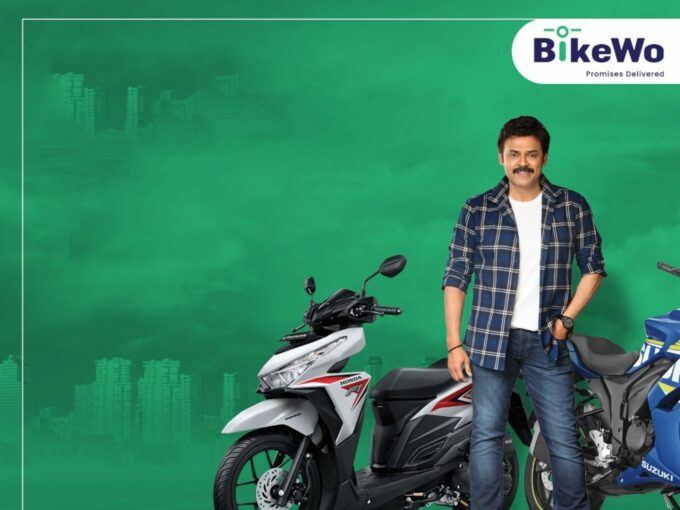 Popular Telugu film actor Daggubati Venkatesh has invested an undisclosed amount in Hyderabad-based EV services startup BikeWo. Venkatesh will also be doing brand endorsement for the startup, revealed a statement from the startup.

Founded in 2021 by Vidhyasagar Reddy and Manideep Katepalli, BikeWo is an electric two-wheeler servicing, charging and battery swap hub startup that aims to install 20,000 EV charging points across India by 2025.

Daggubati Venkatesh (known mononymously as Venkatesh) is an Indian film actor who works primarily in the Telugu film industry. In his career spanning over 30 years, he has won many awards including four Nandi Awards for Best Actor and six Filmfare Awards South.

“BikeWo is a brand that stands out in the EV space not only by laying the infrastructure for EV 2W charging and servicing but also by encouraging and creating entrepreneurs, especially women entrepreneurs, through its unique franchise network. I look forward to walking the futuristic EV adoption journey with BikeWo, and I’m committed to doing my bit in helping the brand in realizing its vision,” said Venkatesh Daggubati.

India’s EV market is expected to reach $152.21 Bn by 2030 growing at a CAGR of 94.4%. The Indian EV market remained mostly unaffected by the pandemic. Registration of new electric cars increased by 109% year-on-year in 2020 with 5,905 cars registered during the year.

The Indian government is also adopting a bullish stance on the Electric Vehicle production and penetration in the country. While speaking to journalists at a conference, Minister for Road & Transport, Nitin Gadkari spoke about the government’s plans to encourage foreign EV OEMs to manufacture in the country.

“His association with the brand marks a whole new chapter in BikeWo’s commitment to young Indians in the realization of their dreams and aspirations by serving simple and delightful two-wheeler service experiences, creating infrastructure for EV with battery swapping and charging points, and enabling entrepreneurship opportunities to BikeWo’s ever-growing network of dealer-partners,” said Vidhyasagar Reddy,  cofounder and chief operating officer of BikeWo.

Last month, rapid-charging startup Exponent Energy had raised $5 Mn in a Pre-Series A funding round led by existing investor YourNest VC. Other existing investors including 3one4 Capital and AdvantEdge VC also participated.

In the same month, electric vehicle (EV) charging startup CHARGE+ZONE had raised $10 Mn in a bridge funding round led by Venture Catalysts. CHARGE+ZONE plans to use the freshly raised capital to ramp up its existing charging network.