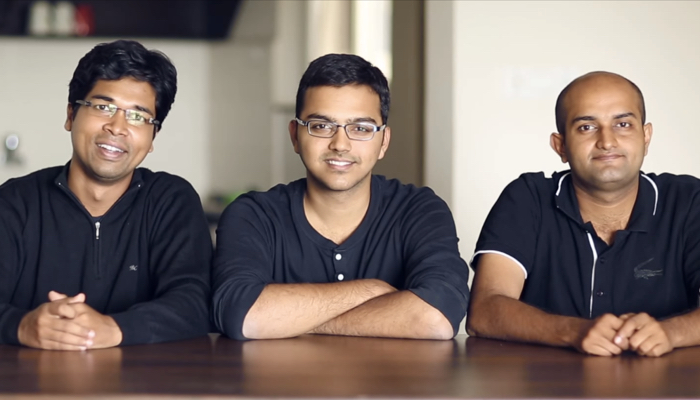 When it comes to the specific consumer product space in India, there are still a lot of constraints for an individual. These include areas such as having industrial designing expertise, getting into manufacturing, handling the inventory/distribution etc. Besides, the ecosystem is still very averse to hardware ventures/startups, given the slow (even though sustained) growth.

This problem around making product development agile and scalable is something that needs to be cracked for more innovations to come up. And, that’s precisely what Witworks is doing. Using the power of crowd and an agile product development process, Witworks aims at getting new and innovative consumer products to the market consistently, that keeps solving user problems as per changing times and needs.

The concept was initiated by three undergraduate students of IIT Kharagpur, viz. Somnath Meher, Ankit DP and Chandrashekhar Iyer, under the banner of Think Innoventions, registered in October 2011. Witworks was officially launched in March 2014.

The Witworks model enables users, i.e. people across the world to join the Witworks’ community and come up with solutions for everyday practical problems.

Conceptual ideas in their nascent stage can be put up on the online portal. The entire community can see, review and help improve the idea over a specific time span. Based on the community’s feedback and a series of expert evaluations, the top ideas are picked for development, i.e. brought out of paper and given shape as physical artifacts. While the users can invent, influence, or even invest on a new product, the entire engaging community gets to earn in the process.

The product development, launch and sales/marketing for selected ideas is facilitated by Witworks. The inventors receives 5% of the product sales revenues and recognition on the product packaging and all marketing collaterals.

As of now, the online (access by invite only) platform has over 1700 Makers signed up to submit, evaluate and engage over product ideas. The platform was made open to everyone in April, 2015 after 6 months of limited access launch.

Witworks’ pilot product Rewind, a unique solution to the problem of earphone entanglement, has sold more than 20,000 units so far. The company has earned around INR 22-23 lakh in revenues by selling Rewind to individual and corporate customers.

Recently, it has also launched two new products Trippy & Scrubbl, invented by Omkar Kulkarni and Bina Keshava respectively. While one of the products is a kitchen appliance, the other product is an audio streaming device expected to take large players like Google and other silicon valley startups in the same space head-on.

There are other international platforms like Quirky, Kickstarter, etc. which offer similar services. Whereas Kickstarter is no more involved after the funding campaign, on the other side Quirky works for a niche of product line and market. Another US-based startup, Tubestart also offers similar services in different domain. It provides creators with the right support, crowdfunding models, merchandise sales tools, network and brand integrations to bring their video projects to life.

At present, Witworks has been seeding the platform with a select initial set of users. One, It has been very closely engaging with the makers’ community of the country to get them onboard the platform. Secondly, it has been conducting an event called “The Witworks Experiment” across the country to promote the culture of invention, and get people to make new stuff. The first leg of this was held at IIT Kharagpur, and the most recent one concluded at Maker Fest, Ahmedabad!

Funding and Challenges Ahead

Witworks has a team of nine, started with a seed investment of about $20,000 from IIT Kharagpur. In October, 2014 the team further raised an Angel round of $80k The startup is currently gearing up for a bridge round/Series-A post it’s new product launches.

One of the major challenge at present is to make most of the processes streamlined and repeatable. Besides, crashing the development timelines was another big challenge. While engaging with vendors, especially in the manufacturing space.

The platform like Witworks, which works on revenue sharing model and provide all requisites under the same roof is no doubt a unique concept. Definitely, will be a compelling alternative for those who has the idea but can not afford the development cost of the product and multi-layer challenges during development phase.