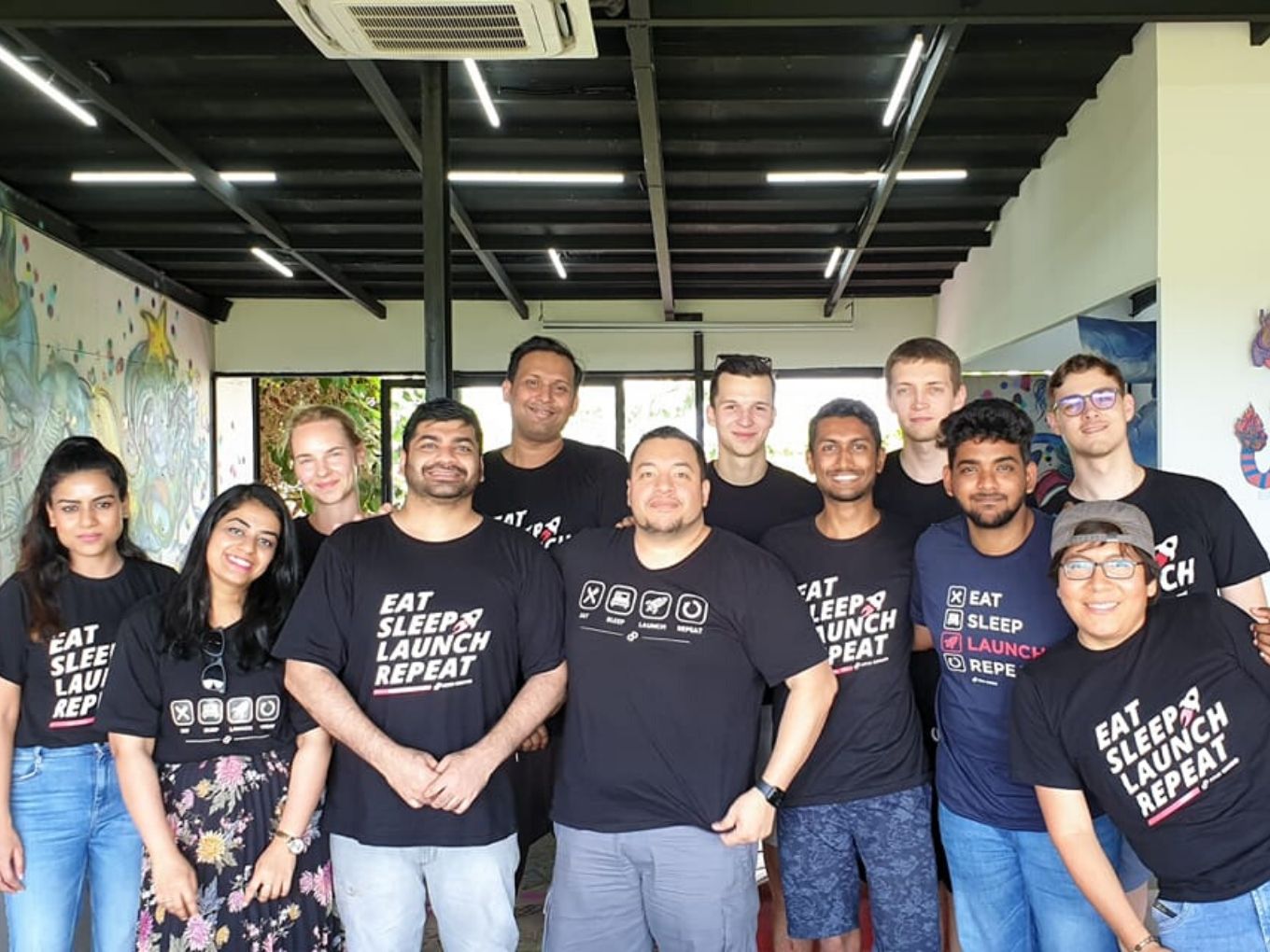 Founded in 2018, PitchGround offers SaaS products, early adopters and users from its network of B2B players

Since its inception, the startup claims to have supported the scaling-up journey of 27 startups

Be it Zoho, FusionCharts, Appointy or Wingify, there have been plenty of examples of SaaS startups bootstrapping their way in the Indian market. Of course, as with any other bootstrapped startup, the sense of independence that comes with having your own business, not caring about exits but focussing on growth, is liberating for founders. And in the case of the software-as-a-service industry, the success of the bootstrapped startups is a source of inspiration for new ventures.

The overall SaaS industry in India is estimated to have a market value close to $1 Bn, with a CAGR of 36%. And with enterprise tech startups Druva and Icertis making it to the unicorn club in 2019, it is not surprising to hear that the Indian market presents incredible opportunities for enterprise tech startups. Given India’s strengths in software development, SaaS startups have also been able to find ready buyers for their products in the global market.

But the first few years for any SaaS product is finding the right audience, the balance of features and agility and getting feedback from users or testers. And of course, there’s the question of how to attract funding to go after the big clients.

What Product Hunt does for web and digital products and services, PitchGround is attempting to replicate for the SaaS sector in India. In fact, PitchGround is taking it a step further as it is a SaaS company helping other SaaS companies raise quick capital without losing equity, getting early adopters and customers as well as feedback on improving the product.

Founded in 2018 and a bootstrapped startup itself, PitchGround claims to be profitable since day one and is helping other SaaS companies with the same goal.

“Compared to being funded, bootstrapping requires resourcefulness. Founders need to find unique and original ways of funding their growth/product. Yes, you grow slower but you maintain 100% freedom and independence,” – Udit Goenka, founder, PitchGround.

PitchGround: Growth As A Service for SaaS Startups

Three years ago, Goenka was trying to solve the pain points for salespeople with an application called FunnelBake. When it was time to launch the product, he hired a consultant to bring early adopters for the app. Unfortunately, the consultant’s advice did not bring in the results, but Goenka still had to pay them for the service.

This experience led him to dive deeper into the problems of launching a SaaS product—he met other SaaS startup founders who suffered the same fate as him at launch. This became the origin point for PitchGround.

“We are one of the fastest-growing SaaS marketplace and crowdfunding platforms. Our aim is to connect early-stage SaaS companies with early adopters and customers who are hungry to try out new products.”

What sets PitchGround apart from the competition is the education-first approach. “We provide a crazy amount of content to educate our audience about not only the product but also about the whole topic. We do webinars, record videos, interview founders and more,” added Goenka.

The founder told us that PitchGround is founder-focussed, which means that it has conversations with founders using the platform regularly to discuss new ideas, approaches and more. Businesses can also see how many users they have gained through PitchGround on a dashboard along with tracking usage and feedback.

Before working with any client, the team at PitchGround internally assesses the SaaS product, to understand whether it will be able to handle the increased traffic after it debuts on the platform, whether the startup has enough resources, team members and more. With actionable tips, PitchGround then helps startups improve their offerings by improvements in UI/UX, tech, customer flow and more.

Once the product is ready, PitchGround then structures a Lifetime Deal campaign, which is a special offering where customers pay once instead of monthly or annually. “Deals are often time-limited to just a couple of weeks which incentivises customers to take action. For a SaaS company, it means a huge influx of cash in a short time frame. Usually in the range of an average seed funding.” Goenka told Inc42.

PitchGround works on a revenue-sharing model with startups. This helps SaaS startups by giving them the strength of an enterprise-grade marketing team without paying a single cent upfront, explained Goenka. He gave us the example of MarketPlan.io, which raised more than $83K in just 21 days on PitchGround.

The startup not only helps SaaS startups gain early adopters but also helps them get feedback from users to modify and improve their products.

“Another success story would be of a company called ReThink (rebranded from Publist) which leveraged our platform to acquire as much user feedback as they could. Thanks to that, ReThink was able to secure multi-million dollar funding to massively boost their growth,” Goenka claimed.

Overall, PitchGround claims to have supported over 27 SaaS startups and helped them earn $1.6 Mn collectively in revenue.

The Journey Ahead For PitchGround

For any enterprise tech startup, a strong network of business partners is crucial for growth and scaling. This is especially true in the SaaS space as it helps build product credibility through real users. Claiming to have a network of over 50K B2B partners through ads, email lists and more, PitchGround is providing users with an easy way of attracting early adopters.

“We also run ads on multiple platforms, such as Facebook, Instagram, Google and more. On top of that, we have collaborated with influencers from the online marketing industry,” added Goenka.

While building PitchGround, one of the biggest challenges was to get transactions flowing in the first three months of their operations. That is when Goenka and his team decided to go with the approach of building a community of early adopters, which led to the growth that PitchGround could use to scale further.

As startups, PitchGround also had a hard time building a team to complement its operations. Being a huge admirer of ConvertKit founder, Nathan Barry, who built a company with 39 remote employees, Goenka also decided to start PitchGround as a company with remote workers.

Operating in multiple cities, the team of PitchGround is 100% remote making for a unique company culture.

Goenka revealed that Indian founders were the top earners through PitchGround and also had the most number of launches.

While talking about the future plans for the startup, Goenka said, “When it comes to the product and the scope of the activities we do, we want to widen our area of interest and add more unique, tech solutions. And we’re already building these things in the background and later in 2020 and 2021 we will start revealing them.”