Start ‘UP’ the Chill Maadi way!

Start ‘UP’ the Chill Maadi way! 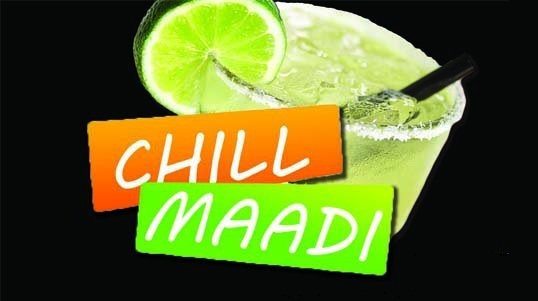 It’s all in that one moment when an ingenious idea strikes your mind and you set out on the journey of turning your dreams into reality.

For Gopal Krishna, who was then a first year B.Tech student at Manipal Institute of Technology, that moment came when he realized the need for a creative network in Manipal University. This was the beginning of Chill Maadi, an online magazine that appropriately catered to the readership at Manipal- providing them with all the happenings around in the campus.

With a vague idea in mind, the next step was to assemble a team that would manage the different aspects of the magazine. One after the other, he came across people who agreed to do the job. And hence was formed a team of ten members that put in their day and night into this venture. The hard work paid off and the first online issue got published in August last year. It had more than 3500 online readers. The magazine received a very positive response from the colleges at Manipal University, which motivated the team to give their cent percent to it. The team was expanded. The subsequent issues were even more popular with the student mass, hence making Chill Maadi popular as the cool campus magazine. The website, which came up in December, surpassed all expectations with 1.5 lakh hits in less than 5 months!

What started off as an online magazine, evolved into a full-fledged print magazine this May with its first print issue which sold 1500 copies. Coming into print was a dream that Gopal Krishna was determined to realize. There were a number of roadblocks- lack of professionals, lack of finances and a limited network. There were competitors in the form of other online portals. Also, there was always a threat of losing quality human resources, as there were better opportunities in the Manipal University campus. But regular motivation, proper teamwork and an effective publicity helped Team Chill Maadi cross all the hurdles and achieve a decent stand in just a year.

As Chill Maadi rolls into its second year, it promises to achieve new targets and spread itself from the small town of Manipal to the rest of the South Canara Region before taking a step to go national. The region has a huge young crowd and making a popular cult youth magazine is very much possible. In the Next six months, it expects to reach 4 new colleges in 3 different cities other than Manipal.

However, this does come with a set of challenges. The major setback is the limited finances, which every startup has to encounter. Besides this, getting local permissions and sponsors is also an erratic and a time consuming job. Even after crossing this hurdle, there’s always a challenge of motivating the team to keep working. This has been planned to achieve by providing regular incentives and credits for work.

The path of entrepreneurship, though lined with immense challenges, is a very exciting one. A strong perseverance in achieving the goal is the key to success. And to top it all, the most important thing is a vision, says Gopal Krishna.

Throughout the centuries there were men who took first steps, down new roads, armed with nothing but their own vision. –AYN RAND