Knowing WHY you are doing your startup, not just HOW.

Knowing WHY you are doing your startup, not just HOW. 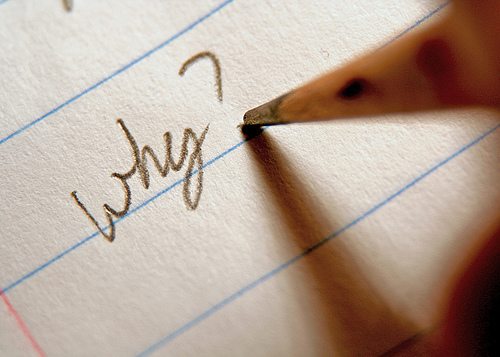 You have a great idea. It could change the world.
You’re already imagining how your idea will affect people around you. It’s time to startup you say.That’s amazing.

But look before you leap. Is this the one idea that could define you?
Are you be prepared to leave everything else that you’re doing and make this the only thing in your life.

Everybody has ideas. There are always more good ideas than good people willing to pursue them. Complaints are just ideas phrased wrongly. Think about it.
It isn’t the uniqueness of your idea that will make it a success or the lack of it that will bog it down. The growth of your startup will be driven by how much you yourself believe in it. Believeing in it, doesnt mean you find it interesting or that the idea (and the eventual success) fascinates or excites you. This initial enthusiasm will run out. But if you want to succeed in your startup, what you need is a reason, a really strong reason that connects your startup to you.

You shouldn’t be doing it because it will look good on your resume or just because it’ll be fun. Starting up is isnt just a venture, its a lifestyle. So it’s essential that you do something that connects with you, resonates with your life, rather than something that just seems fascinating or lucrative.

As Simon Sinek explains so very well in this TED talk:

The Why of what you’re doing is much more important that the How.

Apple doesnt just sell computers, it sells its whole image of thinking different and going against the stereotype.
When starting up, too many people are caught up in the HOW. they think on the lines of “We could use to X to build the fastest Y” or “I’m good at A, so i can make a great B”.
You can compete only for so long on a competitive advantage, sooner or later someone will come up a better or cheaper version of whatever you’re doing.  SO isn’t it better to connect with consumers on a much deeper level by selling them your vision rather than just your product.

Know WHY before you know HOW.