With a slew of freemium games, the Pune-based startup has $1.3 Mn funding from Dream Incubator, AET Fund & others

At the outset of the nationwide lockdown in India, Paytm CEO Vijay Shekhar Sharma said in an AMA session with Inc42 that this pandemic will earn gaming a permanent place among Indian consumers. Almost five months since that day, with most Indians still limiting physical interactions to the minimum and the statement holds true now more than ever.

As per Sensor Tower data, India saw close to 2.7 Bn game downloads in Q2 2020 over 50% higher than the 1.8 Bn downloads in Q1 2020. This was the highest number of game downloads around the world, followed by the United States and Brazil. This shows that the pandemic has indeed pushed Indians to look for newer forms of entertainment.

According to SuperGaming CEO Roby John, this consumer shift has come now because unlike YouTube and other passive consumption options, games are an interactive experience that also provides context to conversations. “You are talking to friends about what happens in the game and at the same time you are also talking about other things in life,” he added. 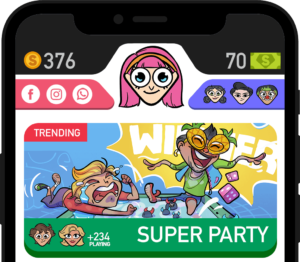 SuperGaming is a social gaming platform for casual games. Launched just in June 2020, the app is expected to have features like group chat, voice calling, and game highlights among others. Currently, its list of games include Ludo Hero, Banate Raho (a version of the popular Pysch! for Indian audiences), Bull Fight, and Road Fight (driving and action) among others. The app also aggregates games that can be downloaded separately from the app store like Ninja Race and Gun Game.

“Games like Fortnite are the new social network. They are a much more fun and authentic way of hanging out with friends than commenting on photos. However, these games are restricted to a more hardcore gaming audience. What we are building is a party hub around casual games, which is accessible to a much larger audience,” John told Inc42.

He claimed that the games on SuperGaming are curated across categories to keep all interest groups in mind. It includes hardcore shooter games like battle royale but also our large category of casual trivia games. “We will only provide highly polished games here that we’ve been working on for three to five years, which have a day 1000 retention of 3%,”he added.

Headquartered in Singapore with a development office in Pune, SuperGaming was founded by John, Navneet Waraich and Sanket Nadhani in 2019. John was previously the cofounder CEO of another gaming startup June Gaming, which is known for games like MaskGun and Ninjump Dash. Prior to that, he was also a cofounder at Y Combinator-backed educational games startup TapToLearn, so the SuperGaming founder has deep experience in the category. 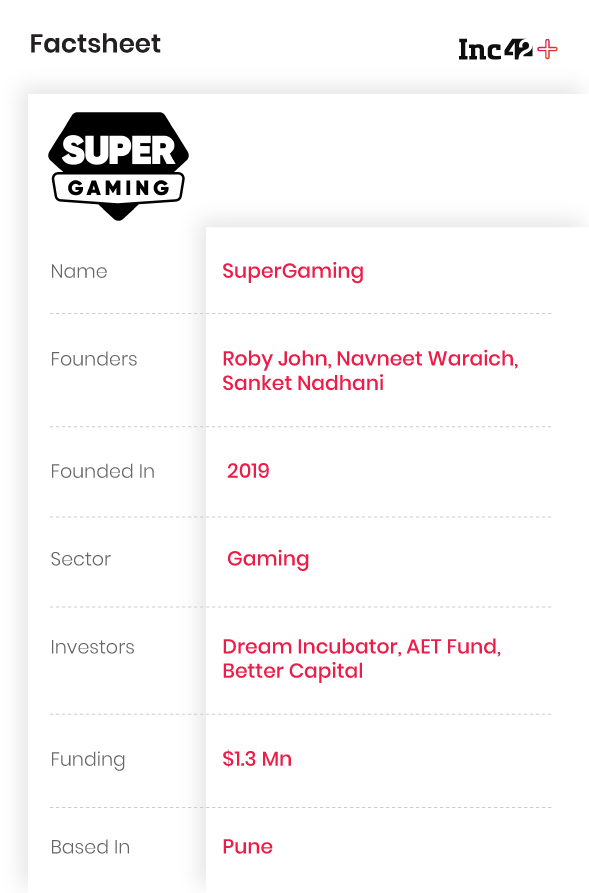 Competing With A Bustling Gaming Field

SuperGaming has so far raised $1.3 Mn in seed funding from Dream Incubator, AET Fund (the venture arm of Akatsuki) and India’s Better Capital in late 2019. Global platforms competing with SuperGaming include Plato, Hago and more, while in India, the likes of MPL, WinZO, Zupee and others have also garnered a major share of the audience with their multi-game platforms as well.

Speaking to Inc42 last year, MPL’s VP of engineering, Kaustubh Bhoyar said that following a multi-game approach allows startups to cater to a wide audience. “If you start building your own games, it takes lots of effort and time and you will still be limited to a few games. However, we have been able to cater to a varied segment of gamers. For instance, people are now looking for multiplayer games and we are providing that.”

However, this approach requires startups to be on the hunt for new IP and games as they scale up, and certainly requires plenty of capital. MPL, for instance, has raised over $40.5 Mn, while WinZO raised $5 Mn in Series A funding in July last year. The round was led by Kalaari Capital and messaging and payments platform Hike. Further, Zupee raised $8 Mn in its Series A funding round led by Matrix Partners India with the participation of Falcon Edge Capital, WestCap Group, Orios Venture Partners.

But the key difference in SuperGaming is the social media-focussed features. According to John, SuperGaming has been able to get a deep understanding of its users, over the years. “We are really good at understanding our target demographic about what they really like. We spent a lot of time talking to people everywhere to collect very specific information about users like their monthly budget, preferred games etc,” he added.

Banking On Analytics For Freemium Success

Another competitive advantage of SuperGaming is that the founding team has over two decades of experience in game development. At June, John and Navneet Waraich worked on a gaming engine that helped developers track user behaviour. The June engine was capable of collecting data like how many matches a user has played, their winning rate, device type and even in-app spending history. Access to such data, enabled the company to understand user patterns and leverage them to achieve in-app purchases, noted John.

Even though the June engine is not being used in SuperGaming, Waraich, who created June, is working on a similar feature set for SuperGaming.

SuperGaming’s monetisation model follows a ‘free to play’ or freemium approach with in-app purchases and subscriptions. John claims that the new game engine helps the company to track every purchase that a user makes in the game including currency, gems, diamonds — everything is tracked in the system. Such tracking eventually allows the company to notice certain patterns emerge.

A good freemium model looks like a recurring subscription, said the Supergaming cofounder. He claimed that once a player makes a significant purchase on the app and it improves their game, it incentivises them to continue making similar purchases. “If you spend more money and get a better gun which helps you win more matches — it inspires you to keep upgrading. It is similar to why users pay for Netflix subscriptions, to get the assurity of new and better content every month.

The initial launch of SuperGaming will be limited to 14 Tier 1 cities in India. Some of the customer acquisition strategies for the app include social media advertisements and Google universal app campaigns. The reason is to tap the core gaming audience in these cities and not the casual gamers who may want to join purely for rewards.

“Eventually this ends up attracting all classes of people,” claimed John, adding that the social network for gamers will only succeed when the engaged audience is into gaming and not just there because of trends.

But such filtering out of users might prove to be a tough task, if indeed SuperGaming achieves the network effect. Given the fact that Tier 1 cities have a higher density of casual gamers than Tier 2 cities, the targeting might not be foolproof.

Focus on Tier 1 audiences also limits SuperGaming’s addressable base in India, where about 60% of the population lives in non-urban areas and prefers to converse in regional languages. Most of the games on the SuperGaming are tailored for Hindi speaking audiences with the use of Hinglish phrases and references to Bollywood pop culture, which is again a strange way to try to attract Tier 1 gamers, who largely prefer English in everyday online communication and are more habituated to Netflix than Bollywood these days.

SuperGaming plans to do a launch before Diwali, around October 2020. “As a creator, I am trying to make that last game after which I don’t need to make anything. Unlike any other profession, in game development, you just have to make one really good thing that people will continue playing for years,” said John.

With inputs from Amit Raja Naik.