From a single centre just three years ago in the bustling Connaught Place (CP) in New Delhi to nine live centres across the country today, Innov8 has established a firm footing for itself in the vast pool of coworking spaces in India. Innov8’s latest centre was inaugurated recently in Delhi-NCR’s weekend paradise — Cyber Hub in Gurugram.

The company, which was founded in 2015 by Ritesh Malik, has managed to build a strong community of over 4,000 members across its centres in India. Malik has backed several startups in his personal capacity.

Innov8 has hit many a milestone in this short span and is redefining coworking in India. It has onboarded 190 companies as members and claims have a 95% occupancy across all its centres. Its clients include well-known names such as Vice Media, Ratnakar Bank Limited (RBL Bank), and Swiggy. 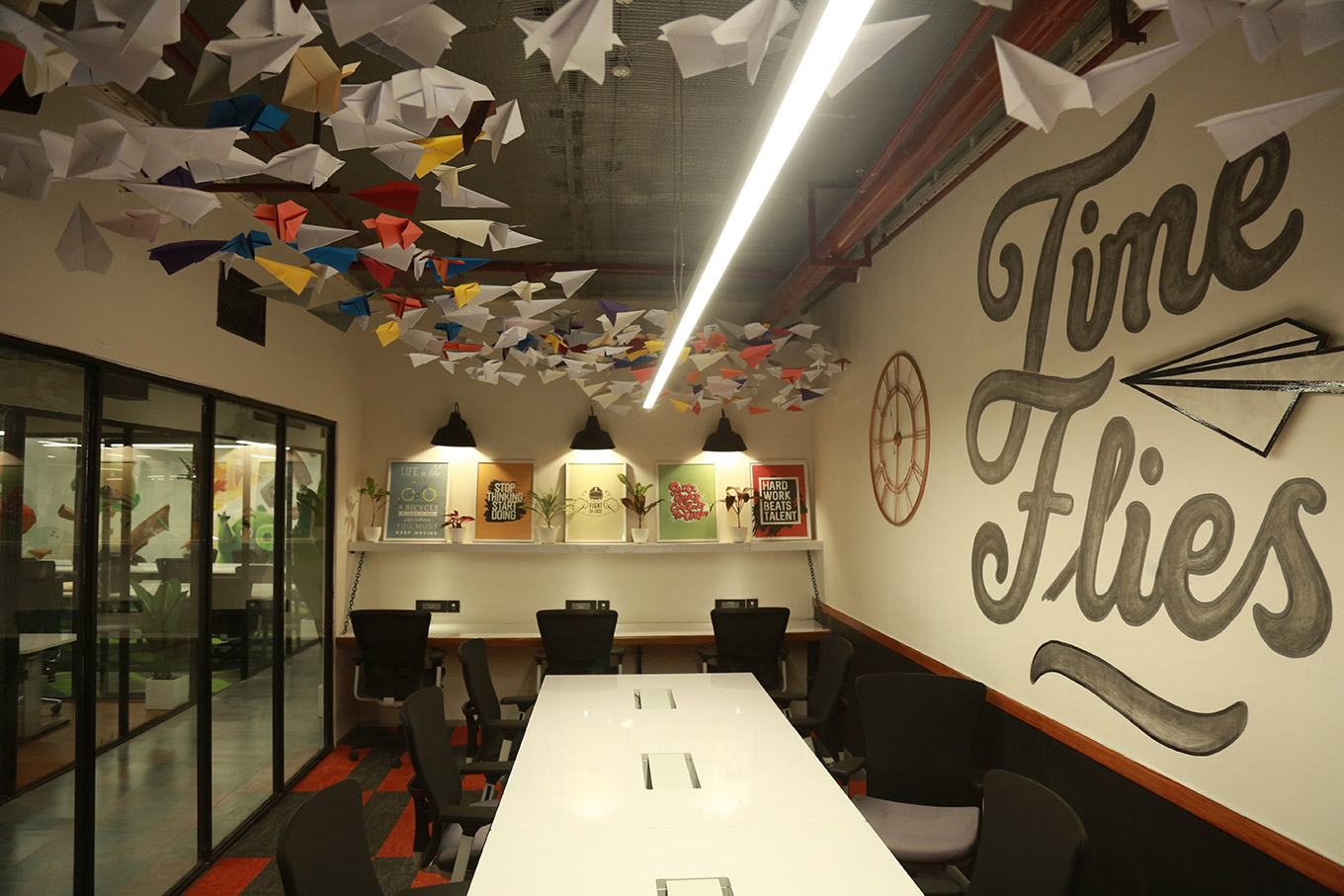 The Growth Driver At Innov8

When Innov8 was starting out, startups had just started becoming mainstream in the Indian ecosystem and the atmosphere was electric, with everyone wanting a piece of the startup pie. Malik zeroed in on the coworking space as he saw potential there and ended up building and developing Innov8. The idea was to provide the best infrastructure and design facilities to members and empowering them by offering a world-class office space.

“Building a high-class product at a value-conscious price with world-class service is our key strength. Going forward, the focus is scaling the model and integrating more verticals under shared economy space,” emphasises Malik. 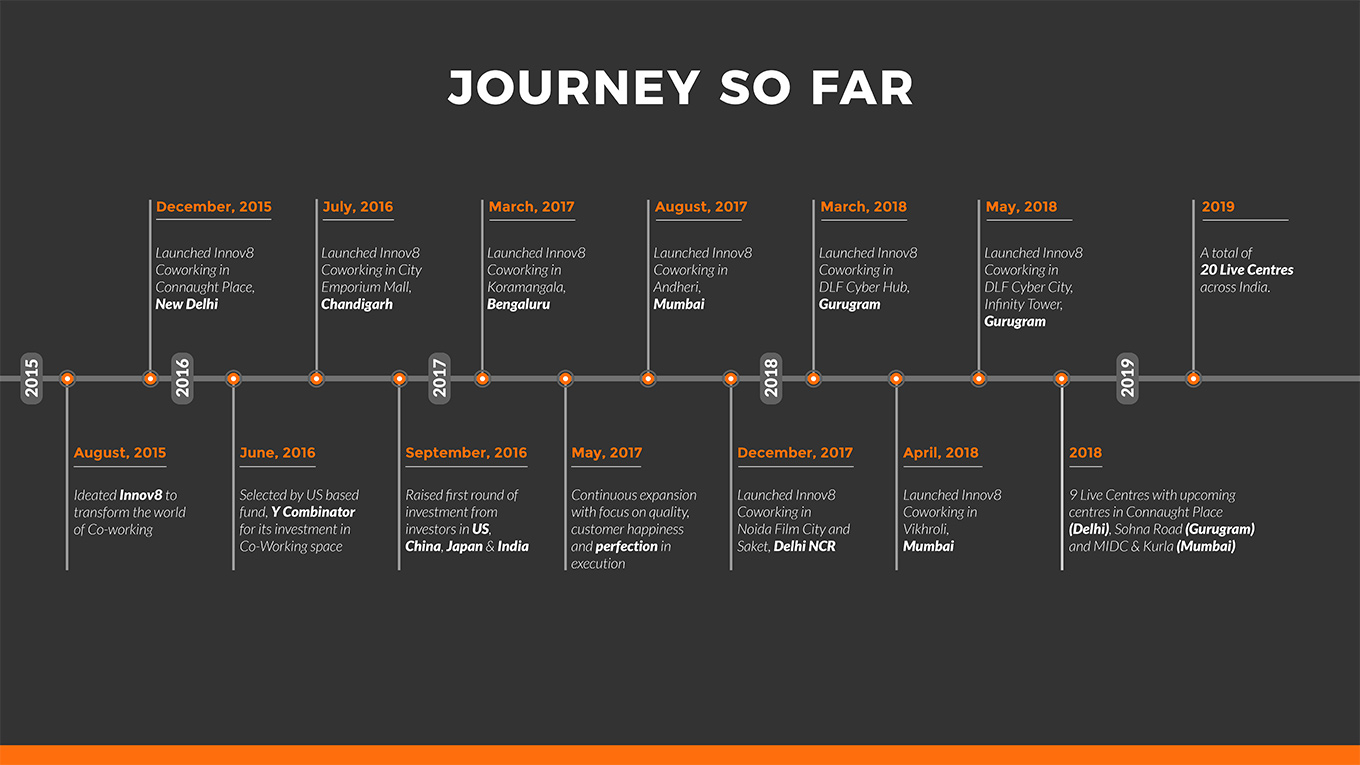 Innov8: Growing At An Enviable Speed

The startup’s deep engagement with its members is evident from the fact that Innov8 has organised more than 500 member-centred events in its short journey. The aim of these initiatives is to enable the members to get know the Innov8 family and build connections. This approach has led to the phenomenal rise in the number of members at the startup.

While opening new offices, Innov8 invokes a tradition Indians identify with — the breaking of a coconut. So, on a hot summer afternoon when the recent Innov8 centre at Gurugram’s Cyber Hub was inaugurated, it was a simple, no-frills affair with the founders being accompanied by a few employees and a small coconut-breaking ceremony.

The company does the same while onboarding and welcoming its customers. It’s a simple gesture of warmth from Innov8 to instil a sense of belongingness in its customers and mark the start of a new relationship.

In keeping with its spiralling growth, Innov8 decided to strengthen its senior leadership further by hiring a chief operating officer — Gaurav Gulati — earlier this year. Gulati has been a long-time real estate specialist, who has an experience across retail, distribution, tech, real estate and consulting.

“Innov8’s mission is to create workspaces and environments wherein individuals and companies alike can find, seize, and expand amazing opportunities for success. And I couldn’t be more excited to be a part of the Innov8 team,” says Gulati, a veteran real estate specialist.

Stepping Up The Game At Innov8

For the growth and success of a  young company, it is critical — and very difficult — to break through the strong wall of established players. And with international players like WeWork entering the market, it further reiterates the increasing demand for coworking in India.

With eyes set on this demand, and a need to carve its own niche, the group of homegrown professionals at Innov8 is working hard to transform how India works and functions.

The coworking segment in India is expected to receive $400 Mn in investments by 2018 end, according to a study by JLL. It is anticipated that by 2020, the coworking space will overtake the traditional serviced office. The market, which had a just a few players three years ago, has witnessed the launch of several new companies.

So, despite competition, Innov8 still has the opportunity to tap into a massive demand for coworking that is only set to increase in future.

“Building a high-class product at a value-conscious price with world-class service is our key strength. Going forward, the focus is scaling the model and integrating more verticals under shared economy space,” says Malik. 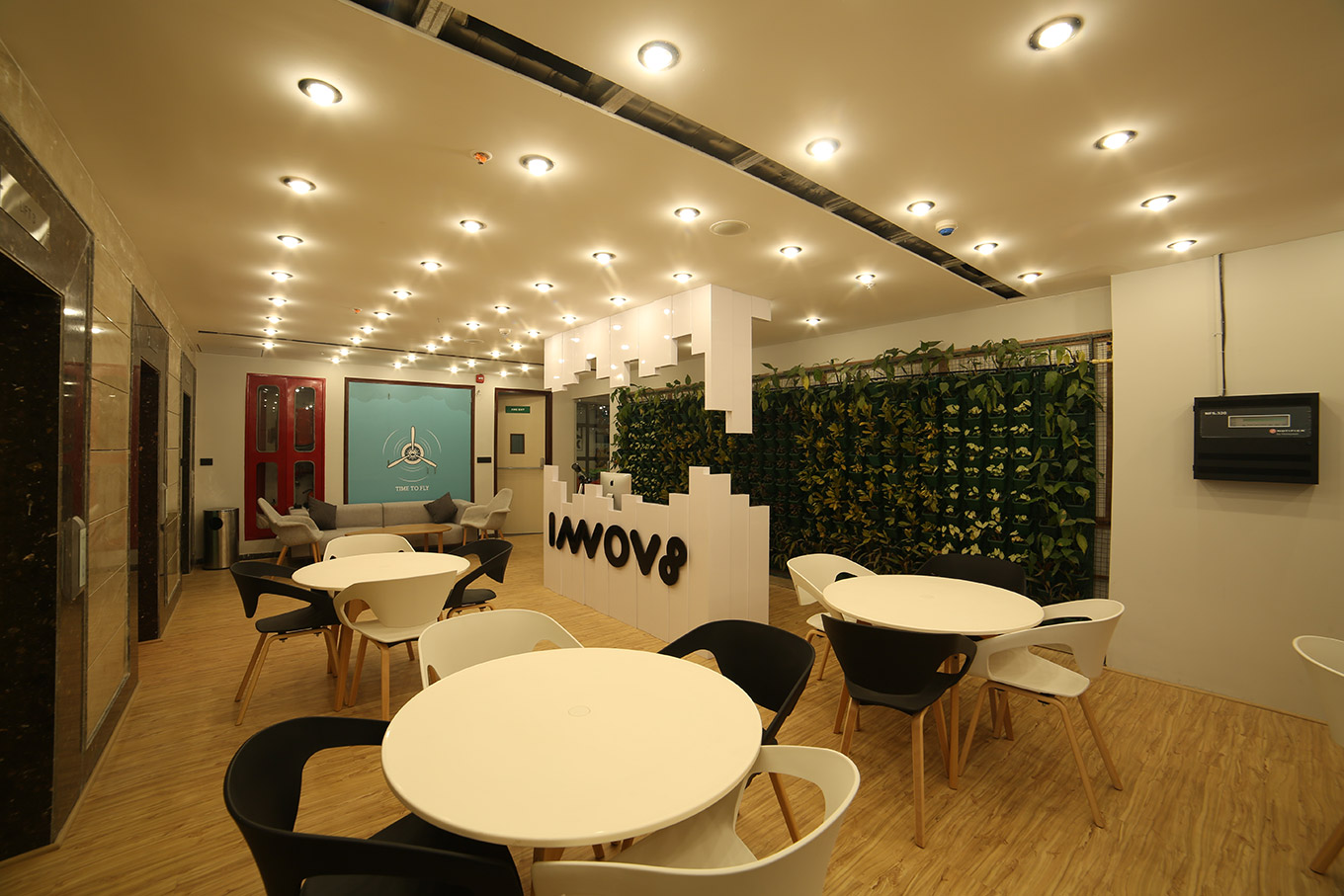 With the ambitious plan of acquiring 15,000 members in the next year alone, the company believes it has the soul of an underdog that will do anything to establish itself as a leading player in the coworking industry. And with the backing of US-based seed accelerator Y-Combinator and marquee investors Kunal Shah, Vijay Shekhar Sharma, LetsVenture, and more, it appears that Innov8 is all set to get ahead in the game.