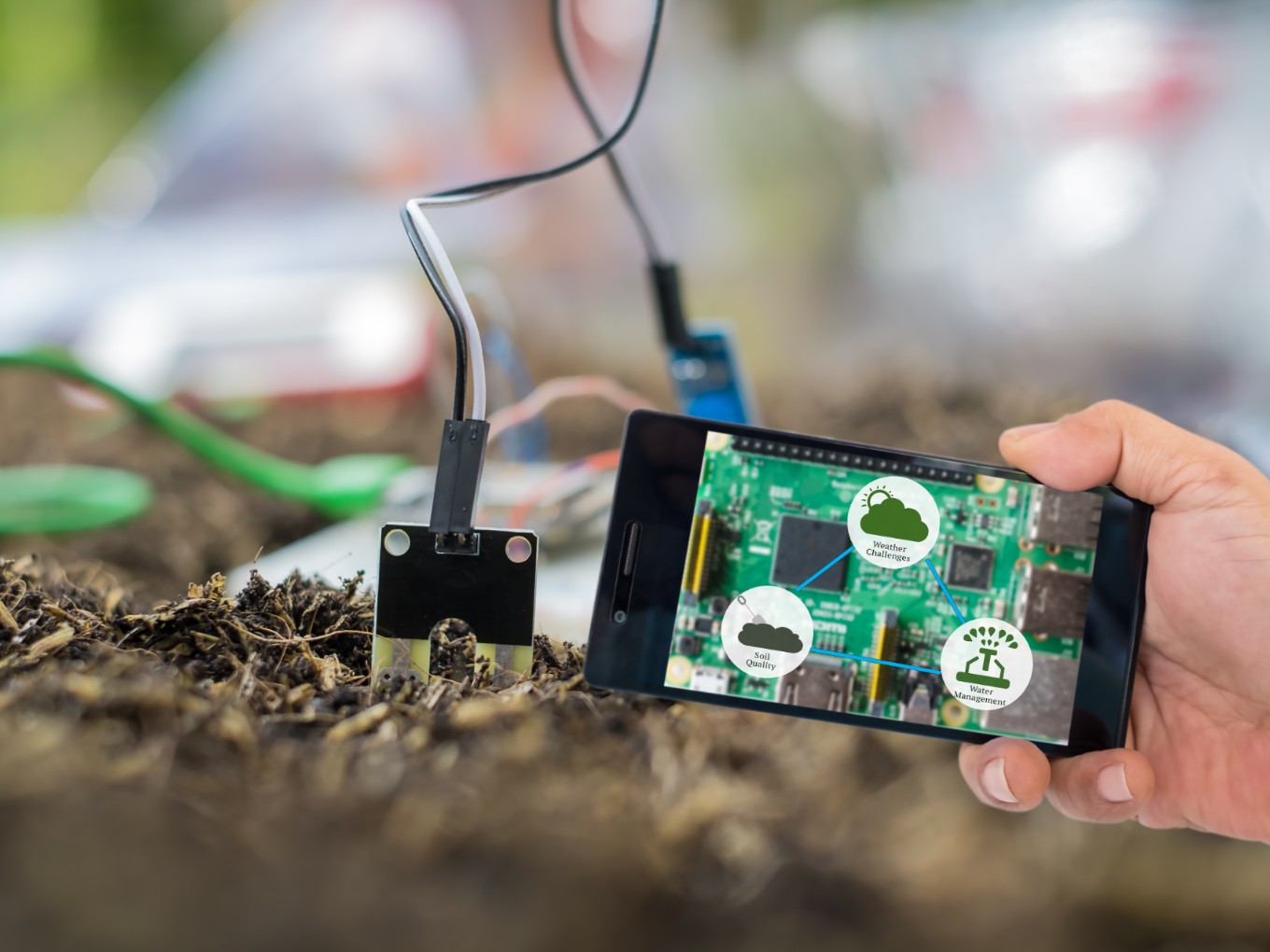 Aibono was founded in 2014 by IIT Madras alumnus Vivek Rajkumar

Having the retail suite of application, it is also working to launch the consumer side suite

When a six-year-old agritech startup — which had earned tons of headlines around its plans to change the lives of farmers and one which was recognised by the investor community as well —  puts its website on a deep freeze for more than 5 months, one cannot help but wonder what exactly is cooking inside?

Founded in 2014 by IIT Madras alumnus Vivek Rajkumar, Aibono is so far working to improve farm yield and income realisation for farmers through a singular end-to-end platform. Operating as an AI-based fresh food farm aggregator, the startup deals in high-value, highly perishable and short-cycle crops such as carrots, broccoli, lettuce etc — a group which represents a $10 Bn segment within the $250 Bn fresh produce market.

With a growing cycle of 60-90 days and a shelf life of three to four days, very few players in India have been able to figure out the secret sauce to cater to this segment. But Aibono seems to have done it.

In March this year, the Bengaluru-based startup raised $2.5 Mn from Menterra Venture Advisors, Artha Ventures, Rebright Partners among other investors. It is now looking to expand its service to 2K farmers and 2K small retailers in two more cities by 2020. Currently, it is working with about 500 farmers in the Nilgiris belt in Karnataka and 500 retailers, largely based in Bengaluru. It is also building a community center for farmers which will go live in the first quarter of 2020 in the Nilgiris.

“We already have a retailer facing suite of applications for retail orders. It’s the consumer side suite what we have put under the deep freeze,” Rajkumar chuckled.

While the updated website may get live anytime soon, the company is also working to bring a feature that tells consumers can track the source or the farm where the purchased vegetables or fruits have come from.

“That’s something that will be coming out by 2020. So far we have been working alongside farmers on the concept of seed to plate. It is an exciting thing to be able to provide for the movement of goods as well as the movement of value from seed to plate and plate to seed,” said Rajkumar.

Seed To Plate Vs Farm To Fork

India ranks second in fruits and vegetable production in the world after China. But there still exists a huge gap between per capita demand and supply owing to the highly perishable nature of fresh produce and the relatively poor transport infrastructure in certain parts of the country.

Indian agritech startups working in the farm-to-fork space like WayCool, Fresh2Home, Licious and others are already building solutions to improve supply chain management by adopting best global practices in storage, packaging, handling, transportation while also providing value-added service. As a result, many claim to have reduced post-harvest wastage by more than 40%.

Aibono is, however, operating in the seed-to-fork segment. Rajkumar explained that typically platforms are built by companies to focus on the demand side. They first talk to consumers and then go closer to the source to remove the intermediary, but they always start from the demand side. He added that in the farm-to-table space, startups don’t enter the farm or directly engage with farmers before the harvest. Their engagement with producers start after the product is ready.

“Our engagement with farmers start 90 days before that — right from the first moment when the seeds are sown and going all the way until the produce is purchased from the retail shelf. We understand that yield without a price is half the problem solved. And doing supply chain without controlling the product, which perishes every two days, is like a gamble you can hardly win,” he added.

We are not a supply chain company, but an agriculture company.

Providing Technology As A Service To The Farmers

Agriculture or supply chain, one thing is clear — Aibono is a tech company at the same time. Its software-based assisted platform for the farmers achieves the twin targets of improving farm yield and farmer’s income realisation. For this Aibono’s platform requires visibility of data from the supply as well as demand-side to achieve the right ratio in real-time. Here’s how it goes about it:

According to Rajkumar, even a simple study of consumption from a single retail store shelf on a day-to-day basis allows the observer to collect a deep amount of data and understand which products are being consumed and at what speed.

“That’s a very beautiful thing we have about food because a weekly household purchase of food is based on the kind of recipes and patterns of eating we have at home. Likewise, businesses in the hotel and restaurant industry buy produce based on their menus. So once you start capturing data, this all becomes quite predictable,” he added.

Once the demand has been predicted, it is necessary to control the production and release it to the shelves in line with the consumption expectation. This is divided into 3 areas:

By applying the principles of precision farming, Aibono captures more than 150 farm variables in about 2K data points for every batch itself. “It includes data all the way from soil checks to nutrient check, field images, leaf colouration etc, all done at the beginning of the batch,” said Rajkumar.

Aibono maintains an on-ground fleet of around 30 people. These are agri-graduates from the nearby geographies and are largely young workers from farming families. They are given a three-month rigorous training programme on crop agronomy. Each such agronomer, as Aibono calls them, is responsible for 40-50 farms. They carry the equipment kits as well as data collecting sensors to farms and collect the required data while also assisting farmers in technology adoption.

Once data assessment is done, Aibono provides seeds intelligently on the basis of consumption from the retail shelves. The partner farms are then divided into multiple quadrants for sowing season.  Each quadrant is given a different crop at a given time. So a farm does 10-15 harvest cycles a year with multi-crop and multiple batches. Seeds are sown in the right quadrant every week, in line with the consumption that Aibono actually forecast.

“All these are short-cycle crops. With this method, on an average, a farmer makes 1.5-2 times yield than a regular farmer as he is able to spread his cash flow across multiple crops thus gaining better yield and better price realisation across each batch,” added Rajkumar.

With the advent of technology in agriculture, a lot of players have been tapping different niches in the last few years. Some succeeded while others failed. But the impact on the end consumer and farmers has been huge both in the positive and negative manner.

“This was a key challenge we had to face initially. We deal primarily with small farmer ecosystem, who will compare you with every other player who may have reached out to them earlier with promises of better yields and better incomes.”

As they say, nothing beats a real-world example in creating the right impression, so Rajkumar started by leasing a farm in the Nilgiris and using it as a model farm.

“In 2014, our first leased farm was of a retired school teacher and incidentally with a temple, which the entire village comes to during different events. Farmers being a closed knit community, what better way to gain word of mouth than show and tell.”

The entry of Jio and the subsequent market penetration blitz by all telcos also played a key role in setting up the initial milestones for Aibono thanks to the boost in adoption for the application suite. “This was a true turning point for us. We were lucky to be at the right place at the right time when internet got commoditised,” he added.

Over the years, Aibono has become known among farmers as a service company rather than a technology company despite the focus on data collection and applications, with the on-ground ‘agronomers’ possibly being a factor in creating that perception.

And Rajkumar has no objection to it. He believes that the beauty of an aggregator platform lies in the fact that it can not only improve the yield or income but can also provide value-added services to the farmers at a much lower cost, thus standardising the product further.

“This is exactly the concept on which a platform like ours is built where all the equipment and expertise is aggregated into a singular data layer and the intel given to the farmers is completely centralised,” he added.

Aibono stands for AI and Bono which means doing good for the people using new-age technology — it symbolises a balance between technology and human efforts, which is certainly the recommended approach for the sustainable growth of the agriculture ecosystem.

In line with this, collaboration with partners in the ecosystem and other agritech startups are also on the cards for Aibono in the near future. Aibono is poised to face significant competition from the players like PEAT, Earth Food, V Drone Agro, CroFarm in this segment.

But Rajkumar believes that to scale, it’s not necessary to tap many geographies. “Nilgiris in itself is a region which produces 500-700 Mn worth of goods. District by district, in itself the fresh vegetables and fruits market is so huge, especially super-perishables and high-value products.”