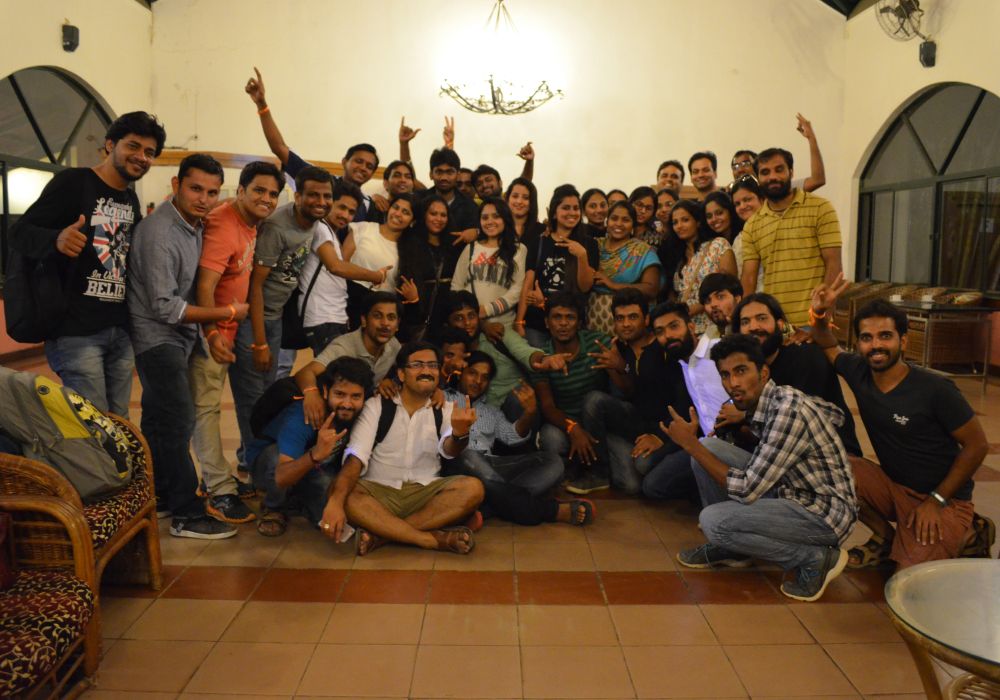 Truer words have not been spoken as data – the mining of it, understanding it, and using it to leverage consumer behaviour is the next big frontier that analytics companies are trying to conquer. According to a report by Jigsaw Academy and Analytics India Magazine, the analytics industry is expected to reach $2.3 Bn by 2017-2018. The report also states that India currently has a 30%-50% share of the analytics services global market.

The global analytics products market is estimated to be about $100 Bn and is growing at 30% Y-o-Y, and according to a study by the Wall Street Journal, 80% of the jobs created in big data five years still remain unoccupied. In other words, a pain point and vacuum exists for a company with the right mindset, business model, and product to fill.

Taking advantage of these numbers and pain points, Bengaluru-based DataWeave is one such big data startup, founded in 2011 by Vikranth Ramanolla and Karthik Ramesh Bettadapura.

Data analytics is a vertical that almost all startups are becoming enthusiastic about. According to an ET report, it has created about 90,000 jobs and received startup funding worth approximately $700 Mn. 600 Indian analytics companies are fighting it out to take home a share of the billion-dollar pie, 400 of which are startups. Furthermore, a 100 of these startups sprang up in the last year only.

So what makes DataWeave stand out among the plethora of big data analytics startups such as Crayon Data, and Fractal Analytics, that dot the tech arena?

Data Analytics: But From A Different Viewpoint

“It’s been eventful five and a half years since Vikranth and I started the company,” begins Karthik.

“The idea was to look at the space of data analytics – but from a different viewpoint, where we analysed external factors that impacted businesses and brands, factors which are out of their control and monitor these factors.”

To make it simpler, he shares an analogy of a perfectly functioning car – to understand the mechanics of it i.e. how the gears work, how the brakes function. But at the same time, the driver wants to know what other cars are on the road, what’s the weather like when he takes it out for a drive, which colours are the most popular? All of which are external factors.

He then applies this analogy to businesses and brands. “The way the function of the car is controlled by both internal and external environments, same applies to the businesses. And we just help them understand these factors which are outside the scope of their understanding better so that they can leverage it for their own good,” he says.

A Platform That Combines Publicly Available Data With Actionable Insights

To define the aspect of the company – DataWeave is a data analytics company that aggregates, parses, and organises data from around the web and across geographies to provide relevant actionable insights critical to a business’s decision-making process.

And it’s not as easy as that sounds.

“Vikranth and I go a long way back. We were working out of Mumbai’s Web18 Software Services, where we were part of the data team,” he shares. “Of course, we did a lot of news analysis and provided actionable insights to editorial teams, publishing teams, product teams, and business teams across the board along with publicly available data which we analysed for them to strengthen their core functions.”

This led to a pivotal moment of understanding for the duo – the difference between data which is consumable (actionable insight) versus the existing raw data which requires parsing and filtering in order to gain said consumable product. So they created a platform that would take publicly available data and combined it with these actionable insights and offered it to businesses looking for them.

“And that, in a nutshell, is how DataWeave came about,” says Karthik. “(Back at Web18) we were having discussions of striking out on our own. At one point, I even decided not to do it, but Vikranth convinced me to go for it and we started our own venture,” he reminisces.

DataWeave, which began with Vikranth and Karthik, has now grown into a 60-member team working out of Bengaluru and Delhi NCR. It basically operates as a B2B interface for large, consumer brands and analyses the aforementioned factors with regard to branding, pricing, promotion, and identifying and plugging in existing gaps in these segments that are then consumed and leveraged by the clients.

“In retail intelligence, PriceWeave is one of the most competitive products we have onboard,” says Karthik. “For instance, if an ecommerce client has 50K products on inventory, we filter out the data by comparing them with competitors for 10K products that are doing really well and moving fast. Then we compare these products with competitor products and help in fixing the best price for, say, 8.5K products. And we provide this data in real-time,” he says.

PriceWeave also creates an attribute-based mapping of products across categories, which comes under the actionable insight section of the offering.

Retail intelligence is also offered for promotional campaigns in the same manner as well as catalogue insights. “Cataloguing is the optimum way to increase product discovery,” says Karthik. “So by changing tags, and correcting product SKUs descriptions, the brand has a higher chance of moving the product 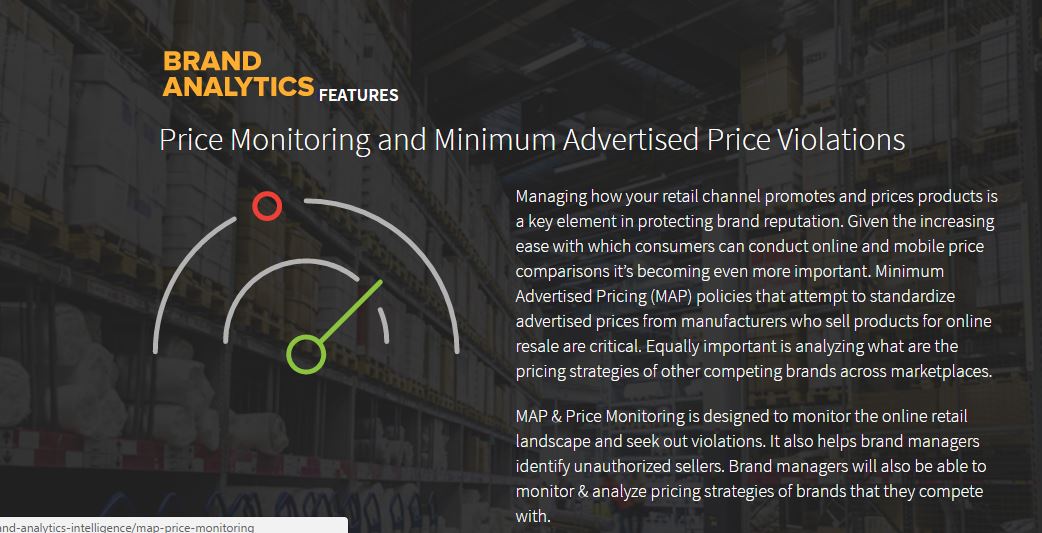 “The online retail marketplace is rife with violations in the reselling space. This basically takes care of counterfeiting products and sellers who are in violation of ethical means of selling a product,” says Karthik. “Along with MAP Monitoring, seller and momentum analytics – comparison with competitors and real-time organising of data to increase and tweak product velocity in terms of SKU, products being replenished and more, is also a part of the DataWeave stable of products,” he adds.

“We have 45 brands across India, Southeast Asia, and US right now, using our platform across the board,” he says. “We even cater to special and alternate data needs for some of our users,” he shares.

One such client would be the peer-to-peer lending platform LendingKart. LendingKart needed to tighten the kind of merchants that were active on the site and so it used DataWeave’s insights for monitoring the performance of merchants on their platform to maintain a certain level of credit scoring, in order to provide authentic service to its users.

“Consultancy firms such as Bain Consultancy use our tech for analysing and monitoring their portfolio performance,” shares Karthik. He also mentions PE firms which use the product offerings to decide on the viability of the companies they invest in while keeping a close eye on their existing portfolio.

“Puma, Net Gear, Altimeter are a few of our more prominent users,” he says.

The monetisation model for the company is subscription-based for all the brands that come on board. And this has led to positive unit economics from the get-go for the almost six-year-old startup. As Karthik says, “A lot of startups have been impacted by the funding crunch taking place right now, but nothing much has changed for us. We are revenue-generating and self-sustaining at the moment.”

As claimed by Karthik, the average growth size has been 5x-10x from the very first six months of signing the brands on.

Nevertheless, the startup raised $300K in a Pre-Series A round of funding from Blume Ventures, 5Ideas.in, Google India And Asia Head Rajan Anandan, Times Internet Group and others, in 2013. It also counts Singapore-based investor Hiro Mashita, and Japan’s Teruhide Suto among its advisors.

And it was one of the strongest reasons for the company to think – expansion.

DataWeave faces stiff competition from platforms such as Cubebroot Technologies, Fractal Analytics, Tracxn, Crayon Data among others. Cuberoot Technologies has recently raised funding to the tune of $500K in August 2016, while Realbox has Hyderabad Angels as its backers with a $300K investment.

Tracxn, one of the bigger names in big data has even started an incubator while raising close to $3.5 Mn in funding from investors such as SAIF Partners. Tracxn also counts Flipkart founders, Freshdesk founder Girish Mathrubootham, Nandan Nilekani, Mohandas Pai, Ratan Tata and others as investors.

“Our products such as PriceWeave and MAP Monitoring, the way we view analytics, is extremely different than our competitors,” states Karthik. “From the get-go, we have been about more than big data. We provide actionable insights and are product-driven than mere data analytics. At this point, there is no overlap with the competition,” he adds.

It is possibly for this reason that DataWeave has expanded beyond Indian shores and entered into a partnership with Acufan, a Tokyo-based company in May 2016. “It’s a two-fold partnership for us,” he says, of the agreement.

“For one, conservatively speaking, Japan’s enterprisetech market is about $1 Bn right now. And the time is right for the picking. For another, Acufan is looking to integrate our ecommerce tech and expand on it.”

What this means is that DataWeave has a starting position to enter the Japanese market, in an economy that is closed-circuit and not very welcoming to outsiders without references.

The biggest expansion for DataWeave took place again in May 2016, when it inked a deal with Singapore-based Capillary Technologies, an omnichannel engagement and commerce startup, to offer its products to the large client base that Capillary boasts of. These clients include names such as Unilever, Walmart, Landmark Group, Madura Fashion, RedTag, Calvin Klein, GAP and others.

“Capillary Technologies is a global leader in providing valuable insights to enterprise customers and this partnership will help us take our state-of-the-art solutions to existing and new customers of Capillary to enhance their ROI. Their presence itself is enough for the partnership to have proved its heft,” says Karthik.

With its foot firmly planted on Asian and South Asian soil, for Karthik,expansion into other geographies is their focus. “Especially to the US, as it’s the most beneficial to us to have a presence there, product and brand-wise,” he adds.

Karthik also talks about new product lines that will be launched in the near future in different verticals such as – fintech, travel, and Open Data. And the ultimate goal:

“It’s what all companies aim for. We would like to be the market leader in this space,” he concludes.

For a company that has been a part of a few prestigious events such as Nasscom’s Innotrek 2015 and visit Silicon Valley along with 38 other startups and Intech50 2015’s fourth batch, becoming market leader would be another step in the right direction.

Data analytics is a sector of IT and communication that has a sizeable presence in India. Startups, be they ecommerce, adtech, enterprisetech or from any other vertical, have realised the immense value and potential of the vast amounts of data floating around the web on a daily basis. With smartphone penetration, and the digital economy taking off, the amount of data being given out (publicly and privately) is going to increase exponentially over the coming years.

How startups leverage this data, mine it to gain consumer behaviour insights or social insights is what the future is all about. With a $2.3 billion pie there for the taking, DataWeave, Fractal Analytics, Tracxn and their ilk are going to have their hands full, parsing the information available in the next two years. Will they be able to parse themselves into market leaders? Well, that remains to be seen.