Can boAt Expect A Smooth Ride Ahead Despite A Disrupted Supply Chain?

Can boAt Expect A Smooth Ride Ahead Despite A Disrupted Supply Chain? 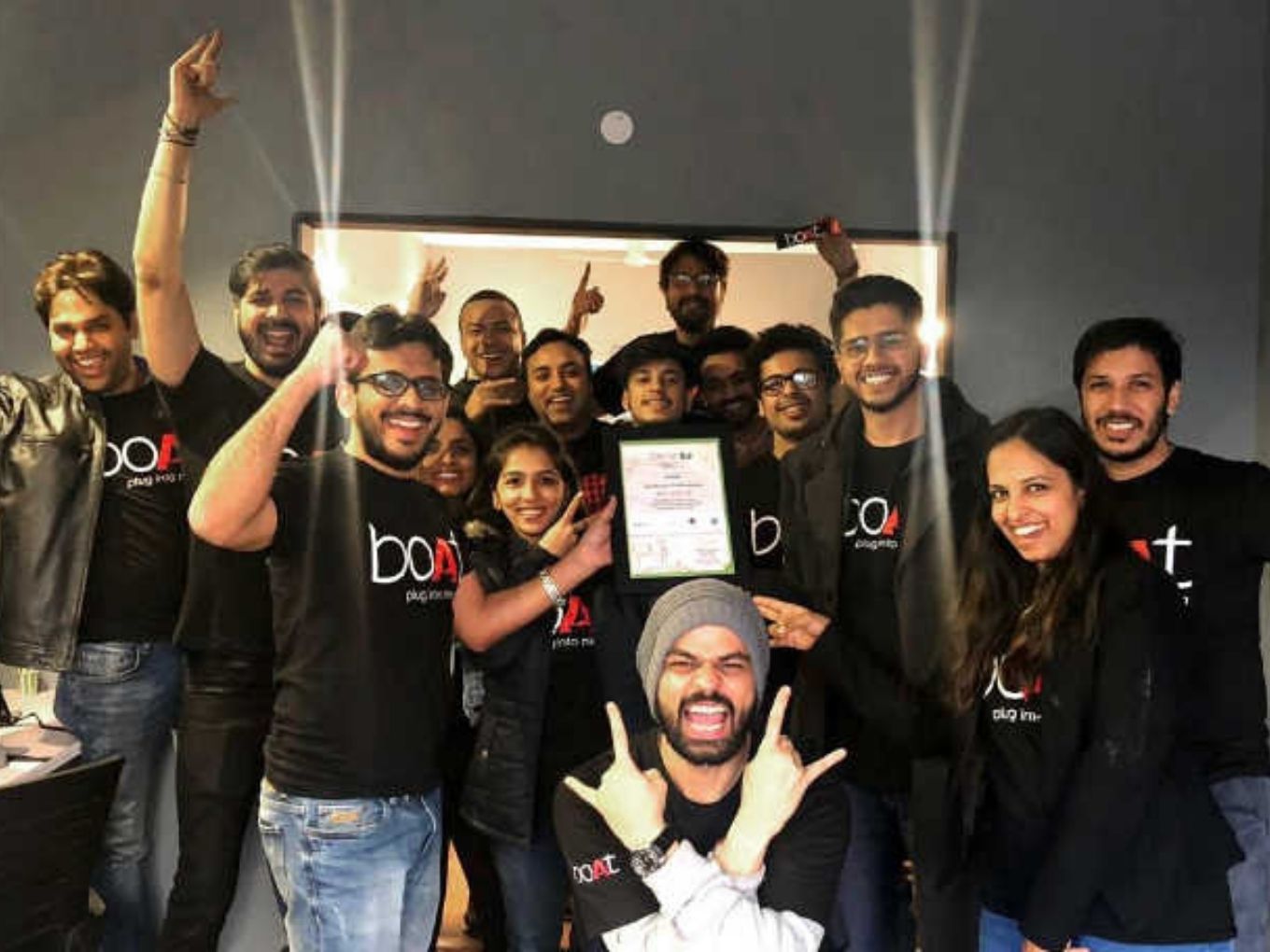 Since March 2020, Indian startups, especially those in the consumer electronics space, have suffered a double whammy. The global outbreak of Covid-19 and the subsequent operational freeze at home and abroad have put stress on the supply chain as never before. China’s electronics factories began to shut down from January onwards to curb the spread of novel coronavirus. In February, Samsung Electronics and LG Electronics in South Korea followed suit, and the ripple effect was huge. Add to that the ongoing India-China spats and one would soon realise how the intertwined nature of India’s electronics supply chain has impacted the beleaguered segment.

The new normal has sent shockwaves across the country, but not for long, as the likes of boAt and other consumer electronics makers in India claim to have streamlined their supply chain, thereby reducing their dependence on China, Vietnam and South Korea for components and parts.

“Before Covid, we never thought that we wanted to ‘make in India’ as we never thought it would be very critical. It took a pandemic to make us realise the importance of owning the supply chain in the country,” shared Aman Gupta, cofounder and CMO of boAt Lifestyle, at Inc42’s D2C Day 2.0, powered by Dukaan. The Indian government is also supporting startups and other companies in this initiative by helping develop the necessary ecosystem, he added.

Set up in 2016 by Aman Gupta and Sameer Mehta, Gurugram-based boAt has become the fifth-largest wearable brand globally, according to International Data Corporations (IDC). The company offers a wide range of aspirational and affordable consumer electronics products, including earphones, headphones, smartwatches, speakers, travel chargers and other accessories.

But true to the startup spirit, the young company has embraced an asset-light model, and most of its products are made via contract manufacturing in India and China. But after the pandemic, it claims to be localising its electronics supply chain.

“As a brand, it does not matter whether you make it yourself or outsource them. If you have a good hold on your research and development and quality, and understand your target segment well, it really doesn’t matter if your supply chain is inside or outside the country,” said Gupta, citing how the Big Tech behemoth Apple and its manufacturer Foxconn work in sync.

Although global brands mostly dominate the audio earware and accessories space, boAt seems to have disrupted the status quo. In the Oct-Dec quarter (Q3 FY2020-21), the company is leading the earwear category with a 32.4% market share, has captured 26.1% of the wireless stereo market and holds 2.6% market share in the wearables space, according to IDC. The startup competes with global giants such as Samsung, Apple, Huawei, Xiaomi and Fitbit, as well as 200-plus local and global electronics brands. Besides boAt, other prominent homegrown companies in this space include the likes of Portronics, Zebronics, iBall and ICCON.

The company’s financials also recorded steady growth until the pandemic struck. In FY2019-20, boAt’s revenue stood at INR 701 Cr and its profit touched INR 49 Cr, a jump of 196% and 470%, respectively, compared to the year-ago period. The company claims to have recorded INR 33 Lakh in sales in the third quarter of the current financial year.

The brand sells its products on online marketplaces (Amazon, Flipkart and Snapdeal, among others), offline-first retail stores (Croma and others) and also its website, which is a recent initiative. And just like its product lines, the product pricing is smart, ranging between INR 299 and INR 50K across categories. Which means boAt products are well-positioned between affordable and premium. It also claims to be selling close to 15K units every day across platforms. But there is a catch.

Initially, boAt was only selling on marketplaces and through physical retail stores. So, it did lose out on customer data and also failed to retarget customers. But of late, the brand is getting a lot of hits on its website, and the data can be utilised for marketing and sales.

“If we had paid to get hits on our own website initially, we would have lost out on money and sales to target those customers. Hence, we took an early decision to build the brand on the marketplace. Now that the brand has been built, we can go offline, or (sell on) our own website; it does not matter,” said Gupta.

Backed by Innoven Capital, Navi Technologies and Fireside Ventures, boAt’s parent company has raised INR 67 Cr until now. The company, however, says that it wants to stay profitable without burning too much cash. “We are not one of those typical startups which are proud of burning money and showing profitability five years down the line. We like to earn money and stay profitable,” said Gupta.

Recalling the initial days of the pandemic, Gupta said that the brand was hit hard as it falls under the ‘non-essential’ category and only essential items such as food and medicine were allowed to be sold online and offline. But as the markets reopened slowly, boAt seems to have seized the opportunity and managed to sell its products across online channels, including marketplaces and its own website.

“I call it ‘atHome’ world — you study at home, learn at home, watch a movie at home and even watch IPL at home,” said Gupta. But it panned out well for boAt as the demand for its headphones and earphones skyrocketed compared to the pre-Covid times, and the company was not prepared for it.

“Moreover, we did have problems with the supply chain. We faced a lot of challenges and delays,” recalled Gupta, detailing how it was able to turn things around by focussing on customer satisfaction/reviews, brand messaging and celebrity endorsements.

The critical question remains, though. Will it be able to set up an India-centric supply chain model and find new contract manufacturers as ‘making in India’ may soon become a necessity?

Navkendar Singh, a technology industry analyst at IDC, told Inc42 the country’s electronics supply chain is currently not indigenous. Still, it is heading towards the right direction, thanks to the government’s incentives for manufacturers and the higher import duties, which will raise the entry barrier. However, it will take at least three to five years for the manufacturing ecosystem to take shape.

“While India can manufacture smartphones locally, most of the electronics components for wearables, earphones and smartphone accessories are still being imported from China. So, that is going to be the next big growth opportunity for Indian companies,” he said, adding that the ecosystem is getting built, and homegrown brands like boAt will soon be able to scale.

How Celebrity Endorsements, User Base Are Driving boAt’s Growth

The company has done very well in the first department and roped in more than 15 cricketers, Bollywood stars and musicians as its brand ambassadors. The Who’s Who list includes KL Rahul, Kartik Aaryan, Hardik Pandya and Neha Kakkar, among others. Showcasing the latest ‘Masaba’ signature headphones at the D2C event, the cofounder said that the purpose of celebrity endorsement is to promote boAt as a lifestyle brand as it resonates well among consumers.

But it is the boAt’s community of followers that tend to overwhelm. The brand is immensely popular among millennials and Gen Z, and the company boasts a community of more than 3 Mn users who are reportedly playing a crucial role in the brand’s growth. These members, or ‘boAtheads’, get early access to limited-edition products and discounts, among other benefits. The brand also gets the maximum number of repeat customers from this user community, as well as early feedback on products before these are publicly launched.

“It took us close to two years to launch our first product in the market. A lot of iteration went into developing these products which strike the right chord among Indian consumers,” said Gupta. He quoted a popular Bollywood song baby ko bass pasand hai and noted how Indians love bass – the product philosophy behind its ‘bassheads’ line of earphones.