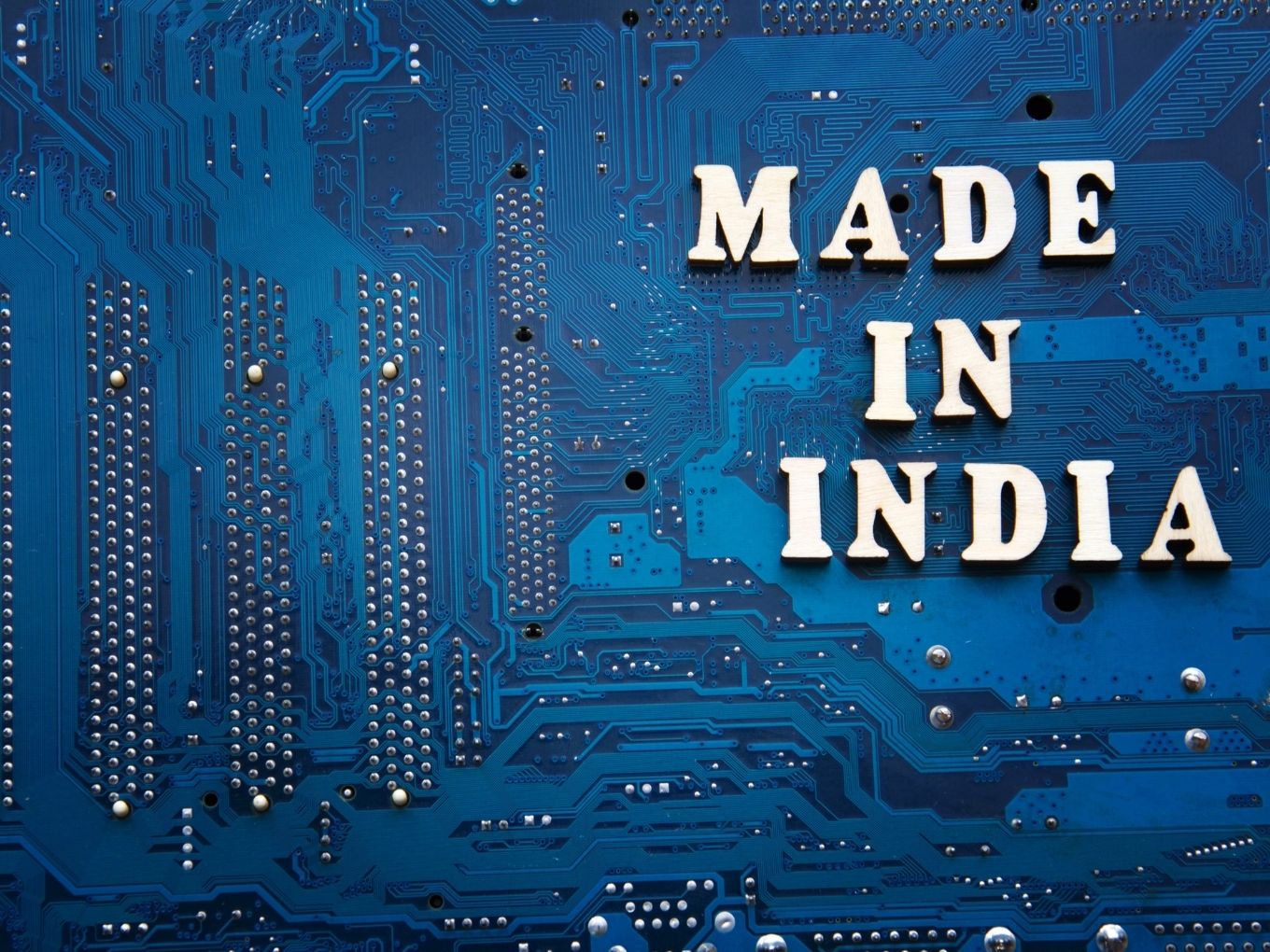 While government initiatives have looked to push India as a manufacturing and exports hub for electronics, does this address issues related to reliability, quality and technology capabilities?

Most of India’s consumer electronics brands claim to be focussed on 100% localisation in manufacturing, but many small components are not available in India

Despite Covid disruption, the likes of boAt, Noise, Atomberg, iBall and others managed to see peak growth in the past three months thanks to higher demand for devices and accessories

In September 2014, Prime Minister Narendra Modi launched one of the flagship projects ‘Make In India’ among a host of other initiatives to build the digital economy. By July 2015, the launch of Digital India backed the Make In India ambitions and together the two projects looked to transform India into a global manufacturing and tech hub.

And in recent times, the Atmanirbhar Bharat initiative also emphasises on transforming India into a global consumer electronics manufacturing hub with an eye on exports and reducing the reliance on imports from countries like China, South Korea, Japan, Vietnam and Taiwan among others. From a vantage point, it looks promising. But in reality, can this make India 100% self-reliant? Also, are Indian consumer electronic products really ‘Made in India’?

“Currently, a lot of integral parts we need for creating the best tech for our consumers are not available in India,” said Amit Khatri, cofounder of Noise, highlighting the ground reality.

Based in Gurugram, Noise is one of most popular D2C consumer electronics brands in the country that manufactures smart wearables and audio devices. The company produces about 15-18 SKUs in all categories, across a varied price range. The company counts its cutting edge technology embedded with great design, quality products and experience as its USP.

Manoj Meena, who is founder and CEO at Automberg Technologies, another consumer electronics brand that designs and manufactures energy-efficient and smart home appliances. He told Inc42 that 95% of its products are manufactured and assembled in the Navi Mumbai plant, and said that they have working to support ‘Make in India’ initiative from launch in 2011.

At the same time, Mumbai-based lifestyle consumer electronics startup ICCON also claimed to have already moved 100% of its productions of many categories completely in house, including batteries, chargers, charging caves, power banks among others. However, when it came to audio products, the company said that it still sources its raw materials from top suppliers across the world.

“We still have to depend on imports as we do not have great quality suppliers in India,” said Mangesh Zope, cofounder and CEO of ICCON,

Many industry experts said that India’s import bill is much higher than its export bill with electronics sitting in the second position after oil imports. In fact, in FY19, India’s electronic imports were worth $55 Bn and exports at $8.8 Bn. It’s high time India up the game of exports, as this could help the country become a net foreign exchange positive economy. In line with this, the Indian government is also betting on export strategy as the next stage of growth.

According to the commerce ministry, the exports of consumer electronics goods have doubled to $11.8 Bn in 2020 from $6.4 Bn in 2018. However, there still exist concerns around the value addition while the volume of production may have increased.

Sharing its plans to go international soon, Noise said that its products are getting popular outside India, and the company is thinking about taking the operations overseas and going global in their approach. “While we have some other immediate priorities at present, going international doesn’t seem too far-fetched in the future,” clarified Khatri.

Besides its India-focused approach, Atomberg Technologies told Inc42 that it has a few institutional clients in Africa and SouthEast Asia, where it looks to export in the coming months.

Similarly, ICCON which is currently running its business in bootstrap mode also said that it is in active discussion with a few partners across the Middle East and Southeast Asia. “This is still in process,” said Zope.

Majority of the consumer electronics startups that Inc42 spoke to, are still in the planning stage of exporting its products to international markets. In other words, the sourcing of raw materials and other components from other countries for building high-quality consumer electronics products will continue to spoil the mood of so-called low cost, made in India, ‘local for vocal’ products.

Popular Indian consumer electronics brand boAt also suffered from the impact of the manufacturing shutdown in China due to coronavirus and the COVID-19 pandemic. Cofounder Aman Gupta said in February that production of new and existing products and availability is likely to be hampered. He had highlighted that almost 99% of the headphones sold in India, including the ones priced above INR 500, are made outside the country. China is one of the biggest markets for the manufacturing and production of boAt headphones. 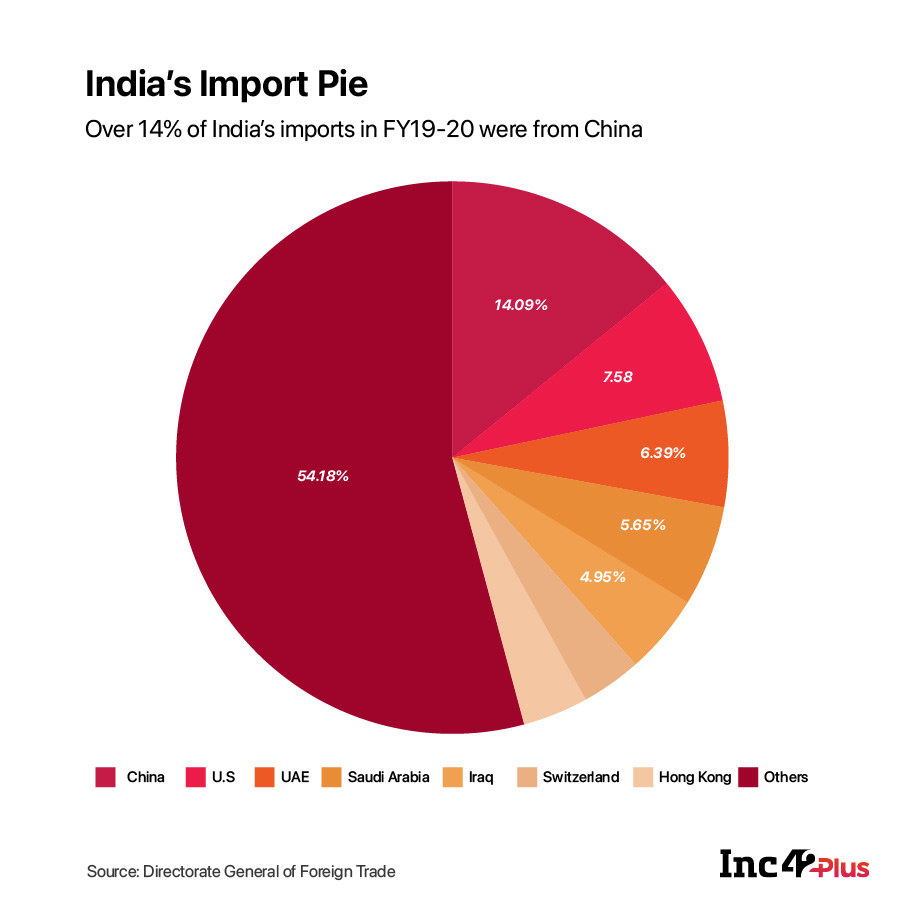 Towards A Self-Reliant Indian Tech Industry

A key part of creating an exports-oriented industry is getting a whole lot of small components to also be made in India. This requires years of investments and work. Noise’s Khatri added that a lot of components aren’t available in India at the moment, hence they have to rely on global sourcing. “In the meanwhile, we are aggressively working with our technology partners to bring the technology to India. In fact, we expect ourselves to be among the first few homegrown brands that will have their entire supply chain localised in coming years,” he clarified.

Atomberg claimed that apart from a few critical raw materials, most of their supply chain is already fully localised. “Even for a few raw materials which we used to import, we are working with a few vendors to develop a supply chain for them,” the founder added.

Today, the secret sauce of a successful business is speed to market. Many industry experts said that this can only be achieved by having dependable vendors and their own capability of manufacturing every aspect of the product.

In an attempt to dethrone China and make India the hub for manufacturing, Zope told Inc42 that its parent company has set up a state-of-the-art factory in Madhya Pradesh, where it claims to have the capacity to cater to 5% of the Indian market demand (approximately INR 700 Cr per annum) with its facility.

Plus, the logistics, warehousing and distribution has improved significantly in the recent past, and a majority of logistics startups, including Delhivery, DTDC among others have developed a parallel ecosystem to support ecommerce expansion in 70-80% of India’s pin codes. Therefore, from a distributor point of view, things seem to be improving significantly, but it is the reliability of suppliers, quality and technology capabilities which is hindering the growth of India becoming a self-reliant nation. 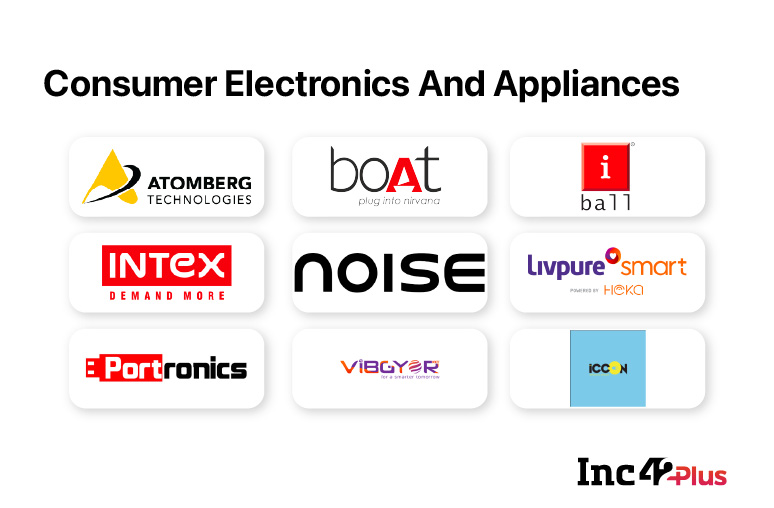 Gurugram-based consumer electronics startup Noise said that it witnessed a positive effect on its business in March, April and May, post-lockdown. Nearly, one-third of its business was generated from its own website while the rest is from external channels, including Amazon, Flipkart and other D2C channels. “We saw an overall revenue growth of around 20-25% in our sales, where we are shipping about 4K-5K orders a day” Khatri added.

Further, Noise said that its products in smart wearables and audio saw significant growth during these times. It attributed this growth to the changing lifestyle pattern caused due to Covid-19. The company said that it witnessed 3X revenue growth in FY19, compared to FY18, and now it is planning to grow 100% this year.

“The numbers are almost 1.5 to 2 X compared to what it was last year for the same months,” said Meena, excluding the lockdown months of April to May, where the sales was zero. However, post-lockdown, the company clarified that it has seen an equal spike in sales.

Within a short span of five years, Atomberg has reached a revenue run rate of INR 150 Cr, and anticipates to grow exponentially in the next few years across all the categories of ceiling, pedestal, wall and exhaust fans. The company now looks to expand its reach and distribution in general trade across the country.

ICCON which follows an omnichannel approach began its ecommerce journey in January 2020. Zope said that in August, the company was at 100X revenue, aiming to keep growing at this pace to create INR 1000 Cr, the turnover through ecommerce channels in the next three years.

An ICCON spokesperson told Inc42 that the company witnessed 60% sales from offline stores, 1% of sales on its own website and 3% sales from ecommerce marketplace like Amazon, Flipkart among others, and 36% from other channels. The company claimed to have catered to 8 Mn customers.

“The last six months have been exciting times. Owing to tailwinds in the category and anti-china sentiment has allowed us to grow 3X from before corona time to the new normal times,” added Zope, aiming for INR 100 Cr run rate over the next 12 months.