With Dynamic Pricing Mechanism, Recommerce Startup Budli Aims To Turn Around The Market Of Used Phones In India

With Dynamic Pricing Mechanism, Recommerce Startup Budli Aims To Turn Around The Market Of Used Phones In India 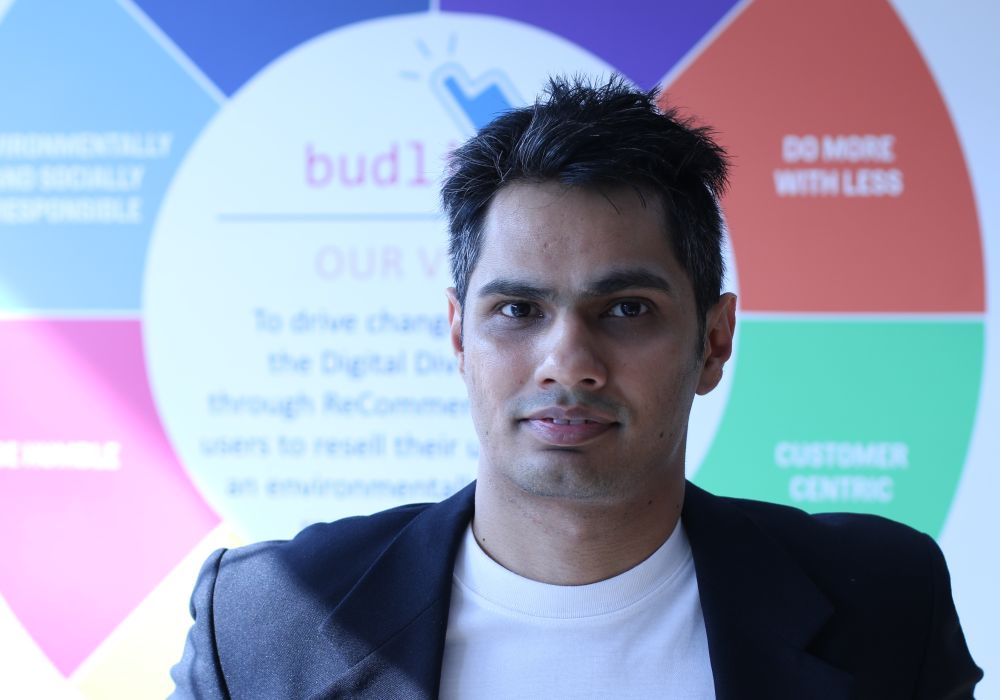 “I was just a guy with an idea – no team, funding or partners,” begins Rohit Bagaria, founder of online recommerce portal, Budli.

The idea was to change the way recommerce for smartphones worked in India. After working as a seller with both Amazon and eBay as in China and the US, Rohit discovered this opportunity in India in 2013. So, he launched an online portal for buying and selling old, used mobile phones called Budli.

For Rohit, it struck him when he was looking to sell his own old phone. “I had a few options: I could trade it to a local dealer, for an inconsistent price. I could have used an online classified ad to sell my old phone. For this mode, I had to list my product and wait for someone to contact me. I wasn’t sure whether the callers would be genuine buyers, when it would sell, or at what price. Or I could have left it in a drawer somewhere in my house and the device would end up losing value and become dangerous e-waste.”

As per a Morgan Stanley report, India is the world’s fastest growing smartphone market at growing at 23% CAGR. The country is expected to have 5.7 Bn mobile phone users and 340 Mn smartphone users. Statistics further show that an average smartphone user replaces a phone in 15-18months, thereby suggesting that a smartphone is used by a minimum of three people before it exhausts its life cycle. Adds Rohit, “It would be astounding for you to believe that the 100 Mn smartphones that were shipped in India in 2015 came back to the secondary market just after 15 months!”

Budli was launched with an aim to capitalise upon this huge recommerce market and solve the underlying problem of lack of a consistent and fair marketplace for used phones, since platforms like OLX and Quikr essentially facilitatated the transaction between two consumers, rather than a direct contact between the seller and buyer. It essentially buys back used gadgets across various channels, performs the required quality checks, refurbishment, and resells them across several channels.

The 3Cs Of Recommerce: Consistent, Controlled, And Curated

Recommerce in India is a fairly new and underexplored market. It provided a raw ground for Rohit to develop a fair, algorithm-driven marketplace that offered certified, pre-owned, and refurbished goods from a trusted source with warranty.

Initially based out of Kolkata, Budli began with the premise of providing a consistent, controlled, and curated shopping experience for Indian buyers. The company developed a machine learning-based, instant price discovery algorithm, that takes in various data points from the user’s end. These include the condition of the smartphone, the availability of a valid bill and accessories etc. On the basis of the inputted criteria, it calculates and generates the selling price of the smartphone for the users. If a user elects to sell his/her smartphone to Budli, the company ensures free pickup and shipment across various Indian cities and claims prompt payment after the verification of the device.

The product goes through a Quality Check (QC) process by an in-house team and comes with an additional six months warranty, that can be claimed at any one of the 100 service centres across India.

“I connected the three C dots, and my end goal was to foster a drive of mindset change in India, regarding buying and selling used smartphones and gadgets. I followed the lean startup process, where I built my Proof of Concept and Minimum Viable Product by initially outsourcing it.” As Rohit recalls, the first device that he sourced, he went to collect the device himself and completed the transaction. What started with the idea of one person is now a 17 member team in Bengaluru. 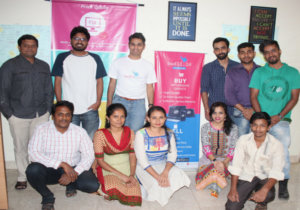 The company started facing taxation and regulatory challenges in Kolkata and eventually moved to Bengaluru “We faced logistics issues. Additionally, every electronic item entering West Bengal had to pay a heavy entry tax and was also levied with a sales tax way bill. At that time, Kolkata wasn’t as receptive and friendly towards startups as Bengaluru was.”

Cashing On Both Online And Offline

Till date, the company has focussed on growing vertically in the category of smartphones, laptops, and tablets. It has developed multiple sourcing partners and selling channels across the country. It has entered into strategic partnerships with logistics companies like Fedex and expanded its services across India. 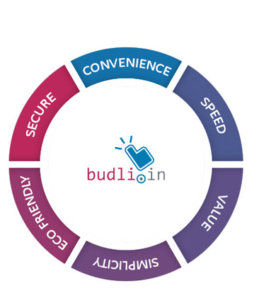 The startup follows an omni-channel approach and has partnered with various sellers for two main reasons: firstly it allows them to promote Budli’s brand name amongst smaller and remote markets in Tier II and Tier III cities for the sale of refurbished devices. Secondly, it allows them to increase their consumer base via the offline mode for the re-sale process as well.

The company also allows customers to donate a share of their proceeds to charity. For every device sold on Budli.in, the company contributes an amount towards a socially impactful cause as well.

The company re-sells the procured and refurbished products via multiple channels, primarily on Budli’s website and mobile app. It has also entered into partnerships with various ecommerce biggies operating in India such as Amazon and Flipkart, and sells its products on these platforms as a seller. It also uses offline channels and completes sales via various small sellers. Additionally, it has also forayed into the B2B space, and sells smartphones to various businesses for large orders.

The company claims to have positive unit economics and enjoys an average 20% gross margin between the procuring price and selling price. It further claims to have a 20% M-o-M growth and is targeting a revenue of $10 Mn in the next 18 months. Bootstrapped till date, it now plans to raise Series A funding for scaling its operations further in the country.

During the OLX CRUST Survey for 2014-2015, it was estimated that $8.7 Bn (INR 56,200 Cr) worth of unused goods were stocked in most urban homes. According to the survey, the top three categories that most Indian families stock are clothing, kitchen utensils, and books closely followed by mobile phones.

With gradual changes in today’s millennial lifestyle, buyers are preferring to buy products online instead of doing so in person. This saves them time and offers them a wider range of products with comparative pricing. Additionally, leading ecommerce players have also launched new categories where they are offering used/refurbished products on their platforms. Used and refurbished goods end up giving customers more choices in terms of price as well as variety while the companies receive additional business in return.

YNew, ReGlobe, Overcart, and ValueCart are some of the other companies that are chasing the next big opportunity of second-hand goods sales on their platform. Taking a slightly different approach is Extra Carbon, which collects recyclable waste from homes and other commercial places and sends the material to respective recyclers. These companies are reverse marketplaces that are experimenting with business models that are quite different from classified sites such as Quikr and OLX, which dominate online reselling of goods. In July last year, Cashify acqui-hired Bengaluru-based refurbished marketplace for smartphones, MobiBing. In September 2016, Delhi-based on-demand repair services & refurbishment startup, Gadgetwood raised about $6 Mn funding from Carpediem Capital.

With platforms like Elanic, Etashee it’s only a matter of time that recommerce will not only be connected with electronics, but also with media, fashion, toys, home appliances, sports goods and many other types of goods–things that people usually want to get rid of after some time or upgrade to.

Budli aims to differentiate itself from these competitors by facilitating both the buyback and selling of gadgets in the offline and online space. Rohit further claims that Budli is the only recommerce startup in India that is doing so with a proprietary algorithm.

He further adds, “The mobile phone category is bigger than all other categories combined in the ecommerce space. Going forward, the single biggest growth factor for this category to grow is the exchange programme between ecommerce and recommerce marketplaces, where they can cross-sell products on respective platforms. Ecommerce requires recommerce to grow.”

In addition to raising funds for expansion, the company also plans to focus on vertical growth in the near future and doesn’t plan to add extra product categories to its platform for now. It is planning to capture the emerging markets in Tier II and Tier III cities by increasing offline partnerships and service centres. Horizontal expansion into other categories is something Budli plans to explore later.

The idea of recommerce is simple – to get full bang for the buck on a slightly used item, thus ensuring that the item passes on as well as gets new life. The idea is not new and neither is Budli’s business model. Companies such as Extra Carbon, and Greendust which are taking a slight, green detour to playing their trade are also adding an extra edge to existing competition. Then there are older hands OLX, eBay and their ilk who are also joining the fray and have the resources, means and brand name to take control of the market.

Budli does seem to have a figured out its space in the market – with an online and offline model, a sustainable business model based on algorithms and building a trusted brand name (a key component when it comes to (r)ecommerce. But it also faces fellow contenders YNew, Cashify who are also in the race to take a share of the $17 Bn pie, as per an Assocham India report.

For a bootstrapped startup that was begun as just one man’s idea, Budli certainly has accomplished a lot. But commerce, by its very nature, is a numbers game. And it remains to be seen whether the company can hit the numbers consistently, in a controlled manner to achieve scale, and curate growth in the direction it wants to go.