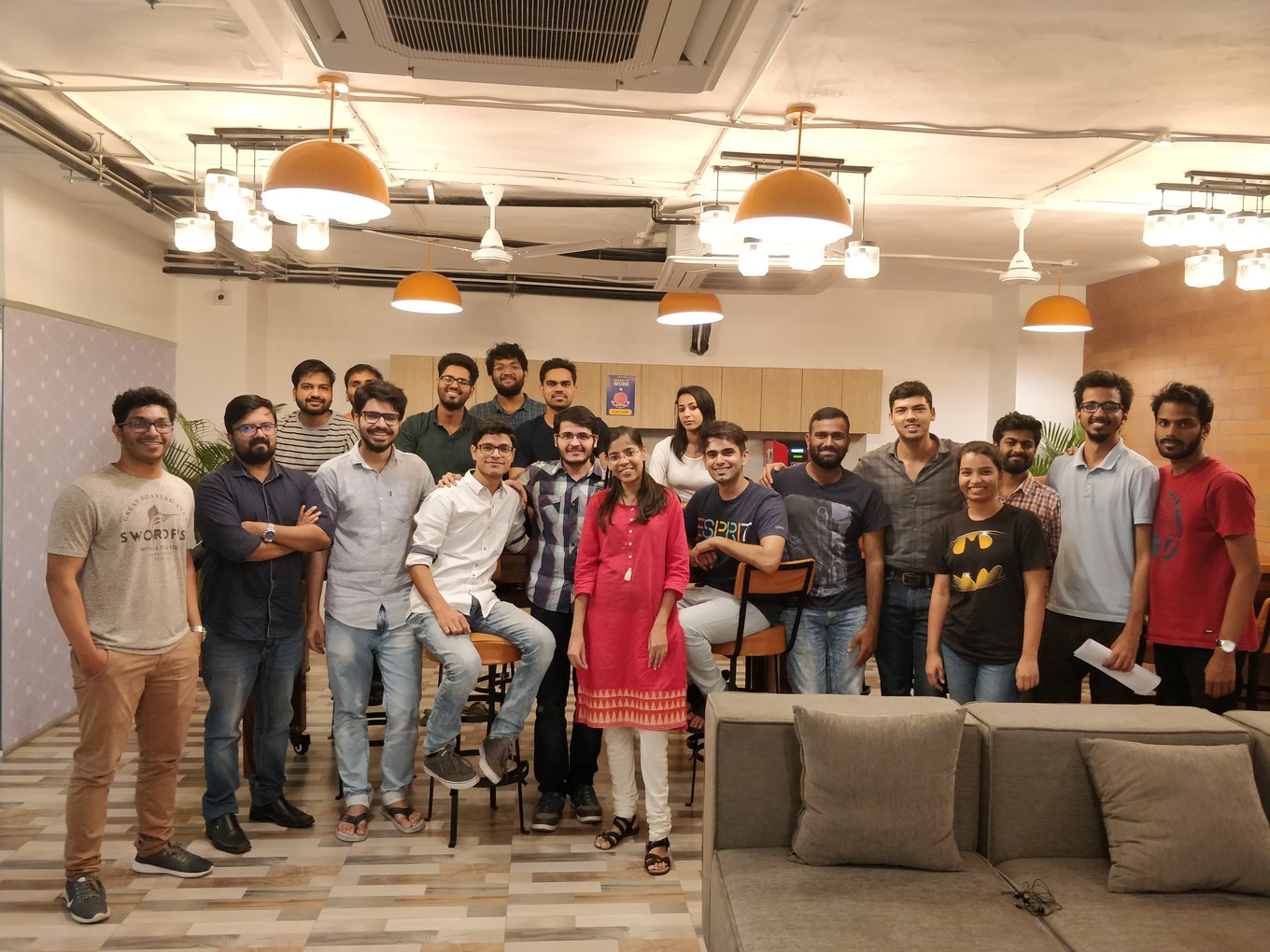 Until a year or so ago, artificial intelligence (AI) meant chatbots. Today, AI is gaining traction across sectors including telecom, financial services and many others. From being called a dangerous tool that will overtake human intelligence to finding place in school textbooks and hundreds of companies bullish on it to move their data to the clouds, AI adoption has come a long way.

Many companies, however, are still unsure of its adoption process or find it complicated and time-consuming. This is especially true for non-technology-based companies or organisations without the resources to transform quickly.

Finding skilled people to implement it effectively is the biggest challenge faced by these companies — just as much as it affects tech startups. And one thing that’s painfully true is that reskilling their entire workforce is considerably more expensive for smaller businesses. Instead the focus has been on students and new-age tech skills at school level, which doesn’t help solve the problem right now.

This is where Mate Labs and its horizontal AI SaaS comes into play. The Bengaluru-based startup offers solutions for non-developers and programming novices as well as non-tech proficient businesses create customised and complex machine learning (ML) models without any coding knowledge.

Mate Labs’s first product is an end-to-end machine learning and data science platform called Mateverse that democratises ML and AI models for non-programmers. It allows businesses and individual developers to create ML and DL models without writing a single line of code. Starting with one client from SE Asia and another from the USA, it primarily works on making solutions for data analysts and scientists looking to build models

Speaking to Inc42, cofounder and CEO Rahul Vishwakarma claimed Mateverse is able to solve this problem for these users in just a few hours.

“Currently we are targeting customers in FMCG, CPG and pharma, helping them optimise supply chain operation with AI. We are seeing large scale adoption from various Fortune 500 companies that we are approaching. We have been able to speed them up from 7 to 9 months of time to market to under 3 weeks, with over 40% increase in their accuracy,” Vishwakarma said.

The DIY model for machine learning is not new — in fact many major tech giants offer plug-and-play AI and ML tools. But MateVerse is different in that it targets those users that don’t have any prior experience in coding. Users are guided through a step-by-step wizard enabling them to easily train and deploy a model. This model can further be scaled up for the business intelligence and analytics department. Vishwakarma claimed the company has a direct impact on the top line of businesses since it gives them a rapid-prototyping framework, which would otherwise be a considerable expense. And it also allows those businesses on the fence to easily experiment and test new solutions.

MateVerse can be used by tech-enthusiasts to build and train ML models without writing a single line of code while saving a significant amount of time. Its versatility lies in the fact that MateVerse can be used by both beginners and evolved users. For data analysts and scientists who spend several weeks pre-processing data, it serves as a one-stop SaaS solution. MateVerse can also be used by CXOs and VPs, data analytics firms, analysts and data scientists from across sectors and in Fortune 500 companies.

“With our end-to-end automated platform, users will be able to reduce the time to build by 70-80% thereby freeing up time to focus on other business priorities.”

The startup follows a SaaS model where clients engage with them on full-stack solutions. Once it has identified a client and understood their business needs, Mate Labs work on a 2-4 week paid pilot before moving into a long-term partnership. The pilot phase is beneficial for both parties and helps each gauge, course-correct and align the business goals with the solutions on offer.

Before starting Mate Labs, cofounders Kailash Ahirwar and Vishwakarma were helping companies with individual AI and ML-related projects. They soon realised that many large enterprises were building platforms for developers, and no one considered building something for non-developers to easily integrate into their business models.

So, after fine-tuning several ideas, the founders started Mate Labs in 2016 with a vision to “bring machine learning to the masses”. MateVerse was created with the sole purpose of simplifying the entire process.

Mate Labs started as a bootstrapped company and in September 2018 they announced their seed funding of $550K from lead investor Omphalos Ventures India and other investors including Eagle 10 Ventures, 91Springboard, Deepak Sharma, former chairman of CITI Bank, Khattar Holding, among others. Accelerated by Zeroth in Hong Kong, Mate Labs acquired the necessary resources to spearhead its mission in building MateVerse.

After launching the beta version of MateVerse, the startup studied customer behaviour and interviewed close to 3K users. They employed a B2C route, an unconventional growth hack, to enter a B2B market. To their surprise, in the first year itself, they acquired more than 20K organic users including Fortune 500 companies, which helped them generate some interesting use cases along with identifying where the industry is headed. This helped the founders make their strategy future-ready.

“When we started, we were the only ones trying to build a horizontal AI platform. It hadn’t been done before and therefore we didn’t have anyone to look up to in terms of learnings or best practices. We had to learn the ropes while building our offering and set up the business,” added Vishwakarma.

Like many other startups venturing into something that had not been attempted before, Mate Labs founders also faced a lot of scepticism from peers and investors alike. Also, they had to work to dispel the general notion that that horizontal AI was only meant for the large companies and not for startups or smaller organisations.

Another challenge that the AI startup faced was to get people to actually understand what horizontal AI was all about. For many AI meant chatbots. Vishwakarma narrates one such challenge faced during his pitch meetings.

“We often had our platform questioned; they would ask ‘Where is the AI?, ‘How does this work?’. It took us three years and a lot of hard work to get people to understand that AI and ML.”

The Government’s Push For AI Vs Slow Adoption

While AI is a branch that is quite promising, companies have been criticised for being slow in its adoption. “The government is pushing for mass-scale AI adoption, but I would agree that companies are slow around adoption. In our experience when approaching a client for their burning problem statements, which can only be solved using data. We feel large companies are actually more ready than ever and are moving quickly to adopt AI as well,” he added.

In this year’s budget, finance minister Nirmala Sitharaman spoke about the government’s mission for skilling youth in AI and IoT through a dedicated curriculum. However, this reskilling or upskilling needs to be a collective industry effort to be successful, feels Vishwakarma.

The startup conducts regular events in Bengaluru to build a strong community of AI and ML evangelists. It hires freshers to bridge that gap and then trains them in-house. The challenge that the startup is facing currently is to find people with strong mathematical background.

Along with augmenting businesses with AI capabilities, Mate Labs is also working on an advanced enterprise product for the FMCG and retail market in India. Targeting non-developers gives Mate Labs a competitive edge over others. To stay ahead of the game, the startup plans to strategically fine-tune and enhance its technology to meet business needs around AI and ML. The startup aims to touch $1 Mn in ARR within the next couple of months. Being in the first year of revenue, the company is also currently hiring for profile across the role, to prepare for the next phase of growth.

During the initial stages, the founders brought in friends who had some entrepreneurial experience. Currently, it has a 24-member team. In terms of expansion, it plans to strategically hire and train talent that is well-equipped to handle the immense potential that this model offers, as well as to support the initial traction.

“We are moving towards enabling the non-IT industry to adopt AI/ML in the most efficient and faster way. We are talking and discussing about things around our vision on a day to day basis either individually or in a group. Currently we are targeting supply chain in FMCG and perishable goods industry and moving forward we have plans to move into other verticals as well,” Vishwakarma said.