the board’s job is to represent the stakeholders of the business, not the CEO 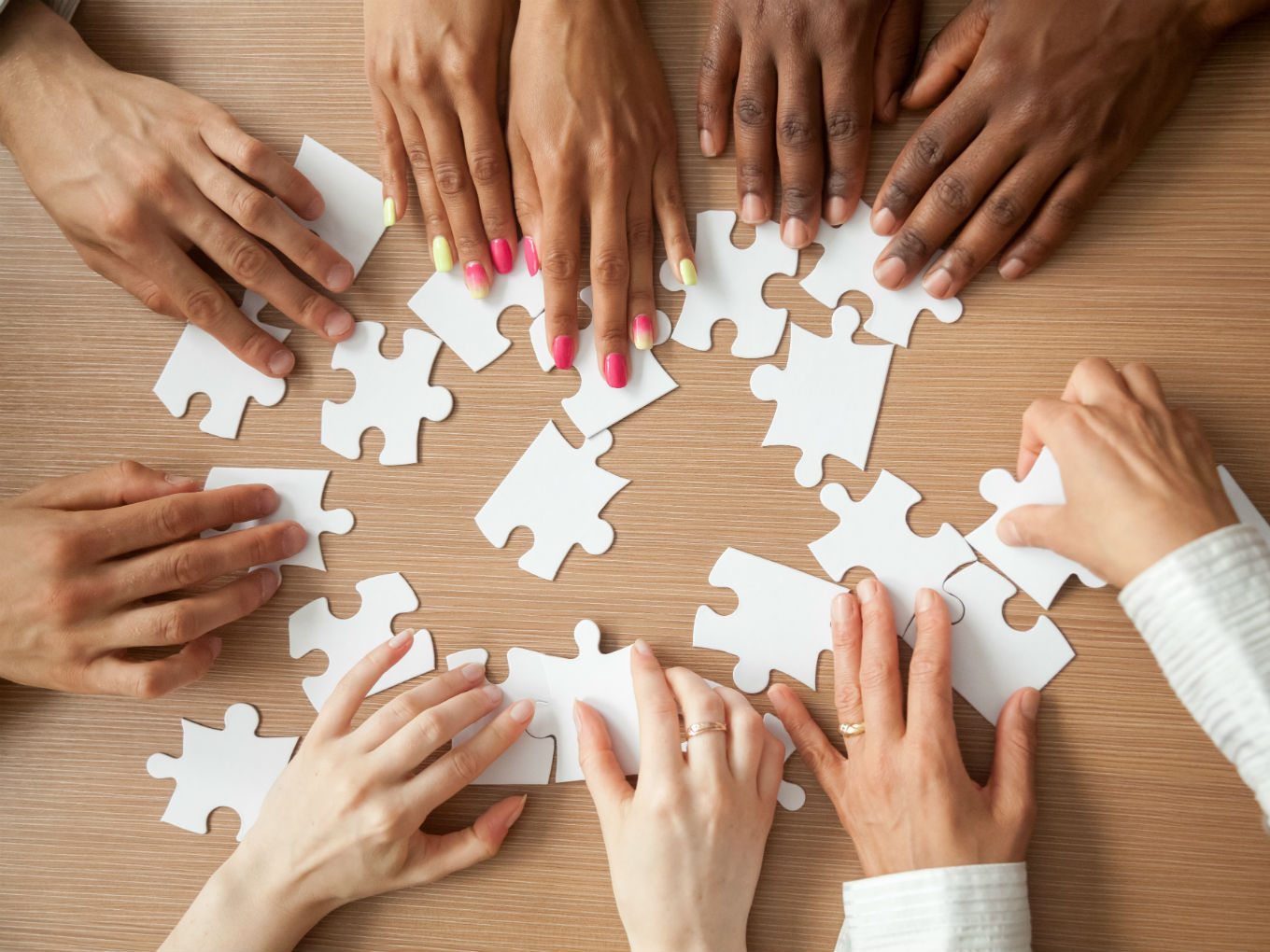 One of the things that founders have the most angst about is whom they should have on their board and at what stage of the business. This is smart because amazing board members can be transformative with important advice and access and can also help attract other great board members (and team members). Bad board members can make business very unpleasant. 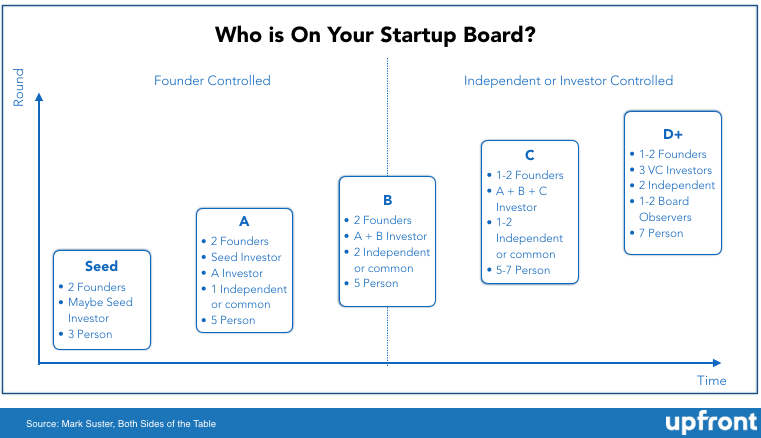 Do You Need A Board When You First Start Your Company?

If you haven’t raised any money or if you raised a small round from angels or friends & family I would suggest you avoid setting up a formal board unless the people who would join your board are deeply experienced at sitting on startup boards.

Why? Well, once people get on boards it’s pretty tough ego-wise to convince them to step off. Of course, it happens all the time — especially at the earliest stages but if you can avoid it I would recommend it.

If angel investors are pressuring you to set up a board and if you don’t have the leverage to push back a little then I might suggest a 3-person board in which all 3 seats are appointed by the common stock and you agree to appoint one of these seats to the angel investor but perhaps make it either time based or event based.

If it isn’t a guaranteed, permanent seat then it gives you more flexibility to deal with downstream investors when they come. If the angel board member is hugely valuable you can always keep them on the board at your discretion.

Note: This is part of a series I’m doing on “startup boards” covering topics including independent directors, board observers, how to run good board meetings, etc. The full out of Startup Boards is in this link.

I know these days with SAFE documents and rolling convertible notes many founders prefer not to set up a board early on. I actually think having a formal board can really help you.

The functions of a board are to:

As per the chart above, I highly recommend keeping a founder dominated board at the seed stage. Whether the seed investor gets a permanent seat or a temporary seat will largely depend on:

Whether or not you want to give a permanent seat largely depends on how helpful you think that investor will be. Some seed investors are amazing.

Others may not have the experience you want and they fill up a seat that makes retaining founder control more difficult if you ultimately raise large rounds of venture capital in the future. It is ultimately a negotiation but I don’t think founders should fear having boards. It’s not zero calories but with the right board the benefits should far outweigh the time and emotional costs.

What Happens At The A-round Of Venture Capital?

A-round venture capital firms will almost certainly make it a requirement that they get a board seat upon financing. This is the norm and unless you have a hugely competitive round it’s not worth fighting. Further, if you don’t trust that VC to serve on your board then why would you take money from them in the first place? I’ve outlined above why I think boards are important so I won’t repeat it here.

In 2019 market conditions often are such that founders retain control of the board through the A-round, usually in a 2–1 (common to investor) ratio but sometimes it’s 3–2 (common to investor). What is common in the 3–2 scenario is that just two founders join the board and the majority of the common retain the right to appoint one more seat (but may not immediately do so) or to proxy vote the seat.

It is less common to add a third founder because it can be disruptive having so many founders on a board but it’s certainly not unheard of.

How Does Control Start To Change At The B-Round Of Funding?

If you are a super hot commodity then you may possibly retain some board control through the B-round of financing with a 3–2 structure where the 2 is one seat for the A investor and one for the B investor. This is not true in the majority of cases but rather when you have competition in your round and feel confident in using your leverage.

If you can get it and your investors don’t mind then it can’t hurt to try and push for it but I wouldn’t choose a lower quality investor over a better one due to wanting board control and I certainly wouldn’t blow up a deal over not having “founder control.”

Yes, we all know that stories of Facebook, Snapchat and Uber where the founders had either board control or super-voting rights by class structure but this is actually the exception and you shouldn’t blow up a good financing option over this issue.

The place most good founders & funders settle is in setting up an “independent board.” I am going to do a whole separate post on independent board members so I won’t belabor it here but here is one important tip — there should be a very formal process for agreeing how independents are nominated, approved, removed and reappointed.

Few want to think about the “edge cases” of independents so standard language I see is “mutual consent of common and preferred” and without formalizing edge cases this can lead to a cluster fork (tune in for that separate post in a week or so).

Can I Retain Founder Control At The C-Round?

Should I be worried that I could be fired from my own company?

Is it possible that you still retain board control after raising a C-round of venture capital?

If you’re a super experienced Silicon Valley CEO with a billion-dollar exit — probably. If your metric move immediate up-and-to-the-right? Possibly. But it’s quite rare. Why?

When you think about having likely been through seed, A, B and then C financing and the respective interests and responsibilities that each investment group has to their own LPs in writing millions of dollars in checks to you you can see why you’ll have 3 parties asking for board seats.

The Limited Partners (LPs) who back funds don’t expect their dollars to be passive. Another reason is that your C-round of capital may very well be $25–100 Mn and at those check sizes investors want to have an independent board at a minimum (many boards are 3–2 or even 4–1 investors to founders).

So does that mean you should worry about being fired? No. Not really.

Is it possible that you get fired? Of course. Legally speaking. But gone are the days where VCs put dollars into companies and ask founders to step aside quickly so that the VC can install their favorite management team. The reality is that when your B-round investor and your C-round investor underwrote their investment it was highly likely that it was based on your potential as the CEO and their belief you would stay in the seat.

The board also needs to be mindful of the interests of other “stakeholders” including debt holders, employees, customers and suppliers. If the board feels that the CEO isn’t up to the task of taking the company to the next level it has a responsibility to act. That’s the implicit trade you’re making as a founder when you assume tens of millions of dollars in other people’s money to grow your business more rapidly and assume less personal financial risks.

With that said, no venture capital firm really wants to replace a CEO. For starters, the incoming CEO will demand between 4–6% of the company so shareholders will immediately face dilution. If the Founder & CEO is popular the company faces risks of executive departures and customer defections. If the CEO is popular in the community no VC wants to face the backlash in the community for firing a CEO unless it really is seen as the last resort. And importantly — replacing a CEO means a significant amount of work and risks for all board members so it isn’t done lightly. It’s usually most common when the CEO himself or herself realizes that somebody else might better represent shareholders and the company (and thus is a better representative of the CEO’s own shareholding).

So my general rule for CEOs who feel this angst — stay popular, work hard, cultivate loyalty and do your job well. Find people to complement your weaknesses so that if you DO have limitations (and don’t we all?) the board sees a way to work with you as CEO and somebody else accommodating your weaknesses.

Finally, there are times where the right decision for you — the CEO — is to work with the board to replace you. If you ever feel this way and you are certain about it then moving on can be the best thing that ever happened to you. Some founders are just better at the start then the scale. The start is about inspiration, vision, product, early execution whereas the scale is about team management, process and consistency.

Can I really manage a 7-person board plus 2 board observers?

Well — the fewer the better in my opinion. A good starting place is to try and convince investors to go with a 5-person board. You can plead with them that it will be more efficient and effective and let them discuss amongst themselves who steps off and who stays.

One thing playing in your favor is that with exits at startups being prolonged most mature VCs are already on too many boards. If the VCs on your board have developed good rapport and trust each other then often times one VC will trust the other to represent his or her interests.

But if it must be 7, it must be 7. And by the D rounds you have often taken some amount of strategic money or potentially LP money and at times these groups ask for board observer seats and not full board seats. I’m going to do a whole post on board observers but note that for all intents and purposes a board observer is like a full board member so tread lightly in handing out these seats. I’ll give you some tips in that other post on how to deal with board observers.