What Does the Walmart-Flipkart Deal Mean For Founders in India?

What Does the Walmart-Flipkart Deal Mean For Founders in India? 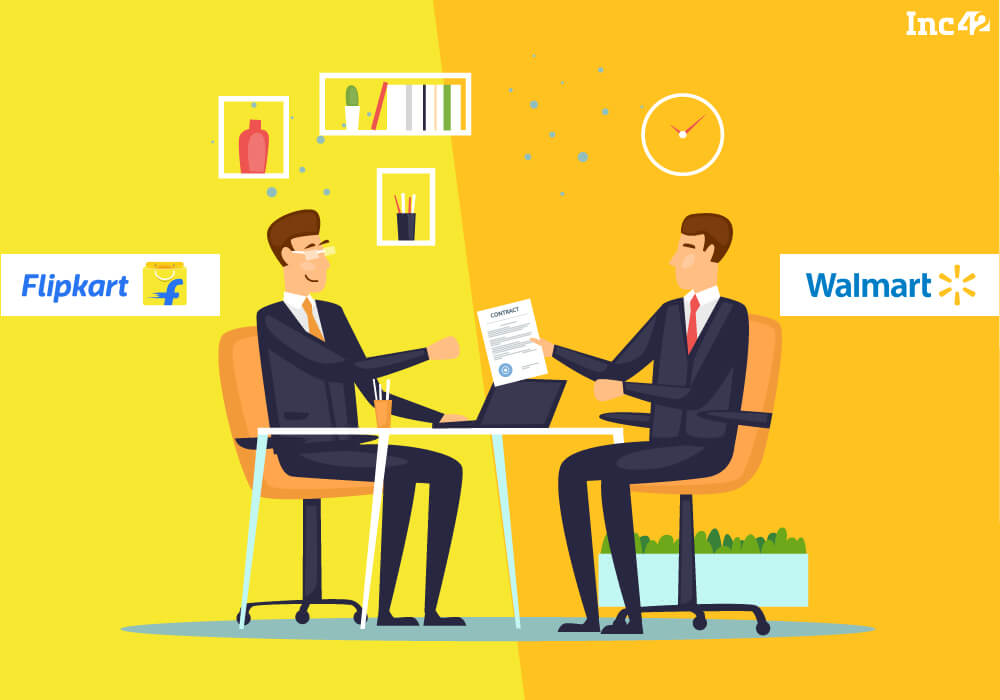 The last two days have witnessed euphoria in the Indian ecosystem. Some call it acquisition (I don’t know if a 77% stake amounts to an acquisition), some call it THE deal, some call it the marriage to watch out for. However you wish to label it, the Walmart- Flipkart deal is the biggest e-commerce deal ever for a venture-backed startup. From India. Built by Indian founders. A deal worth not just $1 Bn or $10 Bn, but $ 20Bn!

What does this mean for startup founders in India? We decided to go beyond the obvious conversations and take a look at what made Flipkart the insane success it has come to be and what can we learn from its story. Learnings that can probably be leveraged every day by founders. Hence, we decided we would bring ‘outsider’ and ‘insider’ perspectives on the matter.

You: The Founder / The Dreamer / The Leader

As An Entrepreneur, Be Unapologetic

About your aspirations, your dreams, and what you want to create. We will always have the gallery commentators, who will narrate what could be done better, but they are NOT the players. It does require an audacious believer to create something that’s valuable. Or even attempt to create it. This has set a baseline and the outcomes can only get bigger.

Building a world-class team is about lot more things than just hiring the right people.

In the words of Mekin Maheshwari, co-author of this article and and ex-FlipKart employee: “A VC recently told me, Flipkart is the only startup that had been able to build an Amazon/Google quality tech team at scale.” As a tech startup, do you truly use technology as your differentiator?

From Mekin’s point of view, Flipkart defined ownership as a two-way street. It expected very high degrees of ownership and most Flipsters (Flipkart employees) wore their work and the Flipkart brand with pride on their sleeves. Flipkart also shared significant ownership, not just in equity (through employee stock option plan or ESOP) but also in terms of decision-making. The level of decision-making employees did at Flipkart was at least a couple of levels higher than what they were used to elsewhere. This, along with creating a non-hierarchical culture, created the magic of Flipkart.

Mekin: “I can speak for the tech teams and early Flipkart teams. Managers would be interviewed by their potential team members; ‘all hands’ were times when the founders and leaders were asked really tough questions; [email protected] was an email alias where employees wrote complaints and concerns about customer experience as well as questioned the company strategy. Decision-making happened with an objective listing down of “pros and cons” across decisions from hiring to strategy choices”

As a founder, from the outside, the biggest value has been the wealth created for Flipkart’s employees and how this makes the conversation around ESOPs more meaningful.

So, as a founder, hire a team that believes in the core mission of your startup, takes ownership rather than just ‘joining’ an organization that pays the ‘market salary’.  For taking risks, reward employees for non-linear gains through ESOPs. But as an employee/member of a startup reading this, create the value with your work and look at ESOP as a way of sharing the overall value created.  The Walmart-Flipkart deal has made this a reality. But do only ESOPs matter? As a founder, remember that ESOPs are only an outcome delivered.

The customer: There can only be Relentless Focus

Do things that are right for customers. Not for you, not for your investors. First and foremost, do what is right for the customer. India isn’t known for creating customer-focused companies. A lot of startups today take the route of discounting as a way to delighting customers. Flipkart’s focus on customer experience led it to make many decisions that didn’t seem to make business sense then, but have worked out very well in the long run.

Underpromise, overdeliver: As someone who was part of the Flipkart engineering and hiring teams, Mekin says that Flipkart measured “breaches” — all the times when the company was unable to meet the promise it made to its customers. It measured and prioritized a lot of its decisions based on the Net Promoter Score (NPS). Use NPS as a way to learn what the market thinks and to predict customer behaviour.

I believe this is the first of many more success stories to come. It might take time and effort, but this sets a precedent of what an Indian entrepreneur can create in India, for India. If you look at the Flipkart narrative, the numbers never talked about global markets or global consumers, the focus has been on changing buying behaviours of the Indian consumer, opening up opportunities for Tier-2/3 Indian cities, and bringing Indian merchants online — all focused on the Indian consumer. I find this strategy fascinating in a world where every startup aspires to scale to global geographies so they are valued higher. All these assumption stands nullified in Flipkart’s case.

Internalise that the Indian market is like none other. We don’t have business protection and we lack a homogenous user base. Ecommerce is still in its infancy. Online and offline must coexist. India is the only market in the world that’s not monopolized by one player in ecommerce.  We don’t have an Amazon or an Alibaba, but all of them trying to get a share of the Indian consumer.  Add to this the offline retailers who continue to dominate. The Indian market has always behaved this way and will require more innovation and more dreamers.

And that’s exactly where you as a founder will fit in — by surprising the incumbents and proving that every hour you put into your insane dream was worth it!

As a founder, stay real and rooted to the basics. The Flipkart success story does not create founder entitlement. We don’t want to repeat the chaos of 2015 when founder expectations were unreal, valuations were bloated, and we lost focus of business fundamentals. It does not change the path to building a highly valued company. This requires effort, commitment, and belief from us as founders. The timing of this exit seems surreal, at a time when the ecosystem has started to witness great founders emerge. Let’s continue this upward trend and create more stories on this first success.

Karma is also Real. On a lighter note, for me personally, this deal also validates the Karma cycle 🙂  I have Accel as an investor in LetsVenture and can say that I am grateful for that. For, anyone who has raised funding from Accel will vouch how sometimes they embarrassingly think more for the entrepreneur than for themselves (literally and surprisingly) and are the best partners a founder can ask for in her/his entrepreneurial journey. And they surely deserve this fabulous win! It’s the wheel of karma rolling this time!

I am excited to be a founder building for the Indian ecosystem. And excited about the opportunities that lie ahead of us.

It has been lightly edited to ensure consistency in grammar, style, and language.