Role Of Technology And IoT In Modern Solar Panels

Role Of Technology And IoT In Modern Solar Panels

Efficiency proves to be a major hurdle in harnessing renewable energy 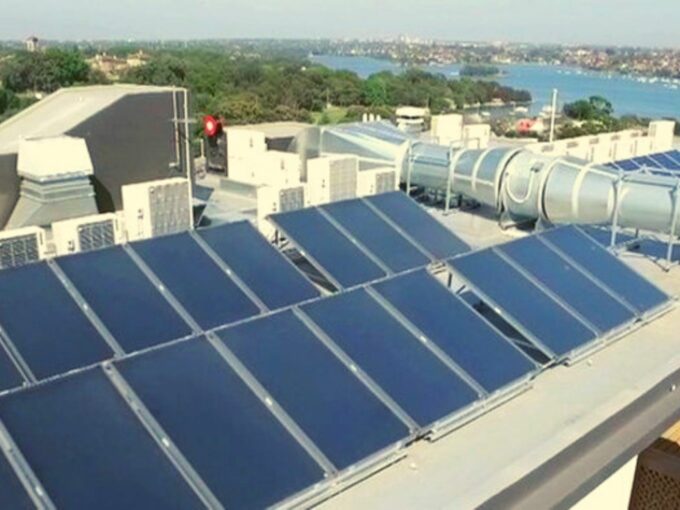 “ Solar energy is bound to be in our future. There’s a kind of inevitability about it.” – Jim Inhofe

Solar energy is at the forefront of today’s renewable energy arena, making use of the widely abundant and easily available energy of the sun. It is the fastest-growing renewable energy source in the world, increasing in worldwide capacity by an average of 40% every year. Many energy companies are expanding to offer solar, as it’s the best way to utilise sustainable energy-efficient sources to help provide cost and energy-saving benefits.

Recent trends in the technology utilised within the solar power industry are providing more easily accessible energy-efficient solutions to a broader range of businesses. Also, as technology continues to evolve and increase in popularity, so do the benefits that it provides in saving costs and the use of energy.

There are two foremost types of solar technology: photovoltaics (PV) and concentrated solar power (CSP). Solar PV technology captures sunlight to produce electric power, and CSP harnesses the heat of the Sun, which in turn, generates thermal energy powering heaters or turbines. With these two forms of solar energy combines, a wide range of opportunities for technical innovation rises.

Let’s see some other prominent role of technology and IoT in solar energy and solar panels.

The applications of IoT in renewable energy production involve sensors that are attached to the generation, transmission, and distribution equipment. These devices help companies monitor and control the working of the equipment remotely in real-time. It causes a reduction in operational costs and lowers our dependence on the already limited fossil fuels. The use of renewable energy resources already provides several perks over conventional ones. The implementation of IoT helps to avail of these clean energy sources to a further extent.

The internet of things provides excellent tools for monitoring power consumption in solar panels. Electricity suppliers and utility companies can get an exceptional degree of control over their resources using IoT solutions. This, in turn, provides valuable insights to companies to make data-driven business decisions. Also, power distribution companies can define and analyze users’ power consumption patterns using data generated through IoT. Utilities can balance the supply based on the demands of consumers. This eventually leads companies to cut down on the wastage of electricity and save a lot of money.

The solar power monitoring device is important to stay informed about what the system is producing and how well it’s performing. Picture a solar array on a roof or in a field that is made up of thousands of solar panels. All of them are wired together back to a mid-point, where solar inverters convert the direct current (DC) energy produced by the panels into alternating current (AC) energy which can be utilised to power building elements. To monitor several aspects of this process, most systems take the benefit of wired sensor networks.

The success of the monitoring system depends in part on the reliability of the communication network—how well the gateway can transfer information to the cloud. If for some reason the network fails, your devices won’t be able to transmit data, which could cause you to miss important data indicating performance issues, or misinterpret other available data. Most all the monitoring systems have been comprised of wired sensors/components to date. While efficient, the cost and maintenance expense has restricted the number of sensors that one would place into service on a given system.

Efficiency proves to be a major hurdle in harnessing renewable energy. This especially holds true for methods that depend on variable resources like wind and solar energy. A technology-built IoT solution enables the implementation of automated controls to enhance efficiency with such methods of electricity production. With the help of these controls, energy from renewable resources can be harnessed with maximum efficiency. An IoT device can be useful to detect the most favorable conditions for energy production. The equipment can be adjusted accordingly to generate maximum output. The major benefit of IoT devices is that they generate data in real-time, which helps minimize wastage if any.

Building-integrated photovoltaics, as the name suggests, seamlessly blend into building architecture in the form of roofs, canopies, curtain walls, facades, and skylight systems. Unlike traditional solar PV panels, BIPV can be aesthetically appealing rather than a compromise to a building’s design. BIPV solar panel systems enable homeowners to save on building materials and electric power costs. By substituting BIPV for standard building materials, you can cut down on the additional cost of solar panel mounting systems. Also, it is clean and free power output from the Sun and also provides a zero carbon footprint.

The Future Of Solar Looks Bright

Solar power was earlier produced only by means of ground-mounted or rooftop panels. But thanks to all the advancements mentioned above, solar is set to become lighter, more flexible, and applicable everywhere.