Not All Gloom And Doom; Indian Startups Have A Lot To Cheer

Not All Gloom And Doom; Indian Startups Have A Lot To Cheer

Being a young economy, our GDP growth rate is better than many other large economies

Today, India is among the top three destinations for startups in the world' 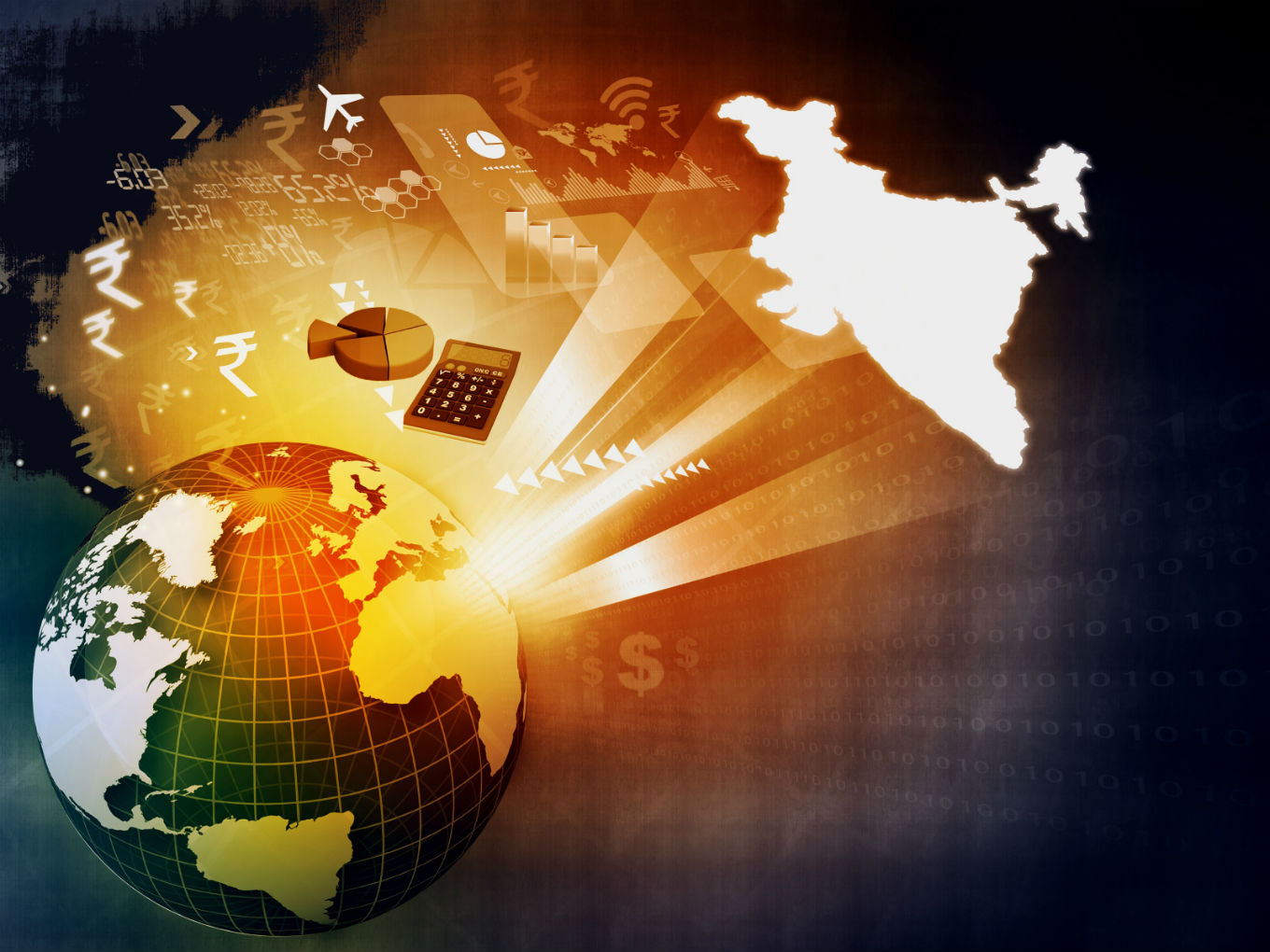 Angel Tax imposed on Indian startups is undefendable. It goes against the very spirit of Startup India. The government bodies are running their own show without consulting each other, it appears. One department sends notices, the other department instructs not to take coercive action but no one is talking about rolling back these notices.

The central government extended the courtesy of inviting suggestions to address the ‘Angel Tax’ issue to IVCA, which has submitted its proposal. Basis the ongoing discussions, CBDT has announced three to four changes but its impact looks quite limited on the overall ecosystem.

Having said that, we are hopeful that this regime is serious about growing the country’s startup ecosystem, as, over the last decade, Indian startups have emerged as a force to reckon with and have generated employment for millions.

Keeping Angel Tax aside, there are many other initiatives, undertaken by the Modi government which is the friendliest and the most digital savvy Central Government that the country has ever seen. Since 2014, this Government has actively worked towards providing a supportive environment for Indian startups to flourish.

As a VC Fund house chief, whose fund has grown and benefitted, I feel compelled to highlight some of the key developments and its impact on the Indian startup ecosystem.

With a median age in the country being 28 years, it has its pros and cons. Being a young economy, our GDP growth rate is better than many other large economies, other countries are making a beeline to invest in India.

This demographic profile means, millions of people entering the workforce annually in India. Various estimates peg this at 5 Mn to 10 Mn people. When PM Narendra Modi came into power in 2014, he recognised the need for providing ample work opportunities to this growing workforce. This meant bolstering job growth from all possible sources.

One of the most obvious and effective sources of job creation that had not been recognised before were the technology startups. While the Indian technology startup ecosystem started to develop a couple of decades ago, it was largely left on its own.

Despite policies around promoting innovation, science and technology in the country, there was no focused strategy to promote the proliferation of technology led/driven companies in the country. The launch of Startup India in 2016 changed this. The initiative defined what startups are and created a mechanism where for first-time startups could be registered with a Government body in order to avail various benefits (tax and otherwise). It set out a 19 point action plan that aimed to addressed various issues associated with starting an innovative business in India.

Four Years Of Central Govt: How Startup Ecosystem Have Benefitted?

In the last four years, the Indian startup ecosystem has gone through a phenomenal change. We now count India among the top three destinations for startups in the world, be it from the perspective of the number of startups or the funding they have received.

One of these “Unicorns”, Udaan, became a Unicorn in just two years after inception. “That almost never happens in the United States”, as pointed out in a recent article by a prolific angel investor from India, Rajan Anandan.

While a major part of this exponential growth can be attributed to the evolution of the Indian economy and its demographics, it would be unfair to not attribute a significant portion of this growth to the efforts of the incumbent Government.

Since the launch of the Startup India initiative, technology startups in India have been given a central role in the economic growth of India. Since then, in spirit or cooperative federalism, another theme pushed by this Government has led 20 states to launch their own entrepreneurship and innovation promotion policies — taking the total count of states with startup policies to 24.

These policies augment the Central Government’s initiatives by targeting local issues in the states in addition to providing general incentives for entrepreneurs to set up shop in their respective regions.

We have been a supporter of state governments where pro startup policies have been formulated. Case in point being Kerala. KSUM under the guidance of the State Government has gone all out to invite VCs to invest in Kerala based startups and even involve investors and other stakeholders on policy formulation. Unicorn India Ventures has invested in six startups last year alone and continue to scout for more investments there.

Similarly, mainstream banks like RBL, YES Bank and Federal Bank are placing their bets on tech startups by getting aligned with VC funds or launching their own corpus for early stage investments. Some of the most reputable corporates are running dedicated Accelerators. Government agencies like SIDBI, LIC and CAN Ventures using Fund of Funds route have managed to create a positive investment environment for the fledgeling startups.

Furthermore, a key aspect of the startup India initiative has been the INR 10,000 Cr Fund of Funds (FFS) that is being managed by the Small Industries Development Bank of India (SIDBI). This FFS invests in SEBI registered Alternative Investment Funds or AIFs (Unicorn India Ventures is one).

Since the FFS commits to 15% of an approved AIF’s corpus, this creates a multiplier effect in the ecosystem. As per the latest Startup India status report, till date, a total of INR 1,611 Crore have been committed for 32 AIFs through which 170 startups have been funded.

On the regulatory side, the Securities and Exchange Board of India (SEBI) has taken several initiatives to incentivise and simplify investments via the AIF route, which is the primary platform used by Venture Capital Firms to invest money in Indian startups.

For e.g. the simplification of the Double Tax Avoidance Arrangements (DTAAs) helped clean up the sources of foreign money into AIFs. Furthermore, in 2018, SEBI announced an increase of the overseas investment limit of AIFs to $750 Mn from $500 Mn.

All these steps have certainly helped the quantum of funds flowing into the Indian startup ecosystem. Here are some other interesting trends to note.

Another analysis from EY suggests that total investable capital with private investors (PE/VC) is estimated to stand around $40 Bn, reflecting the growing interest in the India story.

Furthermore, in 2018 alone, Indian startups raised $11 Bn in funding with 19 startups raising an amount of $100 Mn or more, according to Inc42’s Annual Tech Startup Funding Report, 2018.

The largest deal among those was the Walmart’s $16 Bn acquisition of 77% stake in Flipkart. Other notable acquisitions by international investors include Amazon’s acquisition of Tapzo in 2018 among others.

Another encouraging trend related to the startup ecosystem that has emerged over the last few years is that of international collaborations.

India’s increased profile around the world on the back of efforts undertaken by the current Government has led to many significant G2G, G2B and B2B collaborations globally. Since Modi government came into power, the Indian Prime Minister has undertaken 41 trips to 59 countries. This has reportedly led to the strengthening of international relationships with India.

For e.g. India signed the UK-India Tech Partnership which included a slew of new initiatives and financial commitments. This partnership has led to a significant increase in activity in the UK-

India technology ecosystem. Elsewhere, a new initiative with the US, like the Startup Konnect, which is a bilateral exchange and collaboration programme for startups, was also launched in 2018 to help strengthen existing relationships.

Many other such initiatives with countries such as Netherlands, Israel etc have been initiated and have helped the Indian startup ecosystem gain access to various platforms globally.

As with any exponential growth story like the one described above, challenges are inevitable. It would be myopic to assume that the ecosystem is flawless and doesn’t need any improvement. Concerns like the “Angel Tax” (Section 56 of the Income Tax Act) have been flagged by many experts and practitioners multiple times.

Given the strong collaboration between the technology ecosystem of India and the UK, India could draw lessons from the success of the UK Government’s Enterprise Investment Scheme (EIS).

Launched in the ’90s the EIS scheme offers tax incentives to angel investors (where applicable) looking to invest in innovative businesses based in the UK. The EIS scheme has been attributed to be an effective Government policy that has supported the startup ecosystem in the UK.

Another challenge that has been flagged and should be tackled soon is the bottleneck created because of the need to get an “approved startup” status from Department of Industrial Policy and Promotion (DIPP) in order to avail any Government related benefits.

Similarly, the public procurement process would need to evolve such that innovative Indian startups have a better chance of winning Government contracts compared to the well-established conglomerates and traditional players. Currently, they lose out because of stringent requirements related to past experience etc. giving more established players an unfair advantage.

However, as a participant in one of the fastest-growing ecosystem myself, I am very encouraged by the support we have received from the Government in the last four years. It was also one of the reasons that incentivised me to set up Unicorn India Ventures back in 2015.

I am positive that existing issues will be addressed imminently. For e.g. consultations to tackle “Angel Tax” is ongoing as we speak.