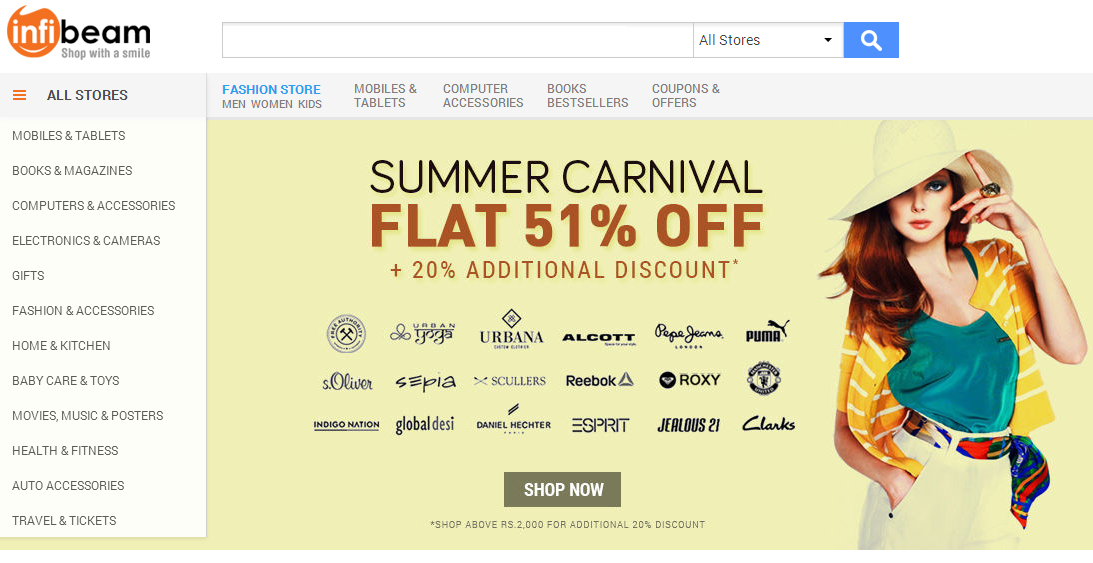 Infibeam started in 2007 as an online book store but today they deal in wide range of products. Infibeam is often compared with Flipkart as they both started in same year and both received almost same unique visitors in mid 2009 but from there Flipkart took a leap. Infibeam is one of those early enterers who changed how Indian population looked at e-commerce. For an e-retailer it is utterly important to have good catalogue size, competitive pricing, maintain product exclusivity and good customer service.

In this report we would analyze Infibeam’s catalogue size, exclusive products and for how many products Infibeam is the best seller in terms of prices. For this analysis we have considered four categories viz. Mobiles, Laptops, Tablets and Cameras. The data is sourced in the last week of May from FindYogi.com.

Read: How Ecommerce In India Has Made It Big With Deals And Discount Portals

Infibeam has still maintained e-retailer profile while other contemporaries chose to become marketplaces. Is it a good idea for Infibeam to continue being an e-retailer or should it try marketplace model. To analyze this we have compared Infibeam with Flipkart, who recently became marketplace after functioning as e-retailers for years and Snapdeal. For this analysis we have considered total offers, SKUs (total products), exclusive products and for how many products they are the best seller in terms of prices. 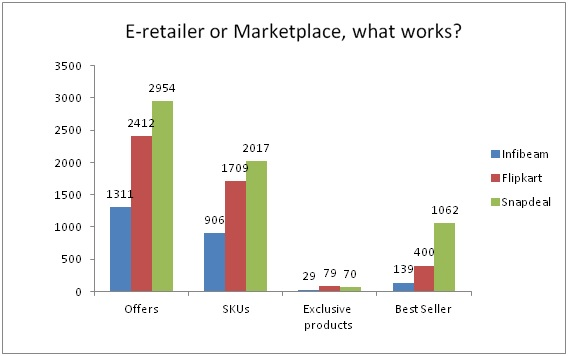 What do you think of Infibeam’s play? Can they survive as an e-retailer or will they need to tweak their model?