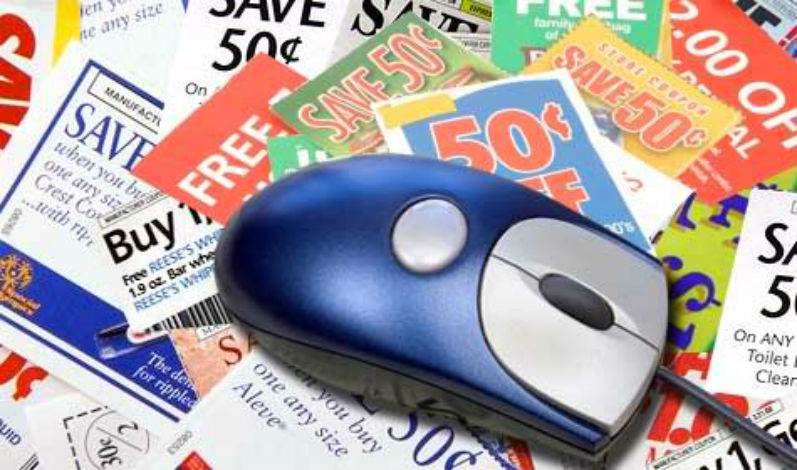 Ecommerce is all the rage in India, especially with the growing number of internet users that now have access to faster internet encouraging them to spend more time surfing the web for their day to day needs.  Despite controversy surrounding the exact figures that contribute to the growth of e-commerce in India, which an official report by Assocham documents in more detail, there are several qualitative factors that explain how this rise has come to be.  Faster internet, wider options and improved home delivery policies are a few of the contributing growth factors that are most talked about following Assocham’s research, but I also believe that getting around certain trust issues (especially financial ones) is an essential step in allowing people to embrace the online world more. Another factor that tops it all off – the cherry on top, if you will – is most certainly the fact that people feel a lot better about doing their shopping online once they encounter a discount that they did not even have to bargain for themselves.

So, I’m sitting in the comfort of my home without any immediate need to bargain with a physical shop keeper for a discount, or haggle with the lady next to me about who’ll get their hands on that last half priced bag, because all I need to do is search for the right coupon code that will get me that discount without anyone’s permission. That’s what I’m talking about. That is the real deal. Online coupon codes have provided shoppers with more incentive to consider the online world for their shopping. Affiliate and performance-based marketing companies are on speed with this as well, creating coupon portals that make it even easier for users to find these deals.

Here’s a list of some of the most popular coupon sites that house every major stores’ deals:

This coupon portal has 1,126,018 subscribers making use of coupons and counting. In my opinion, what makes Coupon Dunia unique is their section on product deals that they have because it helps people find deals for specific items that they need, in addition to the more general codes that give discounts across various categories like electronics, fashion and travel. More recently, thanks to the rise of m-commerce as well, they’ve also added a section dedicated to the top mobiles and tablet offers smartphone users will be happy with.

This coupon house is another international initiative that aims to provide its users with the most popular coupon codes for major clients like Flipkart and Jabong, as do the above mentioned. Taking a look at their design, Coupon Nation like to keep it simple, offering their users five major categories they can shop under:  Fashion (clothes), Travel, Electronics, Shoes and Bags,and every mother’s must-go-to category: Kids and Baby.

Flipit India is part of a global money-saving project, Flipit.com, which is now the largest coupon portal in the world after having launched in 21 countries. Flipit India gets its edge thanks to its growing international reputation and personalised theme. When users subscribe to Flipit India, they can enjoy a personalised interface that makes it easier to spot offers that matter for each user across 20 comprehensive categories. In addition to this, Flipit’s collection of exclusive codes is slowly on the rise, offering users discounts that can’t otherwise be found. Flipit India has plans to make the website even more alluring with an upcoming new design that will support users with more informative articles around the topic of money-saving and beyond.

Cashkaro is another player in the Indian couponing business. They mainly like to represent themselves as a cashback website, which really doesn’t differ all that much from a coupon site,  but can instil a different perception of saving money. While coupons usually provide you with a discount that removes a percentage from the final total of your bill, Cashkaro’s service is to provide its visitors with cashback – giving you back the money after you’ve spent it.  You’ll still find top deals from the biggest names in India on this site.

Groupon isn’t a coupon site in the traditional sense, although it did appear to the masses well before the notion of virtual coupons became more prominent. I still feel the need to mention it as a leader in discount shopping, if only because most people will associate coupons with Groupon. This is a misconception, however, as you’ll come to see that Groupon’s offers can be purchased directly on site without the need to copy and paste a code onto a foreign page. Unlike most deals and discount sites, Groupon tends to have a preference featuring the best spa and resort offers which makes it the go-to website for luxury spending.

Where would we all be without RetailMeNot? Thanks to this original US-based site that has spread its wings to other countries around the world as well, the coupon market was virtually absent before they came along. RetailMeNot remains the authority in the US, but also has an Indian site with a nice collection of deals as well. My favourite RetailMeNot feature is their android app, which makes it a lot easier for users to navigate the site from their phones. They’ve also got an option for users to submit a coupon to the site, in case their editors have missed a few, but I wouldn’t rely on this function as it becomes difficult to discern between reliable and fake coupon codes. Nevertheless, RetailMeNot is the original example of how successful e-commerce is now thanks to coupons.

This list could be extended to include more coupon sites, but the reality is that there are far too many to note in such detail. These include Desidime, Freekaamaal, Voucher Codes, Coupon Raja, Coupon Rani and Upto74. Googling one usually means stumbling upon many others, and you should be open to the different offers you come across.  For some, this is old news, but many people are yet to experience this new age of shopping. Do them a favour, let them know!

[Author: Joanna Jaoudie is a content editor and country manager for Flipit India. She is currently working for the Amsterdam based performance marketing company, Imbull.]