The used-goods business in India is making giant strides–OLX, the ecommerce marketplace for second-hand items, during the OLX CRUST Survey for 2014-2015, estimated that Rs. 56,200 crores worth of unused goods were stocked in most urban homes. According to the survey, the top three categories that most Indian families are stocking are clothing, kitchen utensils, and books closely followed by mobile phones. Another 2014 study, estimated that by 2015 the Indian used goods market would touch about Rs. 1,15,000 crores owing to growing consumerism and disposable income.

In India, eCommerce is increasingly attracting customers from tier-2 and 3 cities as people hold high aspirations but have limited access to brands. Ecommerce companies state that these cities have seen a 30% to 50% increase in transactions.

With the changes in lifestyle, buyers are preferring to buy products online instead of doing so in person. This saves them time and assists in seeking a wider range under possibly comparative pricing.

With the growth in the market for previously-owned goods, more and more ecommerce platforms will be offering them along with other brand new products. Used and refurbished goods end up giving customers more choices in terms of price as well as variety while  companies receive additional business in return.

Some of the ecommerce businesses that opted to sell used goods: During the venture, eBay entered into an agreement with eight companies, including Green Dust, Baobab, Budli Int, and Value Cart, which offer eBay customers a choice of more than 1000 live listings of refurbished electronics. “In 2014, the value of the used goods market in urban India was Rs 22,000 crore. But, if the entire country is taken into account, the figures would have been greater.” states Amarjit Singh Batra, CEO, OLX.

With the flourishing trend of used goods, more ecommerce websites too are selling them along with the new products. According to Hitendra Chaturvedi, founder of the online retail store, Greendust, “Used goods cover a greater area of the market than new goods, especially for automobiles and mobile phones.”

Here are some figures revealed in the OLX CRUST survey:

It is a term coined in 2005 by George F. Colony, chief executive of Forrester Research, while answering a question about the increase in spending. According to him, recommerce is remarketing of used goods by organising their resale to merchants by their owners. It is also called Reverse Trade, because the goods complete the same circuit as when they were sold as new, but in reverse.

So, recommerce is not same as selling used goods. The transaction, here, occurs between a user and a merchant, unlike a sale on OLX where the transaction is between two consumers and OLX serves as a platform facilitating their contact. However, if you are a merchant and making a purchase through OLX so that you can resell the second-hand item later, then it would fall under recommerce.

As of now, recommerce does not have a big market and is being promoted by means of gift cards, vouchers, etc. to attract customers, both users and merchants.

It is also highly probable that recommerce will not only be connected with electronics, but also with media, fashion, toys, home appliances, sports goods and many other types of goods–things that people usually want to get rid of after some time or upgrade to. 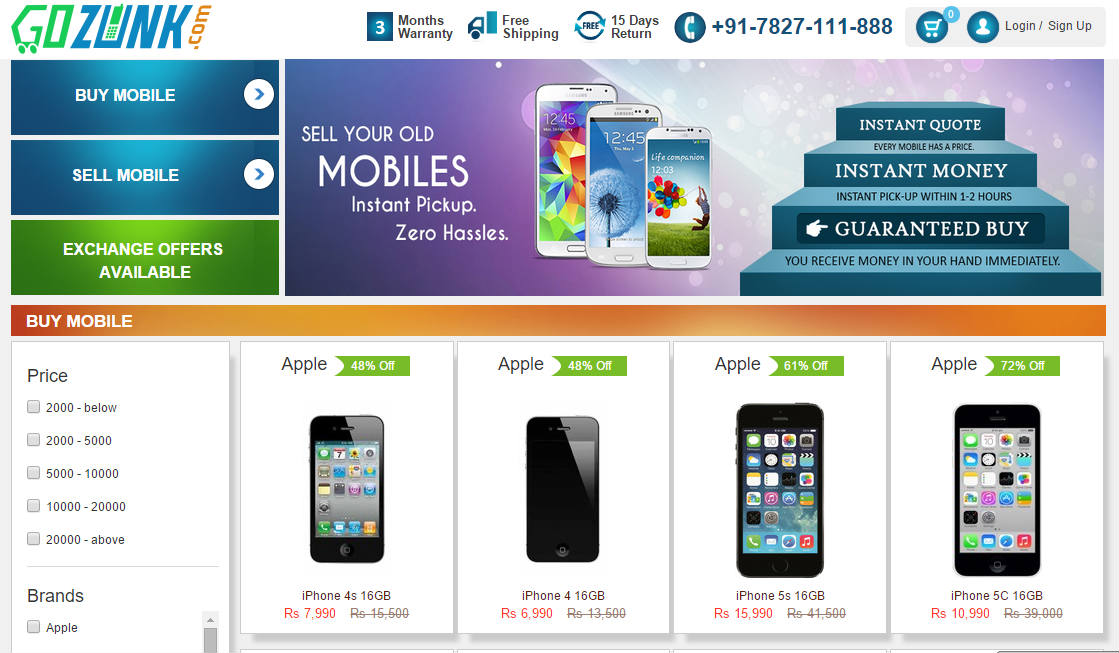 GoZunk was launched last year by Mohit Bansal and Anubhav Adlakha. The platform offers consumers the option of selling and buying used mobiles along with a three-month warranty and a 15-day return option in case of any problems. The warranty includes every standard aspect as in the original manufacturer warranty!

Plus, there is an option of scheduling a home pickup when the product can be bought and payment can be made.

Anubhav shares his process on inventory management and the provision of warranty, “We generally obtain such phones to fulfil our online customer orders. All mobiles that are acquired online are sold in the offline channel after seven days of procurement if it is not sold online within the aforesaid period. This ensures minimum inventory levels.” 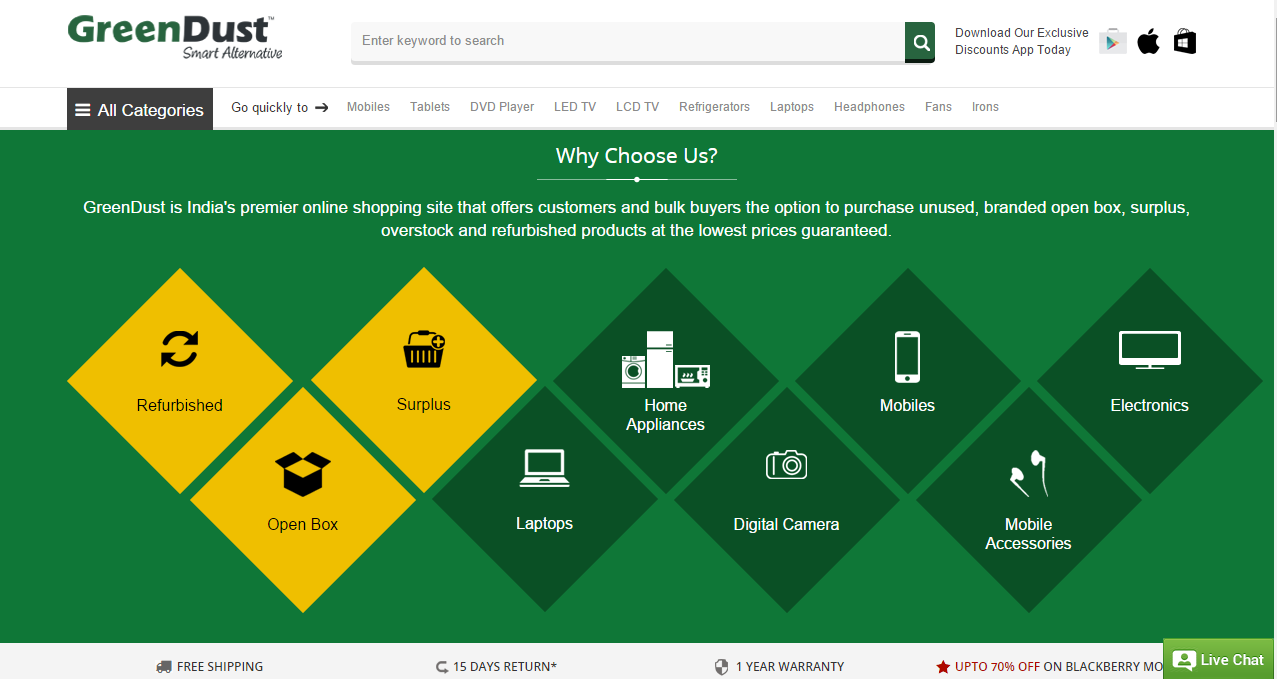 “I kept my business model simple. What I did was, I took the rejected, defective, unsold, and returned products from the OEMs and refurbished them. Later, we provide a year’s warranty from our side, and finally sell them as factory-seconds through our brand, GreenDust.” says Hitendra Chaturvedi, founder of GreenDust.

ReGlobe, Budli, YNew and ValueCart are some of the companies that are chasing the next big opportunity of sales of second-hand goods on their platform. These companies are reverse marketplaces that are experimenting with business models that are quite different from classified sites such as Quikr and OLX, which dominate online re-selling of goods.

The return rate in ecommerce is about 15%, which means an approximate return of $17 billion worth of items. Hence, there is no doubt that as ecommerce in India would grow, simultaneously would increase the market of refurbished and used goods. And isn’t it a win-win situation for everybody?