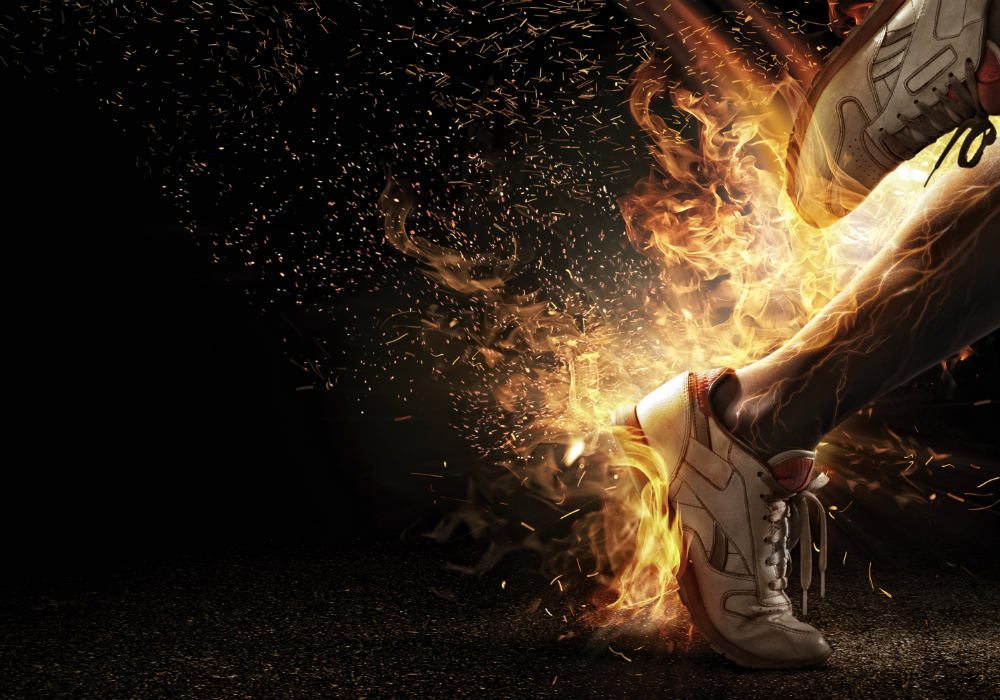 It was June 2016, and we were into the last phase of planning for the changes we needed to make for our upcoming 45 day sale period which started in July, and where we were expecting a steep surge in traffic.

Since our first product launch last October, we were using AWS’ services in North Virginia, due to cheaper costs and wider availability of the services that were being offered. Over a period of time, we saw the high latency for the connections coming from the majority of our traffic in India.

There are separate sub-systems and projects which, once unified gives us the final Fynd product we see as the mobile app and the web app. The product itself is designed as micro-services architecture, and each of these services are maintained and developed using the best fit tools for us. Django, Tornado, Node.js, and Spring being the core for some of these systems. 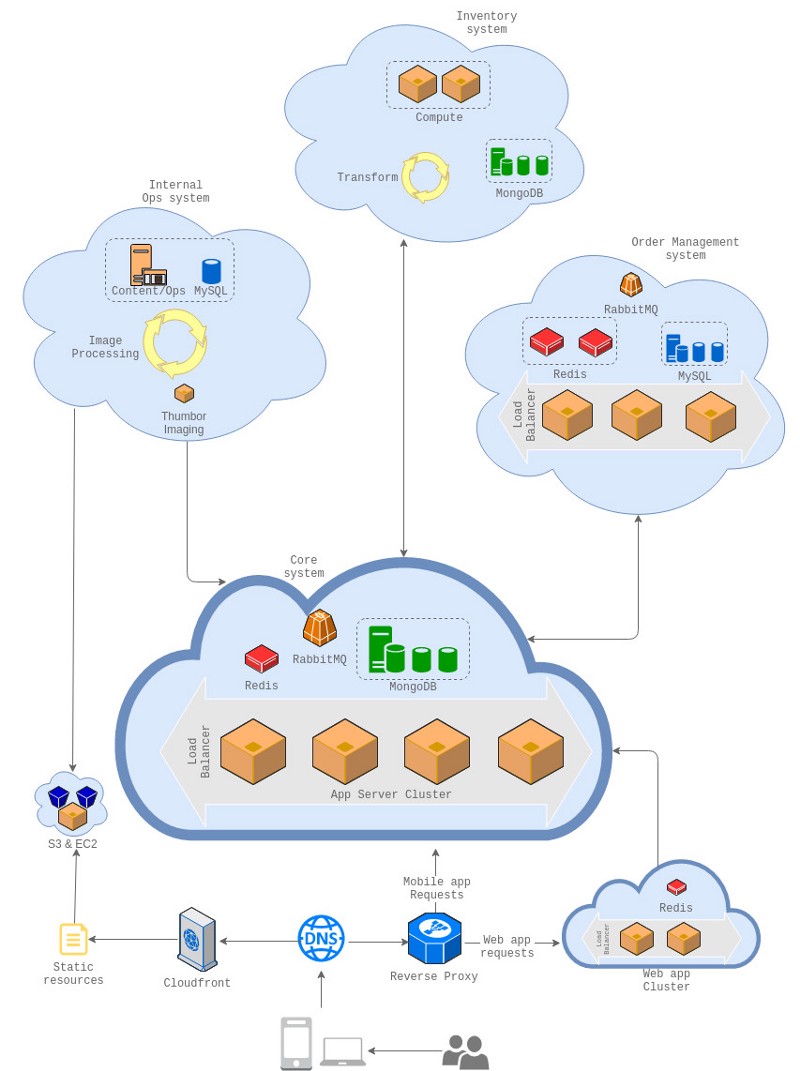 1. Identified the popular and slow APIs and improved them:
Any API that takes over 50 minutes to process, is a “slow API” for us. We put extra efforts to make sure how it can be taken care of. For some, it might be easier to implement, for some, it might need moderate changes and for some, it before very difficult, especially for the ones where you’re dependent on external services

At the beginning of the sale period we had average response time for our APIs from 40–50 ms, which was reduced by around 40% eventually.

2. Increased availability: All the dynamic requests to our app servers originating from either the mobile apps or the web apps were placed behind load-balancers. The increase in redundancy in the database cluster by adding more read-replicas.

3. With the rise in number of active users reduced the number of open data connections required per user: We grouped users into multiple buckets based upon their usage pattern, and for the requests coming from those users we were only using a single connection using a small TTL-based cache.

5. Pre-compute the obvious and keep results ready: This is even true at the database level. Try to keep your caches warm. It might be better to keep a cache warm and unused, rather than missing the cache.

6. Tune data stores to make most use of the underlying hardware:
Monitor, analyse and check if existing hardwares were being used to their full potential and resource availability. It might mean fine-tuning your Mongo, SOLR or any other data store we’re using.

Scale To Deal With 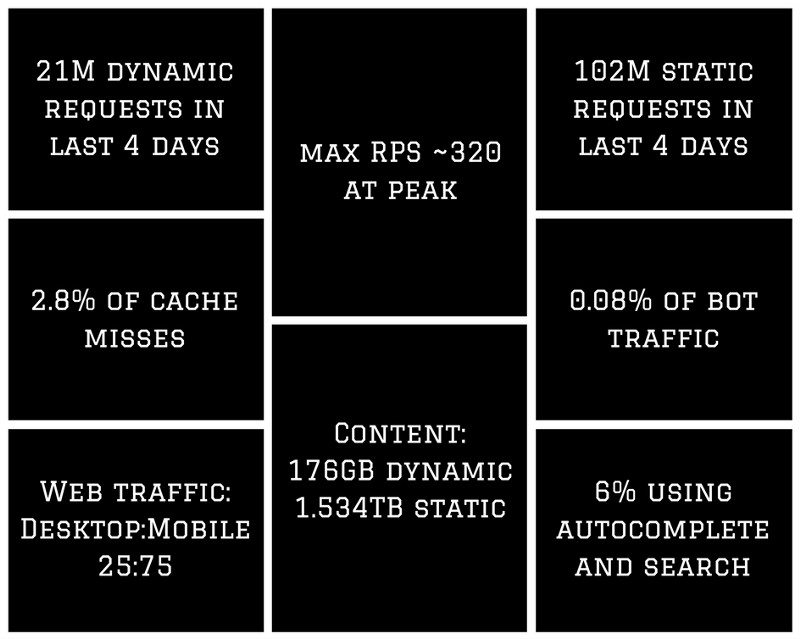 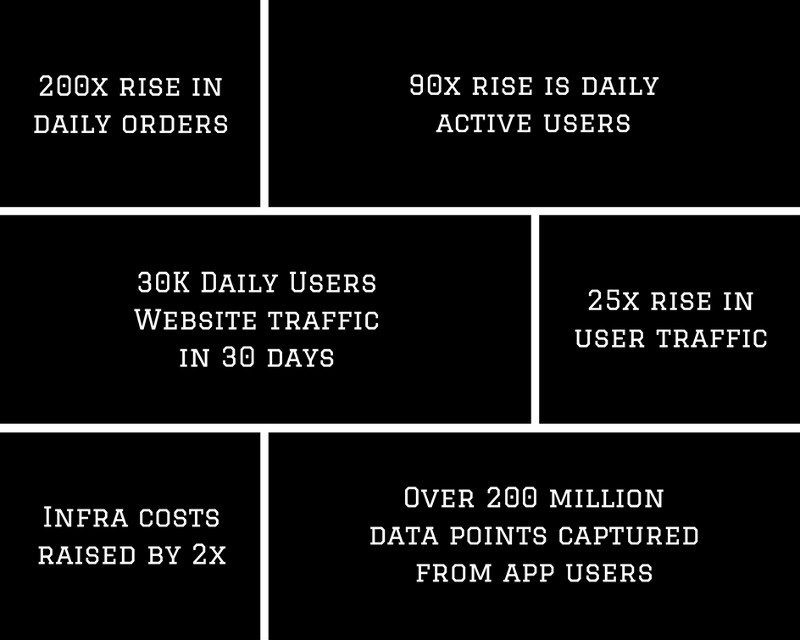 Finally, as a result, we rose to number four on the App and Play stores, in the shopping category on August 16, 2016.

[This post originally appeared on Fynd’s official blog and has been reproduced with permission.]