Social media is a theatre of democratic values and free speech

Freedom of speech and expression manifests itself in many forms including hate-speech, fake news and counterspeech 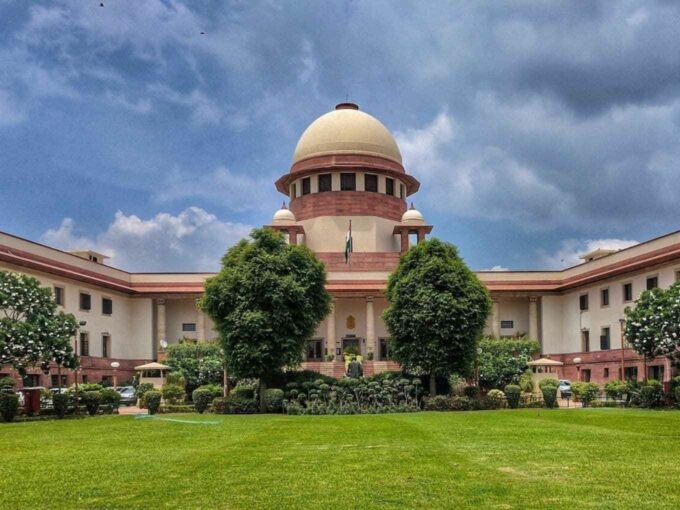 The Supreme Court in K.S. Puttaswamy v. Union of India (2017) ruled that ‘communicational’ and ‘informational’ privacy are a part of nine primary types of privacy and is protected under Article 21 of the Constitution. The recent riots in Delhi and U.P. led Mr Ashwini Kumar Upadhyay to file a writ petition before the High Court of Delhi praying for linkage of Aadhar with social media accounts to enable tracing of originators and distributors of fake news.

His petition was dismissed on an obvious ground that linking of Aadhar is a policy decision which falls within the domain of the ‘Government’ and not that of the ‘Judiciary’ based on the principle of separation of powers which was held to be a basic structure of the Constitution. The petitioner has filed a Special Leave Petition before the Supreme Court to appeal.

The idea advocated by the petitioner is not new. Governments across the globe have attempted to coerce intermediaries to provide access to messages of a class of perpetrators. This class includes those accused of terrorism, illegal narcotic trade, proliferating child sexual abuse material etc. Recently, the open-letter written to Mark Zuckerberg in October 2019 by the American, British and Australian Government requesting Facebook to retract from its plan to enable encryption across all its platforms has been highly criticized by the international community.

There exists a legitimate State interest in protecting its citizenry from internal and external security concerns. The challenge is achieving this aim without compromising the constitutionally guaranteed civil liberties, and the problem lies in the sledgehammer solutions that the State is relying on.

Law Of The Land

The Ministry solicited comments and counter comments from the public and is currently deliberating on the same. The Draft Intermediary Guidelines 2018 vide Rule 3(5) mandates the Intermediary to provide such information or assistance to the Government Agency as requested within 72 hours of presentation of a lawful order.

Social media is a theatre of democratic values and free speech. It provides an escape from the backlash against dissent to activists, satirists, whistleblowers, minorities etc. People who intend to open up about their experiences of abuse behind the veneer of anonymity find solace here. To encroach upon this private space is not only violative of Article 21 but also has a chilling effect on free speech.

The Apex Court in the case of Maneka Gandhi v. Union of India (1978) ruled that depriving a person of ‘personal liberty’ has not only to stand the test of Article 21 but also Article 14 and Article 19. Popularly known as the ‘golden triangle’ of the Indian Constitution, it provides full protection to individuals from any encroachment upon their rights.

In 2015 Apple Inc. denied the FBI’s request to develop and install specific software to access an encrypted iPhone. The Government of India made a similar request to Whatsapp asking the latter to develop a backdoor for the State. The Indian demand entails meddling with the end-to-end encryption model.

Currently, the messages can only be accessed with the key which is with the sender and the receiver of the message and not even with Whatsapp. Creating a backdoor through a private key would be an extremely attractive hotspot for hackers and will cause more problems than solutions.

Prof. Kamakoti offered a solution before the Madras High Court positing that the intermediary may store a private key which may be shared with the government agencies for law enforcement purposes. This solution is particularly flawed as explained by Justice Chandrachud, “Informational privacy is a facet of the right to privacy. The dangers to privacy in an age of information can originate not only from the state but from non-state actors as well.” Accordingly, even an intermediary ought not to have a key to encroach the civil liberties of the citizenry.

Freedom of speech and expression manifests itself in many forms including hate-speech, fake news, and counterspeech. Finding subtle species of extreme speech, trolling and fake-news among others is very common on the internet.

Thus it is important that intermediaries find mechanisms to assist law enforcement agencies without offending the ground norm of privacy. An important step in this direction would be creating awareness about fake news, extreme speech and the punishment that it entails.

Similarly sharing of Metadata which would assist investigative agencies could be a good cooperative model. Metadata which includes information about the devices from which the message was sent and received, profile information, etc. would be very beneficial for the law enforcement agencies.

While breaking encryption and encroaching upon the civil liberties might be an expedient method to deliver justice, the Supreme Court has specifically outlawed ‘Expedience’ as a standard and mandated ‘Necessity’ in S. Rangarajan etc v. P. Jagjivan Ram (1989).