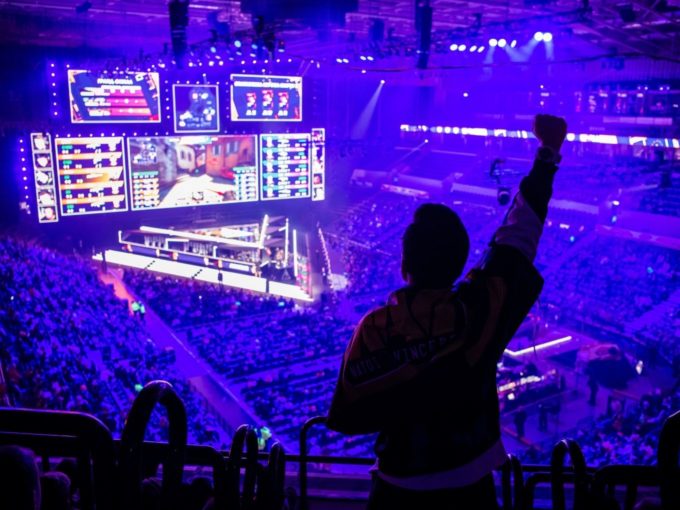 While business sectors across the world have been virtually brought to a grinding halt by the stay-at-home mandate to prevent the spread of the contagious Covid-19, the esports or electronic sports industry, on the contrary, is on a roll. The competitive video gaming industry was already a billion-dollar industry in 2019 — having grown five-fold since 2014. What’s more, it is not showing any signs of a lull in its upwards trajectory.

In fact, the World Health Organization’s safety campaign #PlayApartTogether that encourages people to keep themselves occupied with a range of games, among other things, has helped esports aficionados around the world to follow social distancing rules by staying home and playing their favorite e-games online.

The current pandemic, for the most part, has shifted the entire esports set-up online. Now, instead of players competing to packed indoor stadiums and huge outdoor venues cheered on by their fans, they are competing online versions of the games they’re associated with. All esports events such as The Formula 1 Esports Series, IESF 12th Esports World Championship – 2020 are now played remotely. Team members communicate with each other and their coaches, who are watching them live, through technologies such as Discord and in game chat, even for post-game discussions.

With entire populations staying home, online viewership has skyrocketed. While the world is talking about recession and reduction, we are looking at multiple, very high, double-digit growth rates, and I’m sure most esports players and evangelists will agree that this is our time in the sun.

For the uninitiated, esports, not to be confused with playing Fantasy, Teen Patti, Poker, Rummy, online gaming, betting/gambling, real money gaming and or casual games played on the mobile/PCs etc. such as Temple Run, Candy Crush and Ludo King, is serious business. It is organised video game-focused competition that is live streamed as video content involving multi-player competitions between professional players, individuals or teams.

Video games like FIFA, DOTA2, League of Legends, Call of Duty, Tekken7 fall in this category of esports. They play in front of both real and virtual spectators for prize money/pools that have also steadily grown over the years. Esports brings a certain standard of professionalism which is why it attracts mostly the hardcore esports aficionados and enthusiasts.

Before the pandemic, esports tournaments that took place at huge, dedicated venues, raked in all the revenue through ticket sales, broadcast and streaming rights and sponsorships. Though the industry will see a slight slump in revenues coming from these sources, this will be a temporary phase until we transition to online-only events and tournaments. All esports companies in India are currently working overtime to envision new and innovative strategies that will work best with the current scenario.

In India, one factor that is giving the industry a major boost at a time like this is its young population. India’s youth is numbered at between 400-500 Mn. About 600 Mn people – more than half of India’s population, are under 25-years-old; no country has more young people than India.

As per our estimates we would have approx. 200 Mn esports enthusiasts in our country. Also, the fact that India is a very large market makes it the ideal place for esports companies and brands that want to reach this young audience to thrive in during a lockdown.

While professionals from other sectors worry about jobs and incomes during a health-economic crisis like this, esports continues to be lucrative for professional players who are stars in their own right. They earn well from esports tournaments, events, live streaming because of their skills, nimbleness and ability to quickly adapt and conquer the advanced levels of the games they play. Esports has the potential to expand and establish itself as a robust industry by itself because of the vast employment opportunities it also offers to coders, developers, software engineers, specialist gamers, game designers, casters and IT specialists.

The evolving use of Internet of things, cloud computing, artificial intelligence, and machine learning will also bring about disruptive changes in esports making it more organised and professional in the future. We are also looking at government support to help us normalize esports in India. Esports has now been included in Asian Games – 2022 as a medal sport and ESFI’s esports athletes Tirth Mehta won Bronze medal in Asian Games – 2018 (where esports was a demonstration sport) and Karan Manganani was placed 4th for Clash Royale. We would like the government to help clearly define and differentiate skilled gaming or esports from gambling and betting. Our Ministry of Sports should recognize our sport and Esports Federation of India (ESFI), which is the full member of International Esports Federation and Asian Esports Federation. We are not only talking about growing & recognizing our sport but also building an altogether new futuristic industry.

The broad objective behind setting up this thriving esports ecosystem in India is to establish the fact that #GamingIsForGood. It offers a balanced mix of fun, learning and engagement and has something for everyone irrespective of their demographics–something all of us can benefit from during the Covid-19 crisis.