Why Global And Indian Brands Are Bringing Aadhaar Enabled Smartphones?

Why Global And Indian Brands Are Bringing Aadhaar Enabled Smartphones? 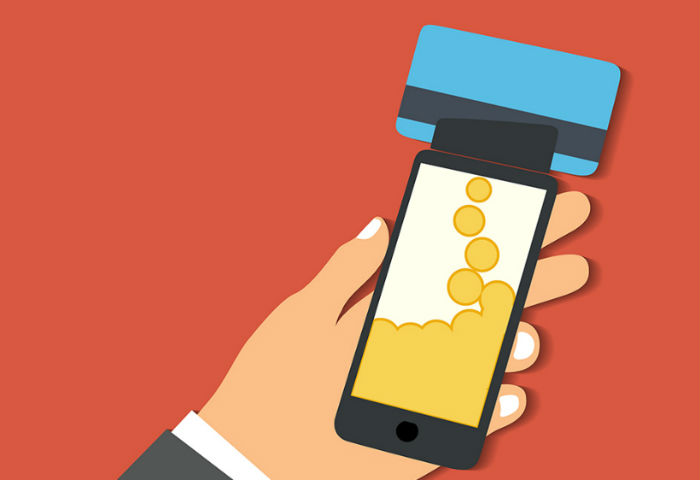 Aadhaar & Smartphones: The Beginning of a Revolution

While mobile phones are widely used for voice communications the same has been now increasingly used for consumer apps such as chat, social networking apps, online shopping, and to access other pivotal apps.

Aadhaar, in addition, is now almost a de facto standard for resident authentication and eKYC across government and private enterprises. Beginning in the year 2010, Aadhaar today has covered around 80% of the Indian population. It is used for everything from government’s food and cooking gas subsidy program, employment guarantee program, employee attendance, citizen identification for passports, driver’s ID, to payments, bank accounts and SIM activations, and many more use cases yet to come.

Together, both mobile and Aadhaar are core components of the government’s Janadhan Aadhaar Mobile (JAM) led initiatives.

Out of the 1+ Bn mobile phone users in India, about 700+ Mn are still using feature phones. For a majority of these 700+ Mn users the need to upgrade to a smartphone to use common consumer apps does not offset the high price tag of even the cheapest smartphone at about $100 USD.

Now, a majority of these 700+ Mn users are also those for whom Aadhaar plays an important role in their daily lives – to access the government subsidy and benefits programs, access banking systems, and now post demonetisation, also make/receive payments. An inexpensive smartphone that can not only run common consumer apps, but also run Aadhaar enabled apps has more significant value proposition.

And it is these 700+ Mn users in India that make it is such a great opportunity for global and Indian brands to bring Aadhaar enabled smartphones to.

A Strive Towards Financial Inclusion

While discussing an easier and prompt access to government services and subsidies, it is also important to mention how Aadhaar-enabled smartphones have the potential for spreading financial inclusion across the country. The demonetisation drive by the government revealed the existing loopholes in the digital infrastructure. However, the transition is important for the purpose of stabilising the economy, making it immune to the perils of money laundering, while achieving an increased GDP growth.

Post the roll-out of UPI (Unified Payments Interface) from National Payments Corporation of India (NPCI), with the potential of turning each smartphone into a bank. Aadhaar-enabled smartphones would seamlessly integrate your authentication in the process, allowing a myriad banking and financials tasks like P2P lending, online payments etc to transpire online.

Starting with the launch of smartphones with biometrics around 2013, both the industry and government saw a path to bringing Aadhaar enabled apps to the smartphones, and scale the use of Aadhaar to use cases and demographics previously thought impossible. But there however was a technical problem – the fingerprint readers found in smartphones are not Aadhaar compliant. In May 2015, Fujitsu and Delta ID introduced the world to the first iris enabled smartphone, the F-04G in Japan.

The iris feature, as implemented in this smartphone was assessed to be compliant with Aadhaar. Additionally, this solution was inexpensive, built using simple off-the-shelf components widely used and understood in the mobile industry. With this, the industry and the government finally had a feasible solution to bring Aadhaar authentication and eKYC to smartphones, and run popular consumer apps and Aadhaar enabled apps using a single device.

Aadhaar-enabled smartphones are surely going to open floodgates of opportunities for national inclusion and democratisation of products and services. However, both OEMs and users need to be aware about certain impending security challenges.

OEMs should ensure appropriate security and privacy control mechanisms are implemented in Aadhaar-enabled phones to prevent any unsecured biometric data to be extracted out of these devices.

UIDAI (Unique Identification Authority of India) further envisions a plausible solution to the same challenge in a registered device. The UIDAI key has the potential to encrypting the biometric information within chips used in phones. The same would make it impossible for any system other than Aadhaar server to access the information, further isolating and hence, safeguarding the information to be decrypted and reused.

We stand today at the cusp of a revolution. With systematic and streamlined efforts in the direction, both by the government and OEMs may result in complete transformation of the state of affairs today. Aadhaar enabled smartphones may warrant additional innovation and disruption from the parties involved. However, once through, the evolution may prove to be a game changer in the field of public policy in India.

[The author of this post is Salil Prabhakar, CEO and founder, Delta ID, leader in Iris Technology.]