8 Marketing Lessons To Be Learnt From The Delhi Elections

8 Marketing Lessons To Be Learnt From The Delhi Elections 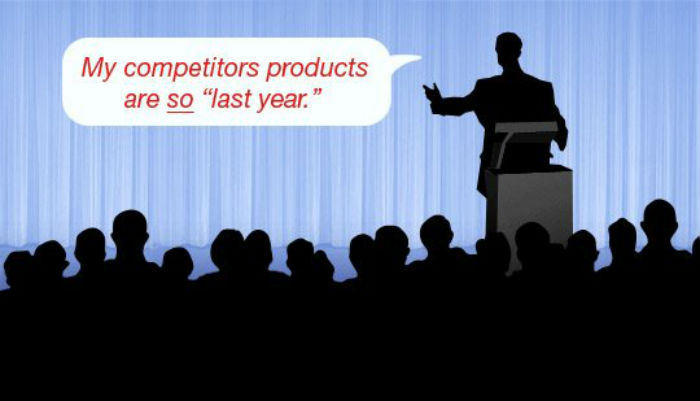 Rajesh Menon
Rajesh is the CEO & Founder of Agencyonnet, a technology enabled platform that helps businesses drive greater marketing efficiency. He is also the Managing Director of Impact Marketing.

The 2015 Delhi Election saw the Aam Aadmi Party get a massive 96% of the seats. In marketing parlance such a victory is akin to a relatively small brand garnering a 96% marketing share and dislodging a super brand like Brand Modi within a span of 2 years and killing every other brand in the process. How did Brand AAP manage this? What lessons can we as marketers learn from this?

A classic mistake that successful brand marketers make is to believe that their brand is infallible. Marketing graveyards are filled with brands that made this mistake. Brand BJP, after its massive success in the 2014 General Election fell victim of its own infallibility. It assumed wrongly that the brand was infallible given that they had dislodged Brand Congress completely. Brand BJP assumed that no other brand could dislodge it in the short run.

Marketing history is also replete with numerous case studies of smaller nimbler startup brands completely dislodging stodgy established brands and establishing themselves as the clear market leader. In the 2015 Delhi Election, a start brand like Brand AAP did just that.

One of the big reason successful brands succeed is that they listen to the consumer. Marketers who regularly conduct market visits talking with retailers, consumers and distributors have a better sense of what the market is, the way the market is reacting to their brand and the way the trade believes in the brand.

For Brand AAP it was no different. Through Mohalla Sabha’s and Delhi Dialogue’s their representatives spent most of the time pre-elections to understand what the common man’s key issues and problems were. By virtue of listening to their voter base, Brand AAP was in a far better position to address these issues as part of their election campaigning and thus connect better with their consumers or voters.

Lesson 3: Your Product should address your consumer pain points

An ingrained part of the Indian culture is a premiumness for fairness. Which is why one gets to see a multitude of fairness creams in the market. Marketers have understood the psychological pain points of those who are less fair and addressed them by positioning their brand as the panacea.

In the same way, Brand AAP having got the pulse of the Delhi Voter, having perfectly understood the key pain points and issues that were vexing the consumers brought out their manifesto that articulated clearly specific benefits that would accrue to consumers should they ‘buy’ into Brand APP. From free water to subsidized electricity bill to toilets to free Wi-Fi, they had something for every class of consumers.

A classical brand trap that many marketers do is to have an over-exposed brand ambassador and an over-exposed brand line. The consumer fatigue curve is a short curved one when it comes to advertising messaging, which is why creative agencies continue to survive, having to continuously think of newer ways to bring excitement to the brand. Optimal messaging communication with advertising breaks are highly recommended to reduce brand messaging fatigue, especially when one tends to use the same advertising line in every campaign.

For Brand BJP, the Delhi Election was an over exposure of their brand messaging. Unlike other markets, consumers of Delhi are exposed to campaigns that happen in other parts of the country thanks to the high media exposure. While Brand BJP had an excellent brand signature line that in the 2014 general elections, over exposure of the same line for the Delhi election simply did not work on two grounds- one it was no longer relatable to the voters as the two were distinctly different and secondly there was massive over exposure of the campaign leading to quick consumer fatigue.

Lesson 5: Have a relatable brand ambassador

Brand AAP had an extremely relatable brand ambassador in Arvind Kejriwal right down to the symbols of the cap and the muffler. Brand symbols are powerful tools in relating your brand and Brand AAP got it right in the two symbols they chose to project their brand ambassador as the common man- the man on the street.

Lesson 6: Take your trade along with you on your journey

In the Delhi Election, Brand AAP had scores of highly motivated self-less volunteers coming from all over the country to campaign for the party. On the other hand, Brand BJP had to crack the whip and bring in 120 of their top guns as well as scores of their workers to combat the channel clout of Brand AAP. In trade marketing, it is often the foot soldiers, the cycle salesman, the sales executive, the distributor’s salesman who win the small battles in every locality rather than the senior management team that comes in for market visits.

Brand AAP’s charged up volunteers were clearly more than a match for Brand BJP’s top generals and hired workers.

Lesson 7: Have a great marketing team

It’s a fallacy we often like to believe that one man is responsible for a marketing success. It rarely is so. While one man can drive the vision, it takes a team to fructify that vision, handle the operational logistics flawlessly and the numerous day to day detailing that goes into making a successful brand.

For Brand AAP, the hiatus that they got between the 2014 general election and the 2015 Delhi election was time enough to put together their team which had time to work together cohesively as one single unit. On the other Brand BJP struggled until the last minute to put together a working team. Most decisions appeared to be being made from the BJP headquarters rather than the state unit. The result was that the cohesiveness simply did not exist. And when there is no great team, the outcome is less likely to be fruitful

When Brand AAP was launched as a national brand in early 2014 it did not make any dent in the consumer mind spice expect for a toe hold in Punjab. This, despite massive media attention that the brand had got across national TV and print.

Post 2014 National Elections Brand AAP decided to focus its efforts solely on the Delhi market. This helped the brand regain its lost impetus.