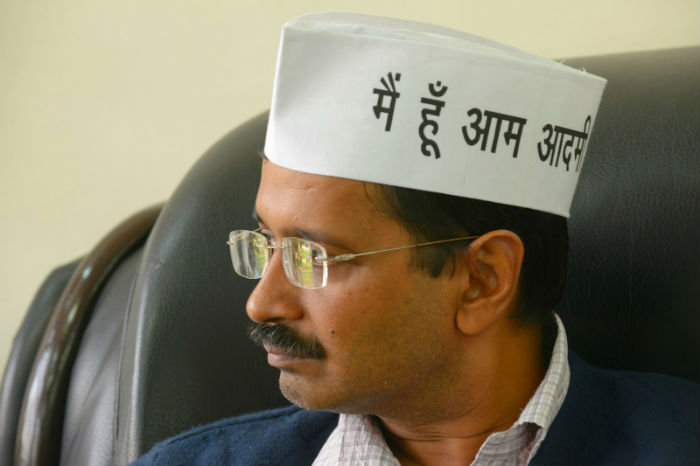 Arvind Kejriwal, or Mufflerman, is soon going to be the CM of Delhi. Two years back, nobody had thought of Kejriwal even being elected as the MLA, forget about him being the CM. Famed leaders used to dismiss his politics and joked about him on TV channels. But, Kejriwal proved them all wrong.  All alone, he stood against BJP’s tough lineup of the MPs, Ministers and The PM. With a rockhard will to change the country, Kejriwal stepped into the “dirty” politics and forced the bigger national parties to change the way they thought and the way they worked.

So, today, from Kejriwal’s journey that began with him as the Mufflerman, we bring to you the lessons that all entrepreneurs and especially newer ones can learn from the man who slayed the giants of politics.

During the short time that AAP has been in the Indian political scene, it has faced lots of controversies and blames. Kejriwal did not reject the claims without proper interrogation. The party had a special cell for investigating the blames against its own workers and took strict actions of even dismissing the members from the party.

Similar goes for startups, yes, there will be people who will blame you, criticise you. Don’t ignore this criticism, rather take them on a serious note and implement accordingly.

Don’t part away with your principles even if the world is standing against you!

Though Kejriwal’s principles and morals were completely different compared to his competing politicians, but, he never gave up on them. Even in the times of atrocities, Kejriwal stood tall and never took the shortcut to success.

Entrepreneurs can learn from his journey about how and why they should stand by their values even if the world is against them.

Although Kejriwal’s Aam Aadmi Party fared pretty well in the 2013 Delhi elections, but the party had to suffer humiliating defeat in the following Lok Sabha elections. Still, the AAP convener did not lose his heart and remained calm and composed and kept working hard for the upcoming State elections.

So, whatever comes in your way, just keep working towards realising your dream. Yes you will fail, not just once but many a times, but you need not be disheartened. Just accept your mistakes and learn not to repeat them.

Bigger is NOT better. Don’t expand if you can’t control.

Kejriwal after performing well in the Delhi elections was eyeing the seat of the PM. He resigned from Delhi (for whatever reasons) and staged more contestants than the BJP or Congress ever did. And the result made Kejriwal’s party an element of national joke.

This is something startups must take up seriously, although expansion is quite an important phenomenon in the growth of startups, but, you should not expand just for the sake of it. Prior to expansion, carry out thorough market research, analyse your competitors and then only make a move.

Connect with your customers and always stay humble

Kejriwal’s speech and his humble attitude did strike a chord with the masses. Kejriwal always claimed to be one from amongst the “common man” and that seemingly played a huge role in Kejriwal’s road to the Secretariat. The party’s logo, their campaigning strategy and the ability to connect with the voters did work wonders for them.

All we can say here is “make customers your best friends!!” Understand them and work on what they need, not what you can provide.

AAP protested against corruption and gave real and practical solutions to curbing the menace. This was something that no other party had done anything about and indeed was the Aam Aadmi Party’s USP. AAP condemned communal politics, fought corruption, refused to allow contestants with criminal record and gave the population an alternative with a completely different framework as compared to any other party in its competition.

What you need to realise is that, competition is there, and will always be, but, if you wish to stay in the game, you need to act different, you need to have a USP.

Kejriwal in his political career had lots of ups and downs. There were time when his loyal supporters and friends abandoned him and some even stood against him. But, little could such atrocities affect the man who had the determination that could move mountains.

So, entrepreneurs should stay determined and not lose hope, no matter how hard the circumstances get.

The quote literally suits Kejriwal. The population of Delhi now has huge expectations from the man. We hope he does not disappoint them.

All the best wishes from Inc42 to the new CM!!!