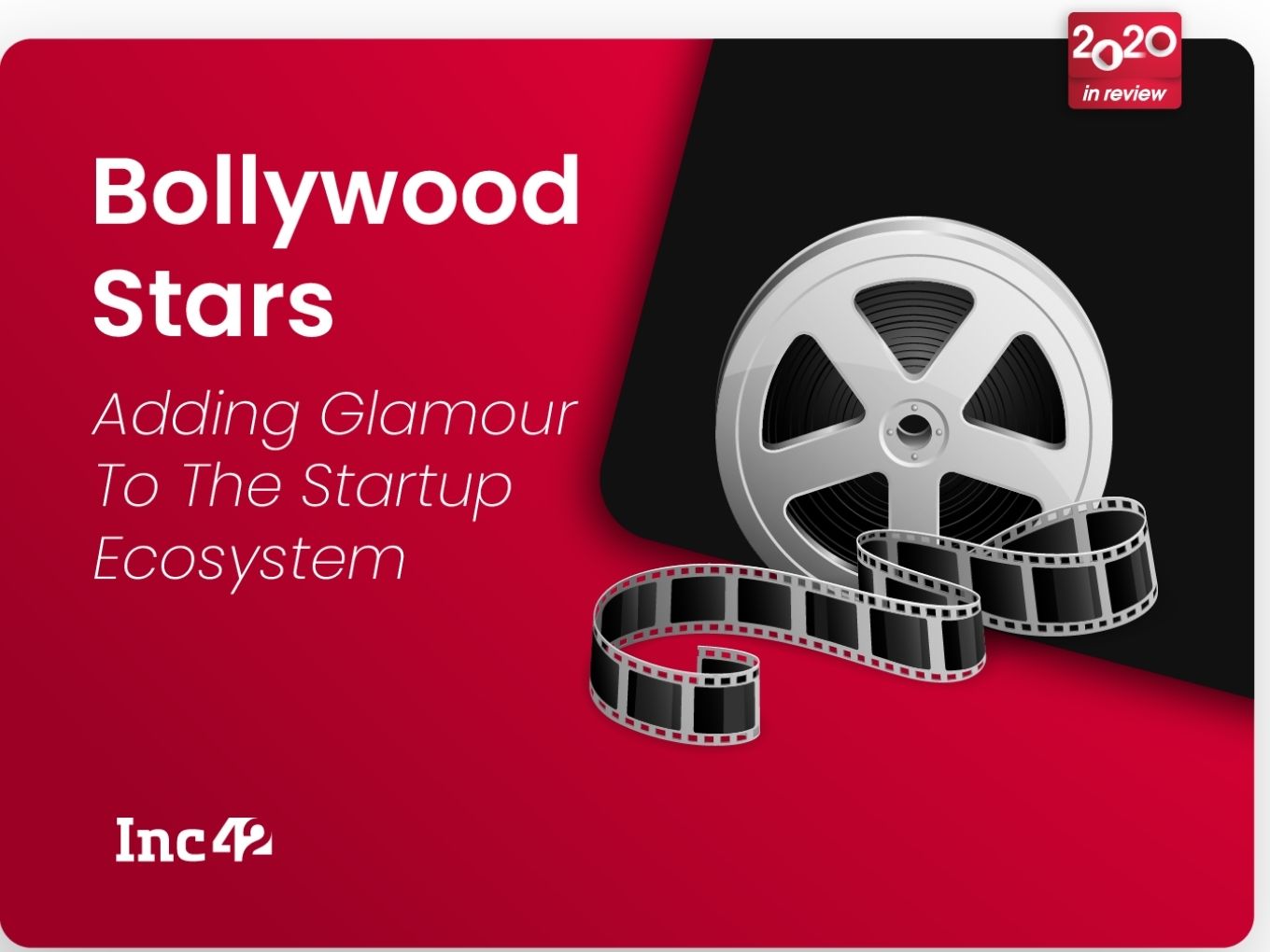 In 2020, seven Bollywood celebrities backed startups as investors, while others even launched their own ventures

The likes of Alia Bhatt, Anushka Sharma, Suniel Shetty and Sonu Sood have invested in startups in various sectors this years

2020 has been a tough year for the film industry with most releases and production halted, so naturally, Bollywood celebrities focussed a lot more on startup investments and even launched a few.

Considering the glamour and the reach associated with Bollywood celebrities, it is no surprise that startups have turned to them for endorsements and investments. Over the last few years, film industry celebrities such as Amitabh Bachchan, Aamir Khan, Salman Khan, Madhuri Dixit, Shilpa Shetty, John Abraham, Deepika Padukone, Ayushmann Khurrana, Shahid kapoor and Jacqueline Fernandez have invested heavily in Indian startups.

This year, there is a surge in the number of Bollywood celebrities investing in startups with the likes of Alia Bhatt, Katrina Kaif, Kajal Agarwal shown off their penchant for tech by backing various startups. Previously, celebrities like Aishwarya Rai Bachchan, Malaika Arora, Shilpa Shetty and others had also invested in various startups.

Founded in 2012 by Nair, Nykaa is an online marketplace for beauty and wellness products. The company claims to have increase its presence in the country with around 70 stores. Also, it has its portfolio filled with luxury brands such as Tom Ford, Jo Malone London, Dior and Givenchy. It competes with ecommerce platforms such as Amazon Fashion, Flipkart Fashion and Myntra.

In terms of funding, the company had previously raised INR 167 Cr from Steadview Capital in two different tranches in May this year. Meanwhile, It had also raised INR 100 Cr from American private equity firm TPG Growth and $15.72 Mn from Lighthouse India Fund III.

FrontRow engages celebrities and noted personalities to give learners a hands-on and engaging learning experience from those who have already made a big name for themselves. It has stand-up comedians, cricketers, actors, musicians and other personalities as teacher-influencers.

Padukone has been an active investor among the Bollywood industry. In March, she invested INR 1 Cr as a follow-on investment in D2C food brand Epigamia after first investing in 2019. Last year, the actor’s family office had invested in Delhi-based electric vehicle startup Blu Smart as part of an angel round of $3 Mn.

Actress Kajal Aggarwal has donned the hat of an investor after investing an undisclosed amount in Mumbai-based online gaming platform Okie Gaming. She picked up a 15% equity stake in the company and will be joining Okie Gaming as a board member.

Kaif said, “I was familiar with the company’s growing brand equity and market leadership and becoming an investor is the next logical step in sharing the Nykaa vision. Nykaa has opened new avenues for women to explore and celebrate their own unique idea of beauty.”

The startup, which turned unicorn this year, had raised INR 167 Cr from Steadview Capital in two different tranches in May 2020. It has also raised INR 100 Cr from American private equity firm TPG Growth, and valued at $724 Mn post the round in April 2019 and $15.72 Mn from Lighthouse India Fund III.

Actor-turned-entrepreneur Suniel Shetty continued to back new startups in 2020, after investing in several ventures in 2019. Shetty invested an undisclosed amount in the edtech business of Sai Estate Consultants. Founded by Amit B Wadhwani and Vicky Wadhwani, the upskilling business will focus on providing consumers with a combination of education and entertainment.

This year, the actor had also invested an undisclosed amount in another startup called Vieroots. The Kochi-based startup which was founded by Sanjeev Nair in 2018 is estimated to be valued at INR 100 Cr.

Bollywood actor Sonu Sood, who became a messiah for migrant labourers during the pandemic has taken a minority stake in Spice Money which is a subsidiary company of DiGiSPICE Technologies Limited.The actor has also been appointed as a non-executive advisory board member in Spice Capital.

Celebrity Launching Their Startups This Year

Bollywood actor Alia Bhatt has now become an entrepreneur as she has launched a startup called Ed-a-mamma which basically caters to the kidswear category. The startup provides sustainable clothes at a price ranging from INR 350 for children in the age group of 2-14 years.

The startup plans to enter Amazon and Flipkart early next year and the company is going to launch its ecommerce website in April 2021. The startup claims to have naturally sourced and sustainable apparel for children.

Ed-a-mamma is fully funded by Alia Bhatt and the company claims to have sold 70% of the range since the launch six weeks ago and uses organic cotton and non-plastic buttons for the clothes.

Yet to be launched in the market, Imagine Meats will develop food items relevant to the Indian non-vegetarian consumer targeting preparations such as biryanis, kebabs and curries.

TV and Bollywood actor Sonu Sood shot to fame on social media during the lockdown with his efforts to help India’s migrant workers. The actor launched Pravasirojgar, in partnership with edtech startup Schoolnet India, in July this year in the hopes of taking this a step further. The startup helps migrant and transient workers find skilled jobs at employers such as Amazon, Max Healthcare, Portea, Sodexo, Urban Company, etc.