The new education policy focuses on interdisciplinary study and will ensure focus is on what students want to learn, says PM Modi.

As per new recommendations, classes for pre-primary students should not exceed more than 30 minutes 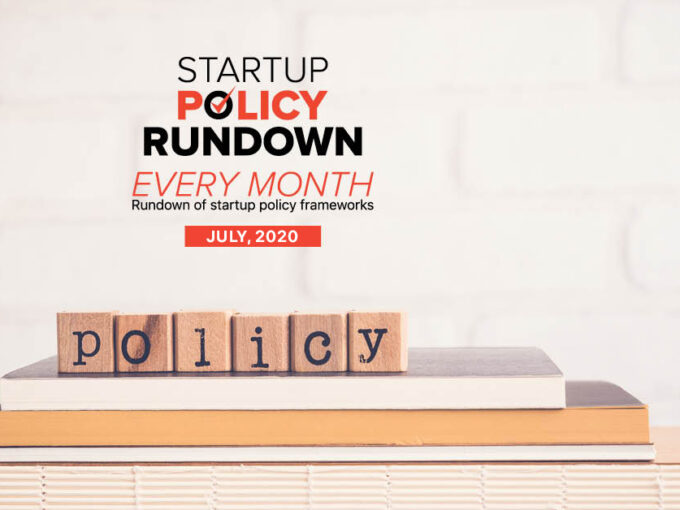 On Wednesday (July 29, 2020), HRD Minister Ramesh Nishank and I&B Minister Prakash Javadekar announced the launch of new National Education Policy (NEP), after approval from the Union Cabinet under Prime Minister Narendra Modi earlier in the day. According to the government, the new education policy aims at making India a global knowledge superpower and emphasises on digital education and remote learning along with the question of equitable access to education given the digital gap in the country.

The new education policy has opened doors for edtech startups, where they can help schools, students and teachers in providing a seamless experience, thereby enabling students to identify their interest areas and skills. However, with the existing digital lag in rural areas, the need for solid technology infrastructure plays a vital role in order for this to work.

Javadekar said that the new policy is crucial as there was no change in the education policy for the last 34 years. The new NEP will be replacing the existing National Policy on Education 1986, which was later modified in 1992.

According to the HRD Ministry, the present complex nomenclature of higher education institutes such as ‘deemed to be university,’ ‘affiliated university, ‘affiliating technical university,’ unitary university’ would be replaced simply by ‘university.’

In the secondary education stage, the government has included Korean language, among other foreign languages like Thai, Frech, German, Spanish, Japanese, Portuguese and Russian.

At the same time, the government’s three-language formula under NEP 2020 has faced criticism among the state government. Recently, the Tamil Nadu government rejected this and said that it will not deviate from two-language policy (Tamil and English).

Also, the schools will not have any rigid formation of streams of arts, commerce, science, and students can take up whichever courses they want.

In addition to this, the government has said that the new education policy suggests a reduction of the school curriculum to core subjects with a vocational integration, coding from class six onwards, along with developing a scientific temper in students from a young age, and would integrate 21st-century skills and mathematical thinking.

The government also said that the report card will include assessment of the students by both teachers and fellow students. It will also be introducing artificial intelligence (AI)-based assessment of students each year, where it plans to prepare teachers for the assessment reforms by 2023. Most importantly, the government also said that the board exams will test the students’ knowledge and its applications and not just role learning.

Speaking at the Smart India Hackathon 2020, Modi said that the new education policy focuses on interdisciplinary study and will ensure focus on what students want to learn. Further, he said that the government is focusing on the quality of education in India, and making sure that India’s education system is the most advanced and modern for students in the country.

Congress MP from Thiruvananthapuram Shashi Tharoor commenting on the NEP 2020, said that it is a much welcome move, however, raised questions as to why it was not brought up for a discussion in Parliament. “I am glad the Modi government has finally grasped the nettle, even if it took them six years to do so. Challenge is to ensure aspiration is matched by implementation,” he said, in his post on Twitter, where he added, “a number of suggestions made by some of us seem to have been taken into account.”

There is much to welcome in what we have seen of the #NewEducationPolicy2020 announced by @DrRPNishank. A number of suggestions made by some of us seem to have been taken into account. However,the question remains why this was not brought before Parliament first for discussion.

The Ministry of Human Resource Development (MHRD) has released new guidelines for online classes called ‘Pragyata.’ The new guidelines include limits set on-screen time for students and even on the number of sessions per day. This decision by the government comes into the picture after parents raised concerns about increased screen time due to online classes, which was being conducted the same as the pre-Covid-19 times.

Accordingly, schools have been given recommendations stating classes for pre-primary students should not exceed more than 30 minutes, for classes one to eight (two online sessions of up to 45 minutes), and for classes nine to 12 (four sessions of 30-45 minutes duration). In addition to this, the guidelines include eight steps of digital learning, including plan, review, arrange, guide, talk, assign, track and appreciate.

In a bid to ensure fair competition, consumer protection and data localisation, the government has made the second attempt at framing a draft ecommerce policy. The draft policy looks to tighten control over ecommerce companies such as Amazon, Flipkart, Google among others, and is said to increase compliance worries for the tech giants.

In the 15-page draft reported by Bloomberg, one of the main highlights of the proposed new ecommerce law, include identifying information that will be restricted for harvesting, storage, use, transfer, assignment, processing and analysis.

In addition to this, the definition of ecommerce has been widened, and will now include buying, selling, marketing, distribution or providing access to goods, including digital products, or services. These will include aspects like B2C/B2B ecommerce marketplaces, internet-based consumer-facing content platforms, app-based ecommerce, connected device-based services and a hybrid combination among others.

The Ministry of Defence (MoD) announced the release of the second draft of proposed new defence procurement guidelines, with a view to unveiling the formal policy later this year. Previously known as the Defence Procurement Procedure (DPP) 2020, have been renamed as the Defence Acquisition Procedure (DAP) 2020. According to a press statement, the new draft was amended by a defence procurement review committee in response to observations made by stakeholders on the first draft, which had ‘more than 10K pages of comments,’ along with the government’s reforms announced in May, which called for an increase in self-reliance in the face of supply chain disruption highlighted by Covid-19.

Accordingly, the government had decided to increase the cap on foreign direct investment (FDI) in defence from 46% to 76% and to introduce a new list ‘banning’ the import of unspecified types of defence equipment.

Amid the rising number of Covid-19 cases in the country, the government announced that it will be revising the export policy on personal protective equipment (PPE) and masks. Accordingly, the export of medical equipment across all categories including medical goggles, masks, other than non-medical and non-surgical masks, medical nitrile and NBR gloves and face shields remain banned.