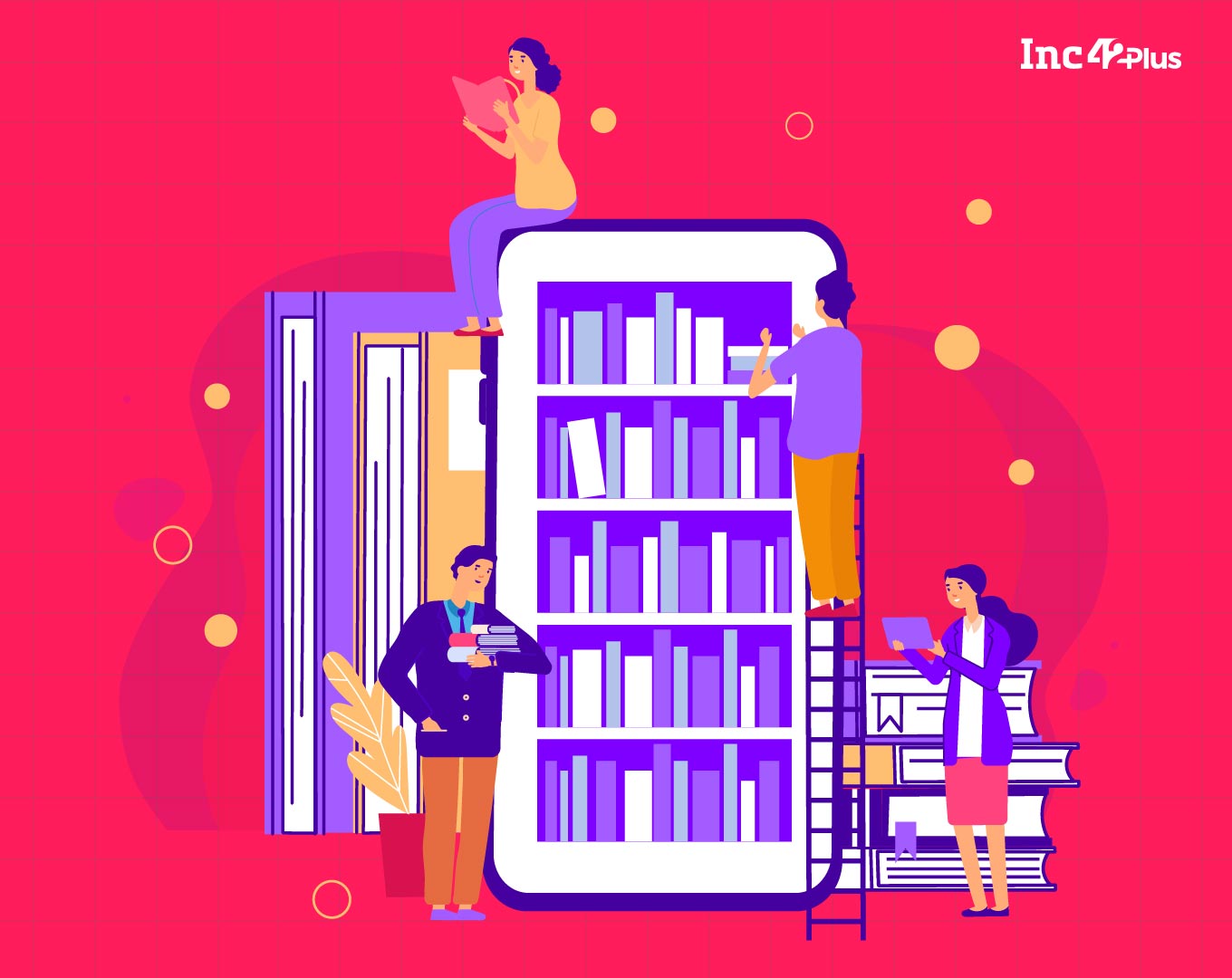 BYJU’S success as a product company has four elements: The transition from offline to online, personalisation, being relevant across curriculums and driving engagement through gamification

Although the company was recognised as one of the fastest-growing among edtech peers in 2015, the segment did not see adequate traction like other consumer tech businesses such as ecommerce and food delivery

Besides scaling up subscriptions at a fast clip and improving the renewal rate, another key challenge was getting the students hooked to educational products

It is an oft-repeated story. The year was 2015. BYJU’S, an eponymous brand set up by Byju Raveendran in 2006 as a CAT classroom coaching centre, had launched a tablet with video modules for classes 8-12 a few years ago and was looking to go big in the online space.

The timing could not have been better. In less than a year, the Reliance India-orchestrated Jio revolution would make data so cheap that internet products would get a chance to stand tall. But BYJU’S did a little more. In about five years, India’s first edtech unicorn (the company entered the rarefied club in late 2017) has turned into the second most-valued decacorn of the country. Its worth is now close to 12 Bn, according to latest reports.

Clad in a black tee, Raveendran is the Steve Jobs of this story as he has identified a market need faster than anyone else and helped millions of students study for the most important exams of their lives. But another person plays a vital role in this narrative, although he is not always in the limelight.

Ranjit Radhakrishnan joined the company as product head in 2015, the year BYJU’S launched its app. He came in from Hike Messenger, but before that, the product expert had learnt the ropes of product development at HCL, Verizon and Zynga.

Soon after he came on board towards the end of 2015, the company launched its learning app. “Funnily enough, I assumed that we would take at least a couple of months to stabilise the app and structure the pieces around it. But everything was running perfectly, and within three months of the launch, we crossed 2 Mn downloads,” says Radhakrishnan.

The Great Transition From Offline To Online

According to Radhakrishnan, the BYJU’S founder and CEO had already discovered the product-market fit by dint of running successful courses for almost a decade. After all, he used to be one of India’s most celebrated teachers.

In some ways, it is true. Students used to fill huge city auditoriums where Byju Raveendran held his CAT coaching classes. As his popularity grew, it happened all over the country. And that was how the hands-on edtech entrepreneur discovered that many Indian youngsters did not have a clear understanding of maths and science taught at the school level.

There was a dilemma. Teaching adults the tricks of acing an entrance test that could make or break their careers was one thing. But getting the undivided attention of kids and hand-holding them through a course to help them master each concept is a different ball game. Throw in the variables of multiple boards with varying curriculums, different age groups and the internet bandwidth in different areas, and the enormity of the challenge begins to unravel.

“The decision to go online from offline came with a strong understanding of what online can enable. I would say that the success of the transition rested on four pillars. The first is scalability and reach; the second is relevance; the third is personalisation and the fourth is engagement,” explains Radhakrishnan.

Even in 2015, BYJU’S was recognised as one of the fastest-growing companies among edtech peers. But the segment was yet to witness healthy traction similar to other consumer tech businesses such as ecommerce and food delivery. That was when Sequoia Capital came in as an investor. With a $25 Mn cheque in its kitty, the startup shot to prominence almost overnight.

Next came the scalability puzzle and BYJU’S managed to crack it.

That year, the company launched its first-ever mobile app, recognising that the only way to reach every student in every nook and cranny could be through the smartphone. The resulting numbers validated the hypothesis. Compared to 2 Mn students in December 2015 (the pre-app era), the company saw 5.5 Mn trying its app in 2016 out of which 450,000 came on board as paid users.

Next came two more crucial challenges — relevance and personalisation which any edtech product minus a real-time teacher faces. According to Radhakrishnan, the company has been building features to personalise learning modules to solve this issue.

At the heart of this effort is a mountain of data used to create a ‘knowledge graph’. Based on that, the app figures out the learning challenges a particular student faces and how to route his/her study plans accordingly.

“Every piece of content we have, every question we ask comes tagged with difficulty level, the average time taken to answer, the general accuracy range of kids of a particular age group and so on. This helps us generate tonnes of data from which we create a unique learning profile for each user,” says Radhakrishnan.

The focus on personalisation has ultimately paid off as it helped push up the renewal rate to more than 85%.

When it comes to learning, getting the users firmly hooked to the product often sees the best outcome. Social media platforms like Facebook and Twitter do it through new features — triggers that attract and hold users’ attention for an extended period. Ecommerce platforms do it by showing what other users from the same demography and with similar buying habits have purchased. But how does an edtech platform retain a student’s attention for extended periods? It is crucial for two reasons. First, the more time a student spends on the platform, the bigger the chance of achieving the learning outcomes desired by parents. And second, it will help push more products to students and increase users’ lifetime value.

The answer to this puzzle lies in gamification — introducing interactive features using game design principles to grab kids’ attention. “The game systems on the platform have helped drive engagement and completion rates by 2.5-3x, even by a conservative estimate,” says Radhakrishnan.

But building those features were not as simple as posting points on a leaderboard or giving percentile scores to create competition. They involved complex game mechanics. The dynamics of designing those games required a thorough understanding of child psychology — in terms of what they see as achievement and enjoyment — and the nuances of the language used to communicate with them. Both factors determine if the games are useful.

In the 2017 version of the app, BYJU’S had developed the UI accordingly. Now, a student can opt for a ‘learn mode’ where each stage of the learning process is marked on a map, and the child sees it as a mission to accomplish one level to move to the next.

As a result, BYJU’S is also on the lookout for companies which can provide readymade solutions in this space. In 2019, it acquired US-based Osmo for $120 Mn. The company develops augmented reality games for children on iPads and iPhones. A year later, the edtech behemoth also acquired Bengaluru-based LabInApp that offers 2D and 3D simulations of laboratory experiences on its platform. The companies have not disclosed the deal value yet.

The focus on gamification has increased so much at BYJU’S that whenever a product team comes up with a course idea, it must also explain how it intends to tackle the gamification part.

Finally, how does BYJU’S conceptualise a new product or a feature?

First comes the concept pitch where two-three members of the product team come together to define the objectives and build the prototypes for testing the idea. If it goes through the first stage, engineers are brought on to check the concept’s scalability. Next, a product architect comes on board to see if it fits the frameworks on which BYJU’S builds its products. Subsequently, media and pedagogy experts enter the equation to fine-tune their ends of the product.

“From a product perspective, we still keep things nimble and light. However, we may have an additional product manager or two to take the vision out to a large set of users. This changes from product to product or from one feature to another. But largely, the number (of product managers) goes up a bit from concept to production stage,” explains Radhakrishnan.

When a product is pushed from prototype to production stage, game designers, artists and animators are brought on to translate the vision in an experience that goes well with the flow.

What differentiates BYJU’S product pod is that a product manager may not necessarily be in charge of a pod. Although a product manager could be the ‘champion’ of some features, an engineer would call the shots when a component is heavy on the engineering side. Similarly, an academic team may lead the initiative when the company is evolving the content or reimagining how the game experience should be.

As for the product function structure, all vice-presidents of product and design report to Radhakrishnan while senior project managers and designers report to the VPs.

Generally, the key performance indicators, or KPIs, are the products themselves — the objective of a pod is that the product should do well in the market. But for large products, there will be sub-KPIs, and product managers will be in charge of different aspects. For instance, one may solely focus on user engagement while another may work on long-term retention.

Despite the elaborate product-building exercises with multiple streams of makers, one nagging problem in the initial days was deciphering students’ choices. The team found no reason to prefer one kind of educational product over another. So, intuition did not help much.

That was why the edtech startup decided to sit with kids and gauge their responses to various features and designs. It turned out to be a masterstroke in A/B testing wherein two versions of a product are tested for consumer reaction.

“Although we had a lot of misses in terms of communication and design language, the good thing about our audience is that kids are binary — they either love an experience or hate it. So, it is easy to finalise things based on their responses,” says Radhakrishnan.

The article was updated to remove incorrect NPS figures.