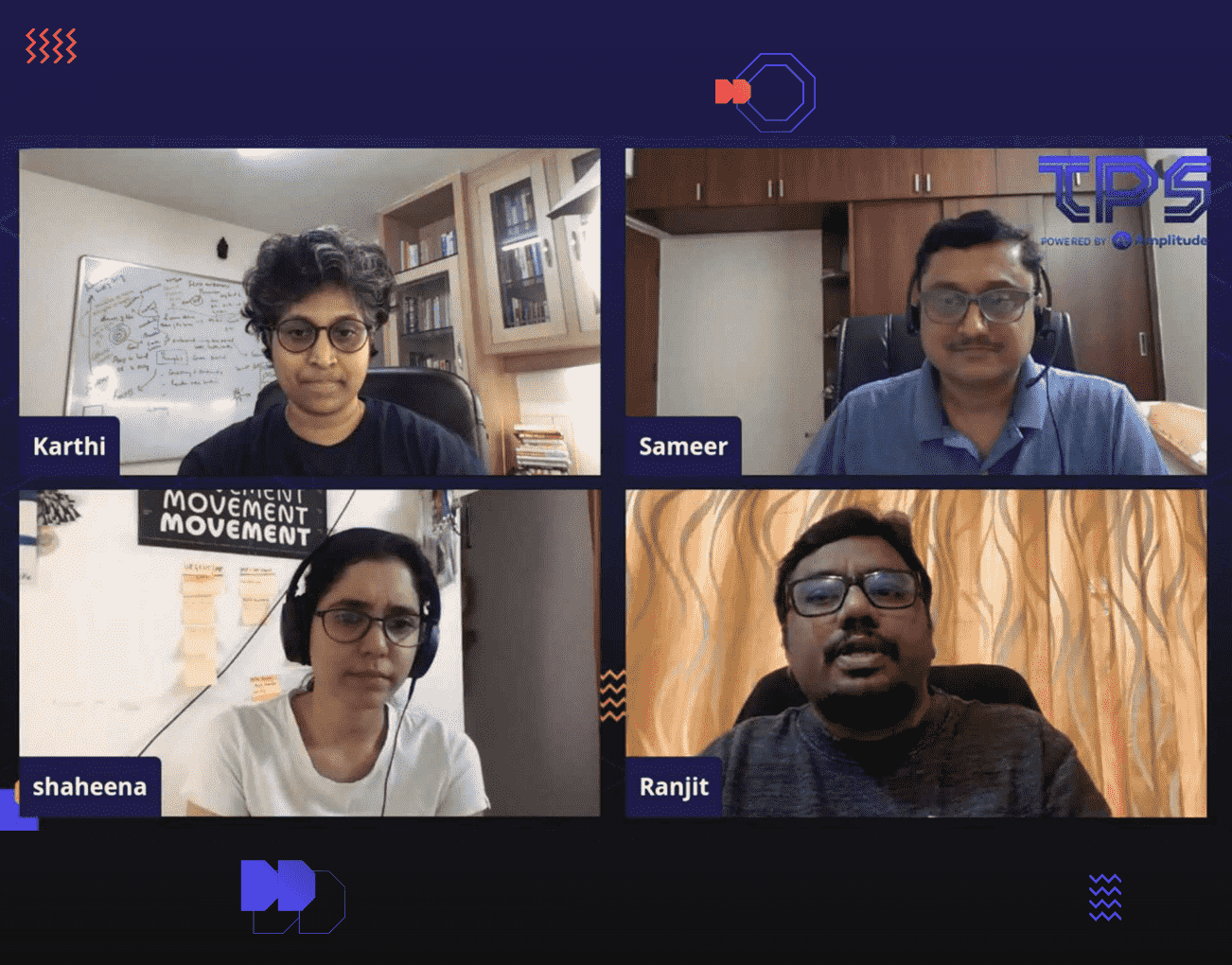 Hypothesis testing, where assumptions made by product teams are put through the market, is a crucial step in building the right user experience as notions may not always match real-world behaviour

The experienced product leaders believe that while adding features is crucial to bring in new users, the metrics are indicating about the level of customer delight

When most tech entrepreneurs or budding product managers think of building applications or products, they are attracted by fancy images of polished UX and differentiated UI design. But building products for the majority of India’s consumers and business users is about figuring out which inherent problem a product is solving and then easing all friction for face. Given the disparity in user behaviour in urban, semi-urban and rural context — so-called India vs Bharat debate — product builders need to think about solving niche problems.

That was the crux of the discussion at The Product Summit 2020 between BYJU’s chief product officer Ranjit Radhakrishnan, Flipkart product head Sameer Chavan and Experian founder Karthi Subbaraman, who is also a veteran product designer. Moderating the session on product building for the Bharat segment was Shaheena Attarwala, a design manager at Microsoft India.

So what exactly does it take to build a successful product that resonates across the Indian market such as Flipkart or BYJU’S — and how much of it is about based on feedback from the market vs popular notions that have been passed down from generation to generation in the Indian product community?

The Importance Of Testing Product Hypotheses

The first and often the most crucial step in locking down the features of a product before shipping is hypothesis testing. Here, the product team tests how an assumption made in the product development cycle will affect user behaviour. The validation or lack thereof will determine whether the feature is worth experimenting with.

Attarwala started off the discussion by asking the panel about their experience of handling negative feedback from hypothesis testing and turning around the product. BYJU’s Ranjit Radhakrishnan fielded the question first, sharing an anecdote of the edtech giant struggling to zero in on the right design language for its product, given that it had a target audience that was diverse on two fronts — geography and age.

“For a very diverse audience, what delight means for each member of the audience is very different. You consider what form the product will take in terms of memory, capacity and bandwidth (of the device being used)”, he said. On the other hand, the age group of four-year-olds up to 18-year-olds is a category where likes and dislikes change very soon as the kid turns into a young adult.

Another problem was that the team soon found out that it had no memory of how preferring one kind of educational product over another — so intuition didn;t help much. That’s when the edtech startup decided to sit with kids during sessions and gauge their responses to different features and designs in what turned out to be a masterstroke in A/B testing — a method by which two versions of a product are tested for consumer reaction.

“Though had a lot of misses in terms of communication or using a certain design language, the good thing about this audience is that kids are binary — they either love an experience or hate it,” said Radhakrishnan.

Bharat As An Action-Oriented Audience

While choices children make could be binary, product leaders and consumers of most tech products are adults — which means their tastes are much more subjective. Xperian’s Karthi Subbaraman illustrated the problems that arise from this with an anecdote.

Xperian is a startup that solves product challenges that companies with an ecosystem of product makers. Subbaraman recalled an instance when the startup published a design challenge for a company to hire for its product team. The process was such that leaderboard would be created on the basis of judges’ evaluation and the company would get a rank-based line-up of prospective hires.

From Xperian’s point of view, this entire process was a minimum viable product (MVP) that it was building to offer companies facing the hiring problem. But the product failed miserably as the judges’ evaluations of entries were so diverse that there were no clear winners or losers — even data crunching with Kaggle software didn’t help resolve the differences into a clear leaderboard.

To remove the degrees of complexity, Subbaraman had to iterate the MVP such that judges were left out of the equation and the participants were given a problem to solve in a day — which was more like an open internet test. This process worked out in the end as companies could choose from a list of solutions rather than trying to make an estimation of a potential hire’s abilities.

“The hiring cycle was cut down to eight hours on the basis of a strong hunch — the vision did not change but the implementation changed. What I understood from this that Bharat is more action oriented,” said the veteran product designer.

Design Experimentation A Necessity To Tap Into Bharat

Flipkart’s head of design Sameer Chavan said the action-oriented nature of Bharat means that product makers have to continuously experiment with UX features to tap into the audience. And doing so by mindlessly cloning apps from the western, Chinese or Southeast Asian markets won’t work, according to the product leader.

For example, when Flipkart was building its social commerce platform 2GudSocial, the company found that while influencers elsewhere preferred videos to be in landscape mode by default, in India, the portrait mode was more popular due to the power of TikTok and Instagram in recent years in India.

But experimenting with features doesn’t mean taking a complete detour from designs of functionalities that have succeeded. Chavan recalled an instance when he was building a voice functionality in an app, there was a deadlock around what icon to denote the feature with.

The solution occurred in the form of the realisation that most users in the country have already grown familiar with the voice icon in WhatsApp.

“We thought we could reuse it because people already know it. But it had a kind of a different way of working where users press the icon and hold it while speaking into the phone’s microphone. That’s when we realised we had a wrong pattern implemented and needed to correct it,” said Chavan.

However, he cautioned that sometimes applying a similar pattern may not work out, even if it’s been successful in other apps — in which case the product team should keep experimenting with other ways of representation.

While chopping and changing features to arrive at the optimal solution, it is crucial to keep a tab on what the metrics are indicating about the level of customer delight.

“I believe that if you’re building to solve a specific need, identifying a core loop for your feature or for your product is sacrosanct. The core loop essentially drives value through a set of actions that the user does in a particular flow to get what he wants,” said Radhakrishnan.

The BYJU’s product head explained that metrics should be crafted in a way that they communicate whether the set of actions has enough value proposition for the user — apart from measuring the usual fare of conversion and retention.

Flipkart’s Chavan, however, pointed out that it is also crucial to measure if the value proposition for the user translates into value creation for the tech company building the product. One instance where this point is often missed is integrating multiple products or features into a super app ecosystem.

According to the Flipkart exec, super apps often make the mistake of pushing the user from one feature to another — such as short video to free gaming — but miss out on channeling the user’s attention span towards ecommerce purchases.

When this division of the user’s attention happens between features that drive conversions versus those that just increase engagement within the product, there’s a thin balance that needs to be worked out.

Experian’s Subbaraman quipped that to resolve such tricky situations, she has three ultimate metrics, “bank balance, customer acquisition and retention”.