Khatabook raised $100 Mn in its Series C round, and insurance tech unicorn Digit Insurance closed its fresh round at $16 Mn

Prime Venture Partners has closed its fourth fund with a $100 Mn corpus; plans to make investments in at least 20 startups 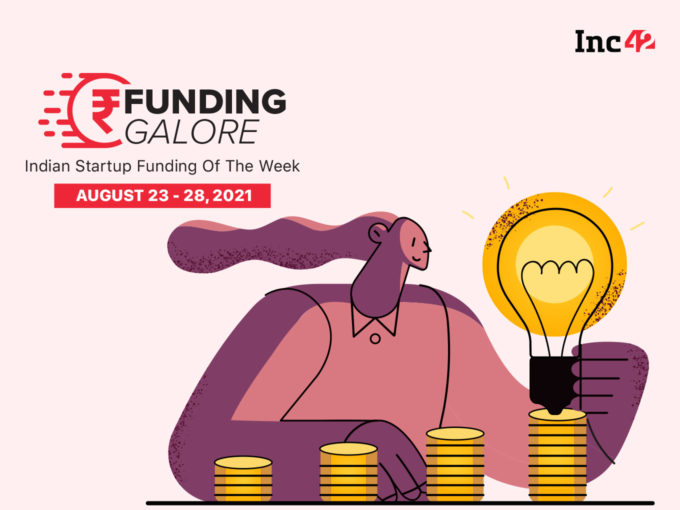 The highest funding this week was raised by fintech startup Khatabook of $100 Mn in its Series C round, bringing its valuation to $600 Mn. Besides, insurance tech unicorn Digit Insurance closed a fresh round worth $16 Mn from TVS Growth Fund and RS Filmcraft.

Furniture rental startup Furlenco has raised $15 Mn from TradeCred, whereas foodtech startup Curefoods, the parent company of cloud kitchen startup Eat.Fit, raised $13 Mn in its Series A round led by Iron Pillar.

Overall, the ecommerce sector and enterprise tech amassed the most investments this week:

Freshworks Files For IPO In US

Enterprise tech giant Freshworks has filed for its initial public offering (IPO) in the US, with an offering of up to $100 Mn. The company is yet to specify if it will raise the capital by issuing new shares or offloading shares of its existing investors, or both.

Delhivery Plans To File For IPO By October

Logistics and supply chain startup Delhivery plans to file its DRHP for initial public offering (IPO) to raise nearly $1 Bn by October this year. The unicorn, backed by SoftBank Vision Fund and Carlyle Group, could be offering both new and existing shares. It is targeting an India listing before March 2022.

Logistics tech startup Delhivery has acquired Bangalore-based Spoton Logistics for an undisclosed amount. As part of the transaction, Samara Capital and Xponentia, which acquired Spoton from IEP in 2018, have made a full exit for cash. With this acquisition, Delhivery plans to strengthen its existing B2B capabilities further.

Atrium Angels Plan To Back Startups With ISB Founders

With an undisclosed corpus, the fund will offer pre-seed and seed-stage capital to startups where at least one cofounder is an Indian School of Business alumnus.

2am VC To Invest In Over 50 Indian Startups

US-based venture capital firm 2am VC plans to invest $10 Mn in more than 50 Indian startups by the end of 2022. The VC has already completed 10 investments between April and August and plans to complete five more by the end of 2021.

Venture capital firm A91 Partners has announced the close of its second fund at $525 Mn —  almost double of what it closed in its maiden round in 2019. The VC has onboarded limited partners such as Canada Pension Plan Investment Board and Allianz Group with this round. Nearly 90% of the investment is in dollar commitment, and the rest will be in rupees.

Early-stage venture capital firm Prime Venture Partners has closed its fourth fund of $100 Mn corpus and aims to make 20 new investments in the next few years with a ticket size of $1-2 Mn.

The earlier version of the story had a typo in the funding amount raised this week, the same has been rectified.