Funding Galore: From Gupshup To Droom – Over $1.16 Bn Raised By Indian Startups This Week

Funding Galore: From Gupshup To Droom – Over $1.16 Bn Raised By Indian Startups This Week 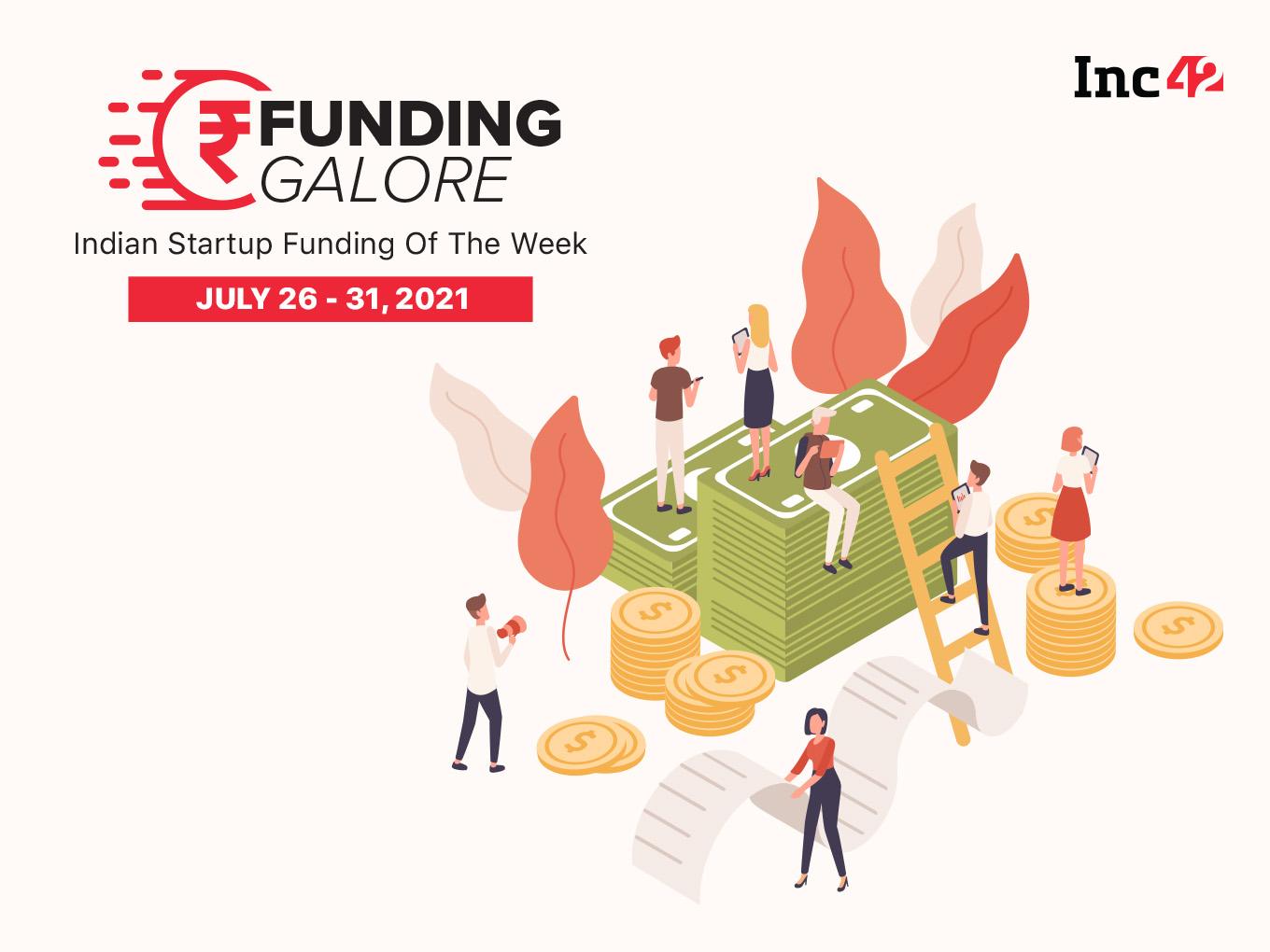 This week, automobiles marketplace Droom and enterprise tech startup OfBusiness entered the unicorn club. In 2021, the Indian ecosystem has now seen 17 startups enter the unicorn club, while the total count of startups with over $1 Bn valuation has gone up to 58.

Droom raised $200 Mn in what it claims to be a pre-IPO round, and entered the unicorn club with a $1.2 Bn valuation. The company is now gearing to go public either on NASDAQ or in India next year. Droom claimed to be on track to record $1.7 Bn in gross transactions this year, with $54 Mn as net revenue. It is aiming for a net revenue of more than $65 Mn by the end of 2021.

OfBusiness raised $160 Mn led by SoftBank, which invested through Vision Fund-II, valuing the company at $1.5 Bn. SoftBank has invested the majority, with $10 Mn coming from Falcon Edge Capital and Matrix Partners.

Beyond this, Gupshup and Sharechat also bagged mega rounds this week. Enterprise messaging and communications company Gupshup raised $240 Mn in a Series F top-up round following a $100 Mn funding round in April, while ShareChat’s valuation shot up to $2.9 Bn after the $145 Mn round.

In terms of the deal count, this week saw a total of 51 disclosed rounds, with over 188 deals throughout July. Here’s a look at all the deals this week.

Given that venture capital funding is coming at a steady clip this year, startups are in a better position to orchestrate mergers and acquisition deals.

After launching it as a joint initiative with skilling platform Safeducate, Sequoia-backed Seekify has acquired SafeJob, a skill development and job readiness platform for entry-level white collar non-tech talent.

Launched in March 2020, SafeJob claims to have trained over 1.5 Lakh kirana store owners on Covid protocols. Seekify had raised $1.5 Mn from Sequoia Capital India’s Surge accelerator last year and Safeducate founder Divya Jain is likely to come on board Seekify as a cofounder.

“I welcome the Jacada team and celebrate the announcement that will ultimately bring cutting-edge low code/no code technology to our portfolio along with a very talented team of professionals who will supercharge the Uniphore innovation engine,” said Uniphore cofounder and CEO Umesh Sachdev.

Cashify Acquires UniShop; To Be Rebrand As PhoneShop

Used electronics marketplace Cashify has acquired UniShop, which enables retailers to sell online, for an undisclosed amount in cash and stock. Cashify raised $15 Mn in its Series D funding round from Olympus Capital in March. According to an ET report, it is in talks to raise another $50 Mn.

Following the acquisition, UniShop will be rebranded as PhoneShop. The platform has more than 3 Lakh small merchants and offers store management, billing, inventory, ecommerce development, marketing, payments and marketing support.