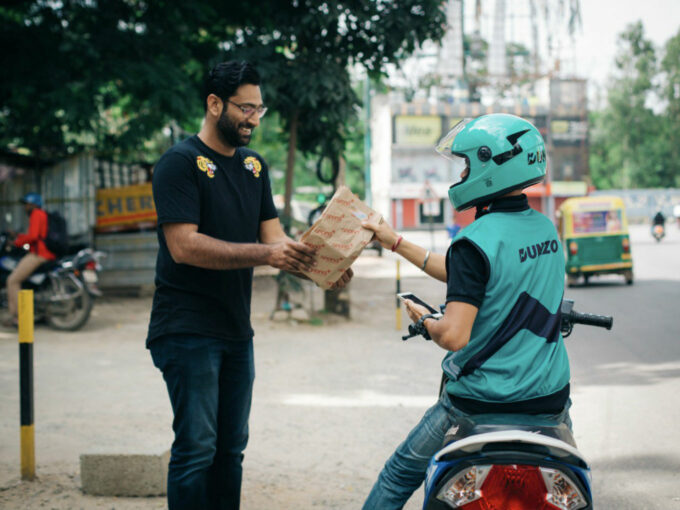 Bengaluru-headquartered hyperlocal delivery platform Dunzo has tapped into massive growth during the lockdown with up to 33% growth in its weekly orders and a massive spike in average ticket size, savings per delivery and number of orders fulfilled per hour.

Dunzo cofounder and CEO Kabeer Biswas revealed recent growth figures while talking to Inc42 cofounder and CEO Vaibhav Vardhan in the latest edition of the ‘Ask Me Anything’ series under the #StartupsVsCovid19 platform.

Biswas also said the company broke even on each order level. This can be seen as a massive improvement for a company which was under criticism for no real revenue in FY19. earlier, to cut down on losses, the company claimed to have brought down per delivery losses from INR 142 to INR 30. Talking about the growth vs profitability debate, Biswas said,

“What this time and supply shock allows is to rewrite economics quickly and reset a new normal, so, we were able to do that within a week or week-and-a-half of the crisis.”

Biswas said that every market requires a certain amount of transactions to cover fixed costs and takes 18-24 months to reach there. “There is no way to turn a city profitable in less than 18-24 months. If there is, it gets too expensive. So there’s always the right amount of time that you deploy a particular amount of capital in for you to be able to get the best bang for your buck,” he added.

In the case of Dunzo, the company’s first major market Bengaluru used to be profitable about 24 months back and is expected to turn profitable again in the next six months. Its Pune operations were launched nearly two years ago will be profitable in 2-3 months, he claimed.

Biswas noted that the user propensity to pay has grown 4-5% more without conversion drop. He further noted that due to lack of stores, distances for each order have grown, which means users pay more for delivery fees and commissions.

On the delivery partners side, Biswas said, that average delivery time has actually dropped in some cases, even when travel distance is longer due to fewer vehicles on the road and faster travel time. The velocity of order fulfilment has increased leading to 25% growth in transactions per hour by the delivery rider. On the merchant side, the benefit is being seen in the higher cart value when checking out, and the shift to higher value items.

On Swiggy Genie And Other Competition

As Swiggy expanded Genie hyperlocal service enabling users to order items from local stores and send parcels to each other, Dunzo had to also deal with new competition during the lockdown. Talking about Swiggy Genie, Biswas said that it will not pose Dunzo too many problems.

“We need 15 Mn -17 Mn transactions on a monthly basis to get profitable on a company level, which is nearly 1.3% of the total business. The market that we are chasing is big enough, economics that you need to run the company are at a market share or market penetration that is significantly smaller than the size of the market,” Biswas said.