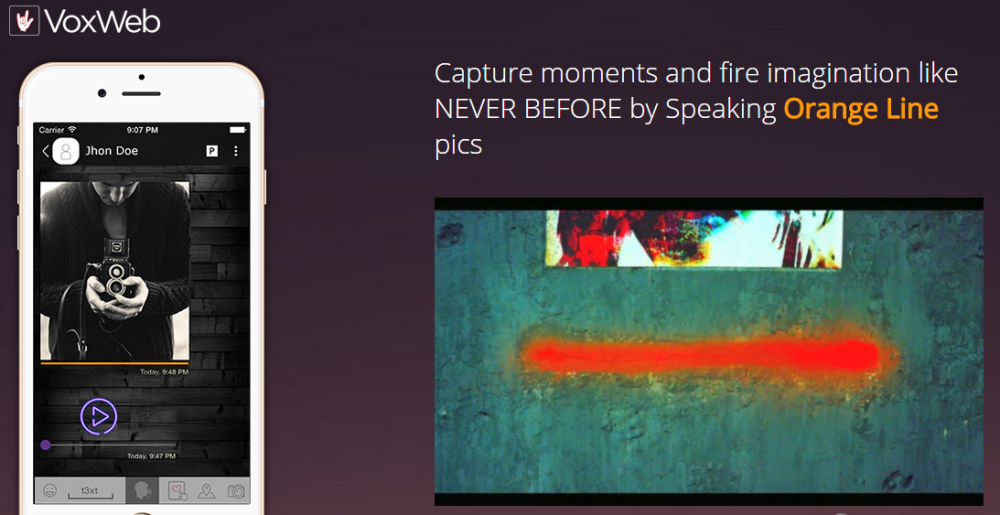 Founded in 2014 by Yash Mishra, VoxWeb is a mobile app that helps users to attach a voice clip for up to 11 seconds to pictures taken on their smartphones.

Pictures created through VoxWeb can be sent to inter-personal contacts in the VoxWeb network or can also be shared publicly with followers in the VoxWeb’s social section. A user simply has to touch the received picture with an orange line on it to hear the voice caption.

Currently, the app has about 1000 installs on Android as per Google Play Store stats.

Recently, the startup has launched its app on iOS and Android platforms in India, Europe and in the US. Besides, it is also targeting to launch in South Korea, Japan and the African continent in coming couple of months.

On this development, Gupta of Citrus Pay told ET that, “Nothing captures a moment and fires imagination better than a speaking picture. Through group photos in concerts or stadiums to incredible travel pics to emotional selfies, speaking pics or vox-pics will enable the users to capture and share a moment like never before.”

With this innovation, VoxWeb is following on the footsteps of mobile first communication apps such as WhatsApp, Snapchat, Instagram etc. It will be interesting to see how this works out in the market.