Uber Slaps Ola With a Lawsuit

Uber Slaps Ola With a Lawsuit 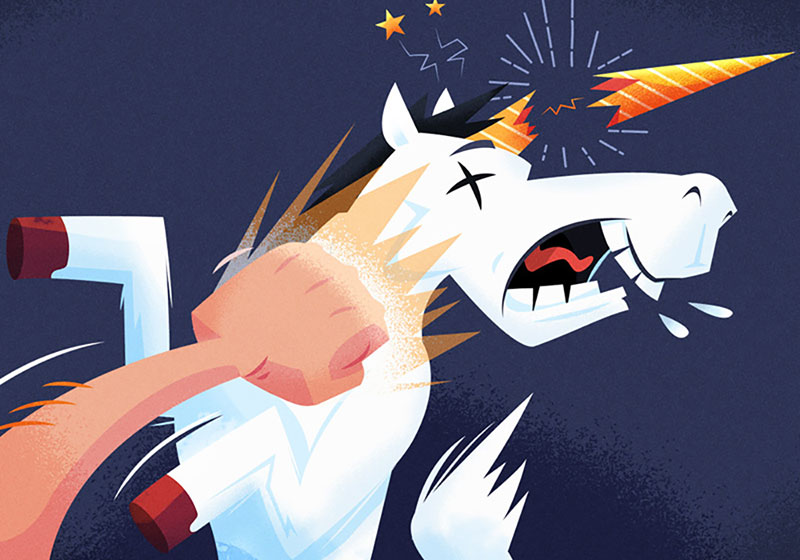 The war between Uber and Ola is getting murkier by the day. Uber has alleged that Ola employees and agents are making false bookings on its app, in a complaint filed in Delhi High Court.

As per a copy of the complaint with Inc42, Uber has alleged Ola of 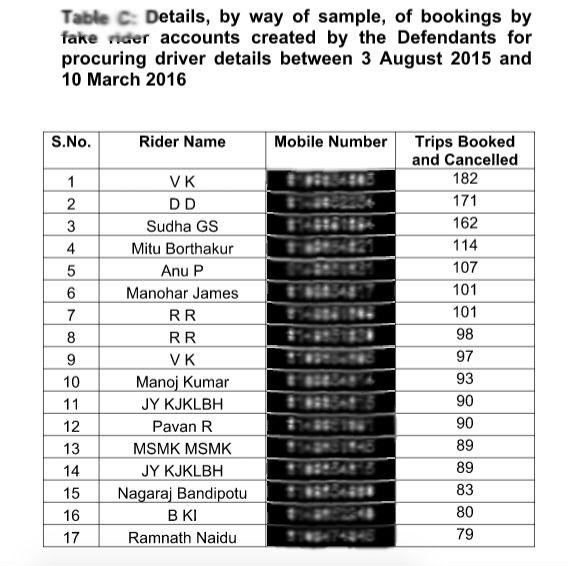 In the complaint, Uber claimed that over 20,000 drivers left the company platform due to Ola’s wrongdoing. Therefore it is seeking damages worth $7 Mn (INR 50 Cr) from Ola.

Acting on the complaint, Delhi High Court has issued a notice to OLA cabs over Uber’s plea alleging interference in business activities. The next hearing of the case is on September 14, 2016.

Replying to reports, Ola issued an official statement, denying the allegations. It said-

Earlier Ola had filed a contempt petition that Uber had added and was plying new diesel vehicles within Delhi in wilful and deliberate defiance of Delhi high court’s October 14, 2015 order.

This comes at a time when Uber is at the receiving end of flak from customers for charging upto INR 100, for cancelling an UberPOOL trip. The reason cited for the deduction is that the UberPOOL driver was already en route to the pick-up location at the time of cancellation. 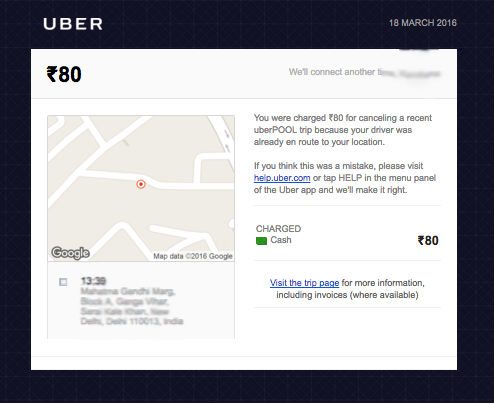 Uber is not the only one alleging Ola of wrongful business practices. In December 2015, Chandigarh-based on-demand auto rickshaw aggregator, Jugnoo, alleged Ola of ‘attempts to bribe people for sharing our employee database’ on its blog. In the post Jugnoo said-

Your approach of acting up like a rich adolescent kid, who thinks that he can mow everyone under his Ferrari is reeking of insecurities.

Today, it made an announcement that Ola has partnered with Mumbai Metro, enabling commuters to recharge their prepaid metrocards by using the Ola Money app. Also, Ola Money is the exclusive digital payment partner for Rajasthan State Road Transport Corporation (RSRTC). Now users can book tickets online on the state transport’s website or offline during their bus ride by using Ola Money.

Prior to this, reports surfaced that Ola’s least expensive compact car service ‘Micro’, launched to challenge UberGo was struggling to keep up with the surge in demand. Also in January 2016, Ola launched ‘Ola Corporate’ to offer seamless mobility experience to corporate travellers across all major Indian metros. Although, the expansion streak has not been an easy ride for Ola, as evident by its shut down of food-delivery service ‘Ola Cafe’ and ‘Ola Store’ earlier this month.