From Last To The Top: Snapdeal Now Delivers The Fastest, Says RedSeer

From Last To The Top: Snapdeal Now Delivers The Fastest, Says RedSeer 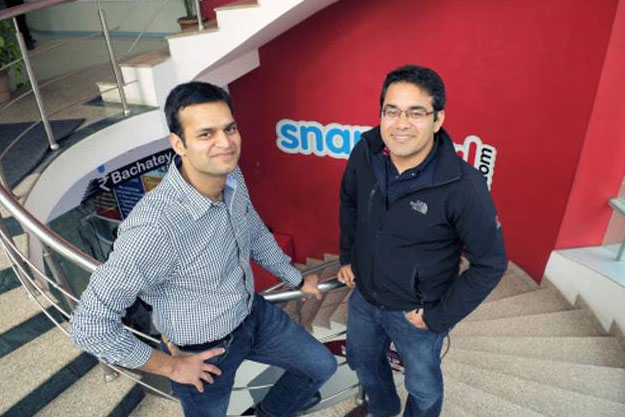 Etailing in India is expected to reach $100 Bn in annual sales by 2022. Where some etailers are trying to sway the entire market with luring discounts, there are a few who are edging with being a faster deliverer of products.

RedSeer Consulting, an advisory firm in Indian consumer internet space, recently issued a mystery shopping report, based on the data gathered by tracking more than 6000 orders across 25 cities over a three months period viz. November 2015 to January 2016.

As per the report based on the performance of Indian etailers on parameters like speed, reliability and warehousing capabilities, Snapdeal tops the list with the fastest delivery time of 3.9 days, closely competing with Amazon, delivering in 4.1 days. However, on an average basis, Amazon can still be considered to be the fastest.

Among the five etailers studied, Shopclues secures the last position taking on an average 7 days to deliver the order. 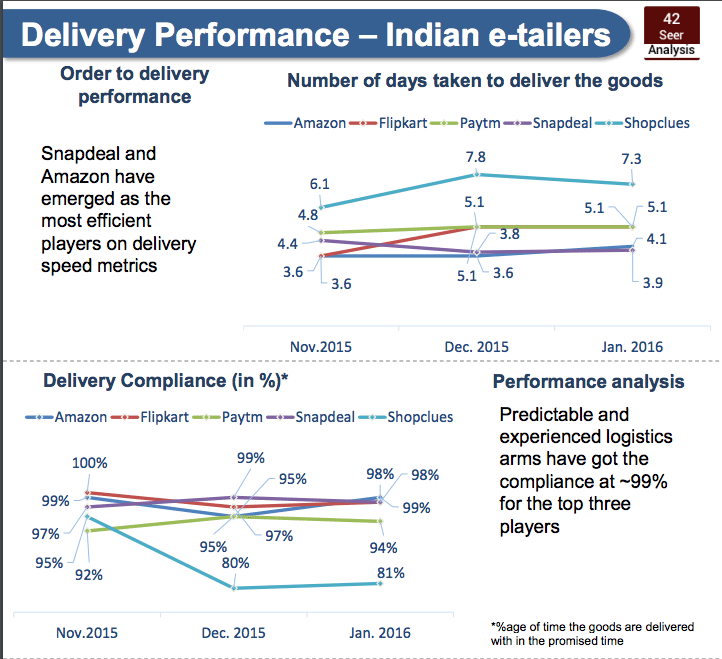 Snapdeal was started by Kunal Bahl and Rohit Bansal in 2010. The online marketplace currently has more than 30 Mn products across 800 plus diverse categories. Snapdeal has invested $300 Mn last year in strengthening its logistics and supply chain capabilities.

In the past one year, it has also added 2 Mn sq ft of warehousing space spread over 25 cities and has built 63 fulfilment centers to increase its reach to new geographies. It provides deliveries to 6000+ cities and towns in India.

Just two years back, Snapdeal’s service performance was perceived poorly in comparison to those of Flipkart and Jabong. And today, its topping the list. At present, Flipkart, Amazon and Snapdeal are among the prominent horizontal ecommerce players in India. By 2018, it is expected that they all will grow with a CAGR of more than 50% and a GMV run rate of $10 billion plus. Certainly, the competition has grown to another level and has increased at least 10 folds for the new entrants. It would be worth watching how upcoming startups will try to plough the niche in this space and reach the already set benchmarks.